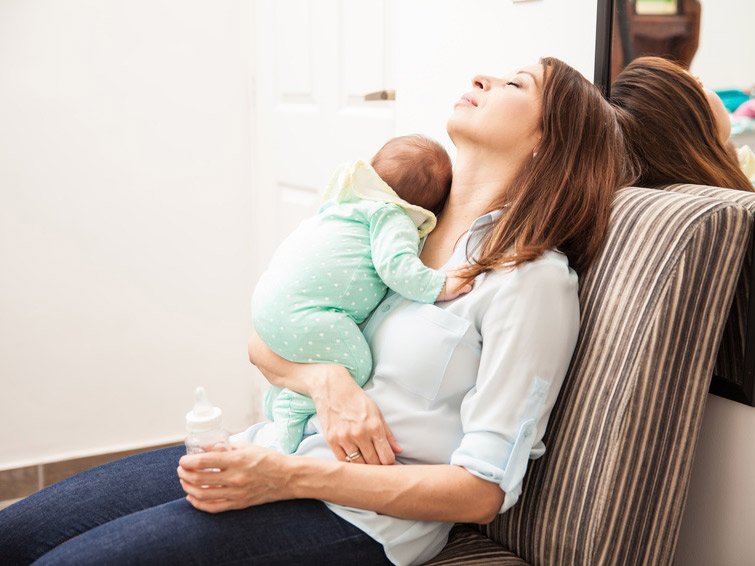 The birth of a child, has felt a strong impact on sleep: mothers especially in the first three months after the birth of drastic cuts. But also in the long term, the sleep decreases in duration and satisfaction in both parents: Even years after the birth, many parents still feel affected.

A new study by researchers at the University of Warwick, according to mothers and fathers suffer after the birth of the first child up to six years of sleep disorders and do not reach the quality of sleep from the time before pregnancy. In the first three months after birth, mothers were sleeping an average of an hour less than before the pregnancy, during the duration of sleep of the fathers fell to about 15 minutes. Dr. Sakari Lemola, Department of psychology, University of Warwick, explains: "Women tend to the birth of a child to greater sleep disturbance than men. This shows that mothers are more likely to be in the role of the primary caregiver than fathers."

When the children were four to six years old, slept the mothers about 20 minutes and the fathers of 15 minutes of less than before the pregnancy. Your satisfaction with the bedroom, took a similar course. The disturbances of sleep were the parents with the first child compared to experienced parents larger. In addition, the sleep problems were among breastfeeding mothers in the first half year after birth, a little more pronounced.

The scientists had studied for the study, the long-term effects of pregnancy and childbirth on the sleep of 4659 young parents. They interviewed the parents over a number of years to their sleep duration and satisfaction.