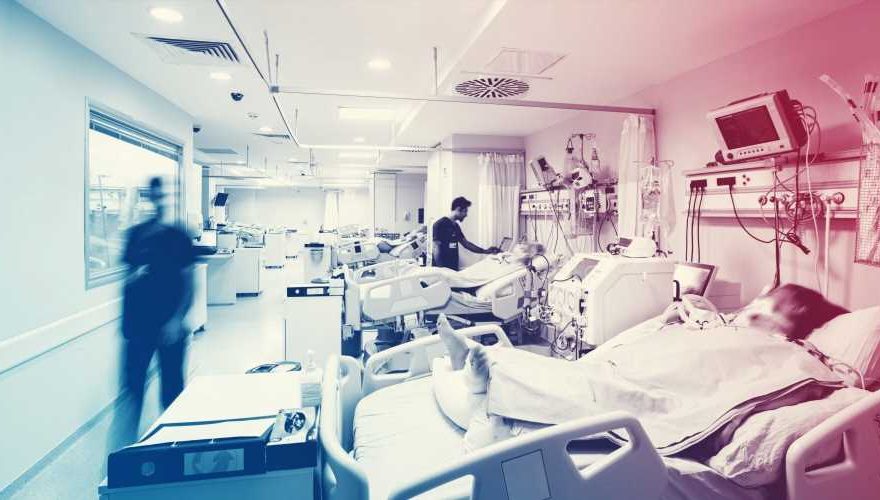 A nurse who contracted COVID-19 last year is finally home, months after he was admitted to hospital with complications related to the illness that left him paralyzed.

Last summer, Desmon Silva, 23, was working on the frontlines of the pandemic at a hospital in Tampa, Florida when he became infected with the virus. On July 16, he stopped breathing and was placed on a ventilator, before becoming paralyzed from the neck down. He was flown up to Boston's Massachusetts General Hospital after that to receive treatment.

Two months after testing positive for COVID-19, Silva was diagnosed with acute disseminated encephalomyelitis (ADEM), a rare disease that affects the nervous system and usually follows viral or bacterial infections, according to the National Institute of Neurological Disorders and Stroke (NINDS).

"It kind of laid dormant in his system, and it just attacked the immune system as well as his spinal cord and central nervous system," Silva's mother, Barbara Bonnet, told local news station WFXT. "It was very acute, very fast that it happened, and at that point, it just shut everything down."

Patients with ADEM experience an attack of inflammation in the brain and spinal cord, which is typically brief but far-reaching. It damages the protective covering of nerve fibers, known as myelin, which can result in neurological symptoms like visual loss (in one or both eyes), difficulty coordinating voluntary muscle movements, and weakness (sometimes to the point of paralysis). These symptoms mean ADEM is sometimes misdiagnosed as a serious first attack of multiple sclerosis (MS), which also causes injury to the brain.

The long-term prognosis for people with ADEM is generally favorable, per the NINDS, with total or near total recoveries within six months. However, some patients may have mild to moderate lifelong impairment, such as cognitive difficulties, weakness, loss of vision, or numbness.

"It's been difficult. You're kind of helpless, in a way," Silva's father Jose told Spectrum Bay News 9. "To see him smiling and joking actually gives us strength to keep moving forward with his recovery."

Silva's stepmother Lynette Silva told local news station WFTS that she couldn't put into words how traumatic the experience has been. "He can't do anything on his own. He needs a machine to breathe for him. Pretty difficult but he keeps a positive mindset through all of this," she said.

Silva's girlfriend Brooke Griffin says his prognosis is unknown, so it's a day-by-day day process. Doctors have told Silva that his rehab program will be aggressive, and he will most likely be getting some kind of physical therapy for the rest of his life.

"He knows this will be a long road but he is determined and strong enough to fight for it," Griffin tells Health. "He is extremely excited and eager to start therapy and start seeing progress."

An update on the page in January revealed that Silva had regained the ability to sit on the edge of his bed with some assistance and was safely being weaned off some of his medications. He spent seven months receiving treatment for his illness in the Boston area, but recently was finally discharged from the hospital and flew home to Florida via Jet ICU, a company that uses private aircrafts as fully equipped flying ICUs.

Right now, Griffin says Silva is doing great being back in Florida. "He has been sitting poolside for the past week and soaking in the sun and spending quality time with his family," she says. "It was his first time sitting outside in his chair for almost eight months and he said it felt 'incredible and unreal.'"