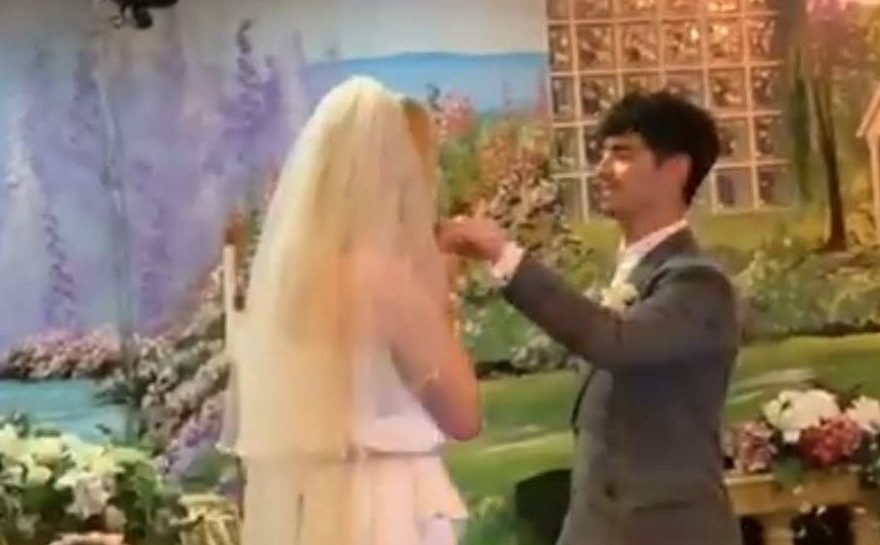 Congrats are in order for Sophie Turner and Joe Jonas, as the couple got married last night in Las Vegas, right after the Billboard Music Awards. The pair had previously said that they wanted to get married “in France” during ” the summertime” but this Vegas wedding was soooo much cooler.

Why did Sophie Turner and Joe Jonas get married in Vegas?

We’re not entirely sure, but the lowkey, cool, and kinda bizarre wedding fits with their personalities. As E! News reports, they exchanged Ring Pops instead of jewelry, and their officiant was an Elvis impersonator.

You can catch a glimpse of their vows below.

Who was at Sophie and Joe’s wedding?

Everyone’s favorite DJ, Diplo, was there, and he live-streamed a good chunk of the wedding on his Instagram. Khalid was also there, as well as the country music duo Dan + Shay, and they performed their song “Speechless” during the ceremony.

The rest of the Jonas Brothers were there serving as groomsmen, but so far there’s been no footage of Priyanka Chopra or Danielle Jonas at the wedding. We’re gonna assume that they were there somewhere, especially since they had been seen with Sophie earlier at the BBMAs.

Sophie had previously said that her Game of Thrones co-star and best friend Maisie would be one of her maids of honor, but it doesn’t look like she was at the wedding, leading many to believe that a second, more extravagant wedding, is on the way.