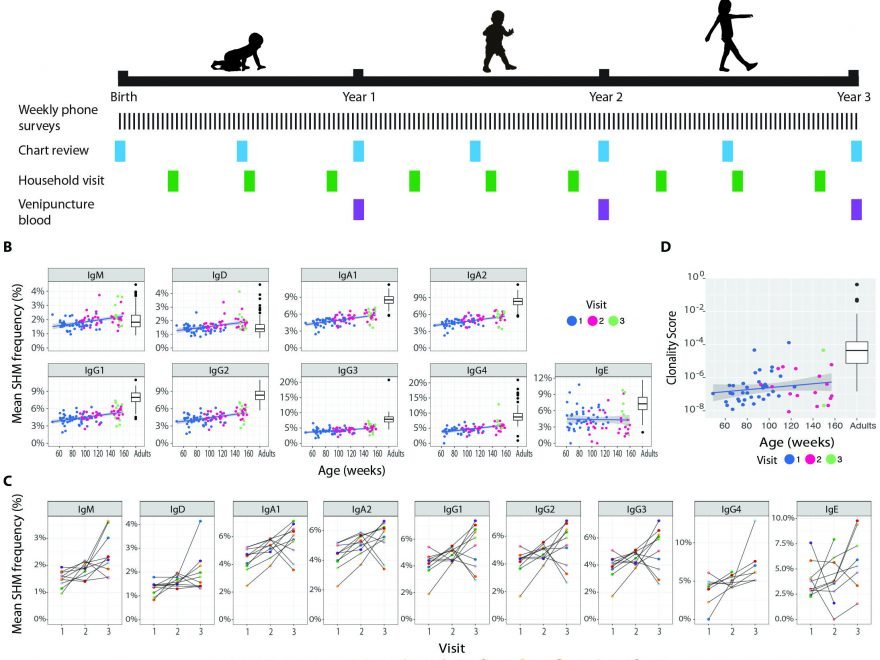 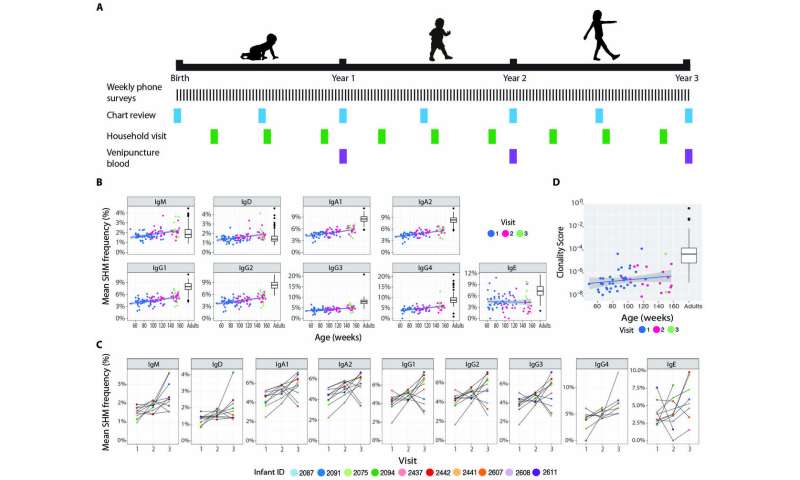 A team of researchers from Stanford University, the University of Cincinnati, Children’s Hospital Medical Center and the Garvan Institute of Medical Research has found a link between mutated antibodies and a heightened risk of allergic diseases in children. In their paper published in the journal Science Translational Medicine, the researchers describe their multi-year study involving young children volunteers, and what they found.

Over the past several years, medical scientists have come to believe that the development of allergies in some people is likely due to a combination of genetics and environmental factors. In this new effort, the researchers conducted a multi-year study of the impact of environmental factors on B cell receptors in developing children. Prior research has shown that B cell populations produce protective antibodies. It has also been shown that B cell receptors go through a maturation process during the first years of life and that the process is impacted by exposure to chemicals involved in setting off immune reactions. By studying the maturation process in children exposed to environmental chemicals, the researchers hoped to find which, if any, might be responsible for the development of allergies.

The work involved testing 51 children for exposure to environmental elements and tracking changes to B cell receptors. The researchers looked for the presence of household chemicals in the bodies of the children along with a host of other molecules typically found in or around the home. The children were tested routinely from birth up until the age of three.