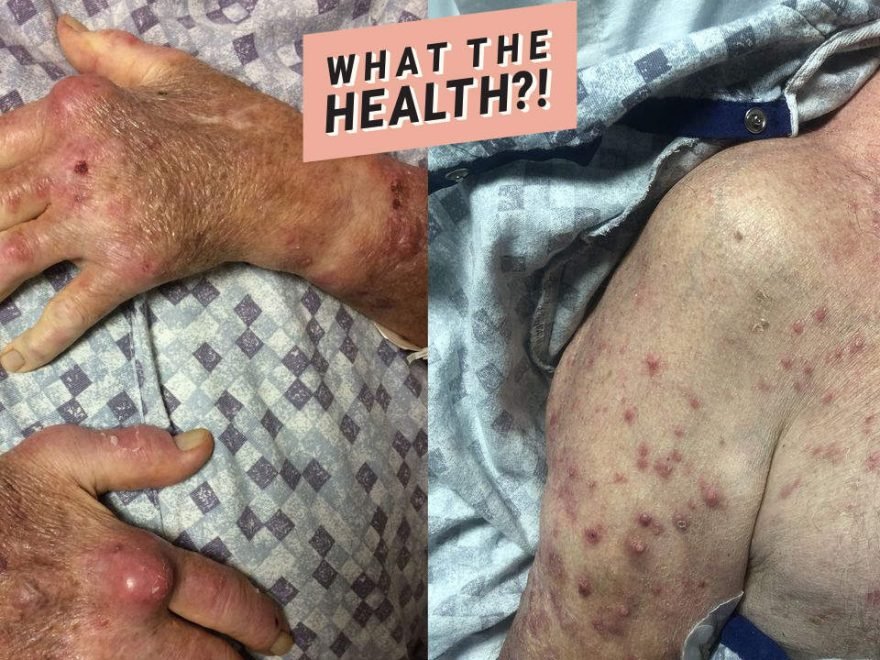 Pet owners are at risk for countless animal-related diseases. But you probably wouldn’t guess that owning a fish could be detrimental to your health. However, a recent article published in BMJ Case Reports tells the story of a 73-year-old man who contracted a horrifying bacterial infection after cleaning his fish tank.

After breaking out in chickenpox-like rashes on his arms and torso, the unnamed man was sent to the University of Iowa’s infectious disease unit. The doctors who treated him first thought that he might have developed an infection from a bacterium called Nocardia, which can cause chest pain, coughing, and breathing difficulties.

The patient didn’t have any of these symptoms, however. After running a biopsy on his swollen rashes, doctors determined that the man was infected with Mycobacterium marinum—a bacteria that is common in home aquariums and can cause infections in humans.

According to the case study, M. marinum produces a yellow pigment when it’s exposed to light and is carried by most saltwater fish. It can be spread to humans by either a fish bite or by exposing an open wound to the water in a fish tank. M. marinum is often misdiagnosed as syphilis, tuberculosis, or tularemia, another rare infectious disease caused by different bacteria.

The man was given antibiotics and is in the process of recovering. But medication doesn’t always cure the infection. In some cases, a patient may have to get surgery if the bacteria has infected deep tissue.

As horrifying as this infection can be, you probably don’t have to worry too much about contracting it. According to a 2015 NIH case study, M. marinum is relatively uncommon. To help prevent the likelihood of developing this infection, it’s best to wear waterproof gloves when cleaning your fish tank or handling pet fish, the NIH report suggests.