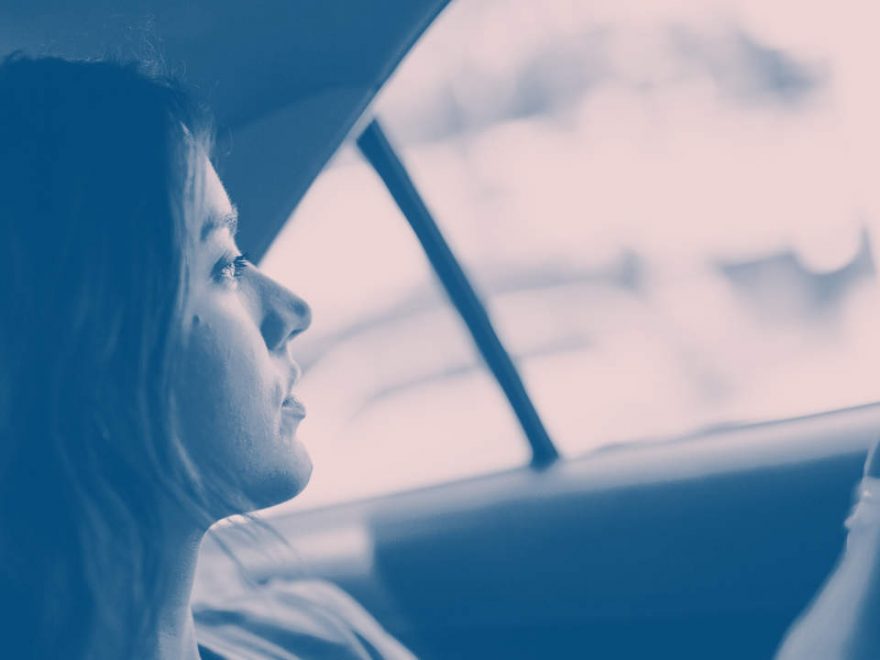 Hopping into an Uber or a Lyft has become such a normal part of life, it’s easy to forget that you’re getting into a car with a total stranger. Over the weekend, a student at the University of South Carolina got into a car thinking it was her Uber. The next day, police found her dead. She had accidentally mistook a predator’s car for the Uber she called for a ride.

Samantha Josephson was leaving a bar just past 2 a.m. on Friday night in a popular nightlife neighborhood close to campus in Columbia, South Carolina. It wasn’t super late (by college standards), and she was in a busy area. Surveillance footage shows the 21-year-old walking outside, waiting on the sidewalk, and holding her phone. Then, a black Chevrolet Impala pulled up next to her, and as pedestrians strolled by, Josephson got in the car.

It’s a mistake anyone could make. When you’re waiting for your ride, you might be worrying about getting enough sleep before work in the morning. Or perhaps you’re just mindlessly scrolling through social media. Whatever the case, when a car pulls up next to you, your instinct will likely be to get in.

But Josephson’s tragic death has made us think: How can women stay safe while using services like Uber or Lyft? Getting into a stranger’s car has become second nature, and this case has shown us that we all need to take a step back and become more aware of the risks that come with it. Here, six ways to stay safe while using ride-sharing apps.

Request your ride inside

If you’re standing outside on the street distracted by your phone, you’re likely not paying attention to what’s going on around you—and someone could easily catch you off guard and grab your purse, your phone, or worse, grab and assault you. David Nance, personal safety expert and owner of Sabre Security Equipment Corporation, advises that you request your ride while you’re still inside the venue you’re leaving, which will likely be well-lit with other people around, so a predator won’t try anything. This is also one of Uber’s top safety tips on their website.

Match the car (and driver) to the info on the app

Before you open the door, make sure the license plate and the car’s make, model, and color match what it says on the app, Nance says. Now, here’s a trick: Before getting in, ask the driver for their name—rather than just saying, ‘Hey, is this for Sam?’ If you give your own name, the driver could simply play along and say, ‘Yep, this is for Sam,’ even if it’s not.

Sit in the back seat

“Distance between yourself and the driver is a good thing,” Nance says. It not only means you have more space, but also that you can safely exit on either side of the car when and if you need to. Remember, this is a stranger. There’s no reason to sit in the front seat like you would with a friend.

Both Uber and Lyft give you the option to share your ride with others. On Uber, you’ll click “share status,” and on Lyft, you’ll click “send ETA.” The friend or family member you add will be able to see your location and your ETA, as well as information about the driver and the car. It’s always a good idea to share your trip with at least one other person, and tell your friends to do the same. If someone is leaving the bar early, the others should be able to see that they get home safe.

Don't give the driver personal info

As friendly as the driver may seem, never give out any personal information, Nance says. If you’re traveling, it can be easy to fall into a conversation about where you’re staying, what you’re planning on doing, and who you’re doing it with, but your driver doesn’t need to know any of that. It’s totally fine to chat, but make the conversation about something vague and simple, like the weather.

Be prepared for the worst case scenario

No need to be scared every time you get into an Uber, but it’s smart to be aware of what to do if you find yourself in a dangerous situation. If your driver is taking you somewhere other than your destination, Nance suggests trying to get the attention of other drivers or pedestrians. Roll down the window and yell for help. If it’s locked, wave frantically to people through the window.

It’s also smart to carry something you can use to protect yourself, like pepper spray or gel. And finally, don’t hesitate to call 911 if you think you’re in danger. You can also push a few buttons on your iPhone to alert your emergency contacts with a text message and your location. Find out how to send an emergency alert on your iPhone model here.