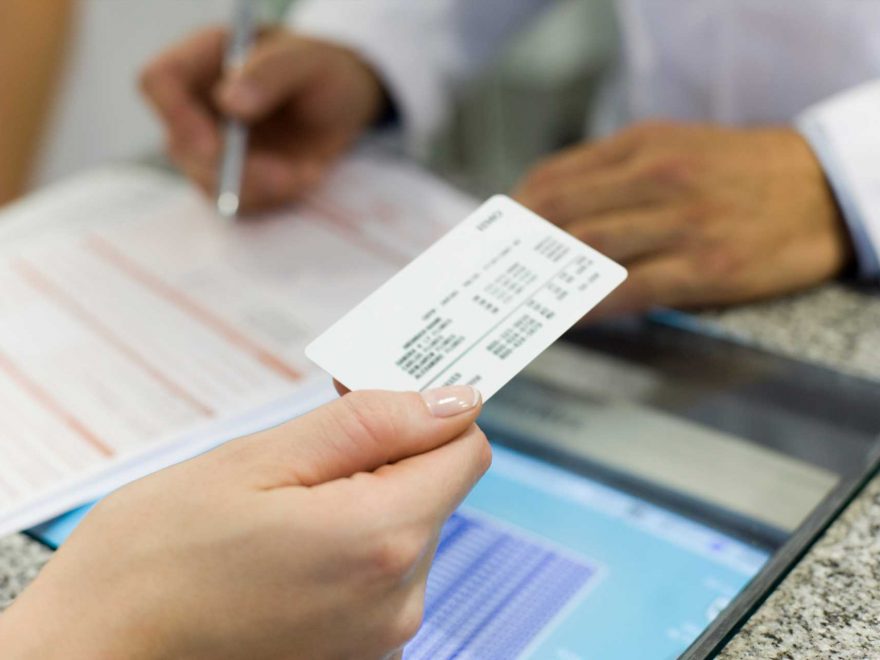 If there has been a silver lining to this terrible covid-19 pandemic, it is that the rate of Americans without health insurance dropped to a near-historic low, in response to various federal initiatives connected to the government-declared public health emergency.

Now, as the pandemic’s acute phase seemingly draws to an end, millions of low-income and middle-income Americans are at risk of losing health insurance. The United States might see one of the steepest increases in the country’s uninsured rate in years.

When the federal covid-19 public health emergency ends — as it is currently scheduled to on April 15, though it is likely to be extended — so will many of its associated insurance protections. That includes a rule forbidding states to kick anyone off Medicaid while covid-19 raged, which came along with a 6.2-percentage-point boost in federal Medicaid funding to keep these most vulnerable patients insured.

Before the pandemic, states would regularly review people’s eligibility for Medicaid benefits and remove people who no longer qualified. But with that practice suspended, Medicaid enrollment has grown by more than 12 million since the beginning of the pandemic; as many as 1 in 4 Americans are now insured by the program.

When the public health emergency expires and the extra federal funds disappear, states will be required to once again review enrollees’ continued eligibility. Millions of people could be dropped in the process, as many as 15 million over time by some estimates. That includes people whose income has risen, those who moved to another state, or people who simply haven’t returned the complicated paperwork to demonstrate their continued eligibility. The process is byzantine even in normal times, completed by mail in many states, making it particularly unreliable given how many people have relocated during the pandemic.

Many of the millions of people who lose Medicaid coverage, either because they no longer qualify or because they are otherwise dropped from the state’s rolls, sometimes mistakenly, are likely to discover they are uninsured only when they next seek medical care, such as when they visit a clinic or go to a pharmacy to refill a prescription.

And that’s in a country where an inhaler can cost $50 to $100, a doctor’s visit typically costs over $100, and hospitalization for covid-19 can run tens of thousands of dollars.

On top of all that, the enhanced government subsidies to buy Affordable Care Act health plans — provisions of the American Rescue Plan Act that make insurance more affordable for low- and even some middle-income people — expire at year’s end. For example, premiums for a “silver level” health plan that would typically cost $560 a month on average were reduced to just $390 with the extra government support for someone earning $55,000 a year, resulting in an annual savings of over $2,000.

When those enhanced subsidies expire, many lower-income Americans could be left with the prospect of paying double for health coverage.

The Build Back Better legislation, which passed the House in November, would have extended the more generous subsidies for purchasing ACA health plans. But the bill was declared “dead” this year by Democratic Sen. Joe Manchin of West Virginia, who refused to support it. Now Democratic leaders are hoping to negotiate a slimmed-down version of the bill, but it’s unclear whether a bill will materialize with the provision in it.

It is a perilous time to throw low- and middle-income Americans off the insurance cliff: A new omicron subvariant is spreading, and a program that provided coronavirus testing and covid treatment at no cost to the uninsured expired in March because the government ran out of funds to support it. Another program that provided vaccination at no cost to patients is set to end this month.

The public health emergency phase of the pandemic may well be winding down. Deaths currently average about 700 a day and are dropping. Schools and offices are reopening, some without masking. But about one-third of Americans are still not vaccinated. And, going forward, will newly uninsured low- and middle-income Americans be inclined to pay out-of-pocket to get a shot? If they get covid, how will they afford the pills to treat it, when the government bought Pfizer’s Paxlovid treatment for $530 a course and consumers could pay even more on the free market?

Patients vulnerable to losing their health insurance may not be prepared for the change. There’s been little mainstream outreach about the coming changes, and many people may not read government advisories or understand the ins and outs of pandemic health policy.

If people lose Medicaid this year, they will have a chance to enroll in an ACA health plan; the current enhanced subsidies mean they would be likely to pay little or nothing in the way of premiums until the end of the year — at which point insurance could become unaffordable and they would fall off the insurance cliff again.

Preserving insurance gains for low- and middle-income people is an important opportunity that grew out of our two-year-long national calamity. It shouldn’t be squandered. After all, covid is just one of many diseases that unduly affect poorer people without insurance. KFF polling in March found that Americans are more worried about “unexpected medical bills” than about being able to afford food.

The government has promised to provide 60 days’ notice before the public health emergency period ends for good, when states will have to trim their Medicaid rolls. The enhanced ACA subsidies don’t end until Dec. 31. There’s still time to find funding and act. As the risk of contracting a serious case of covid recedes, the risk of being uninsured shouldn’t grow.