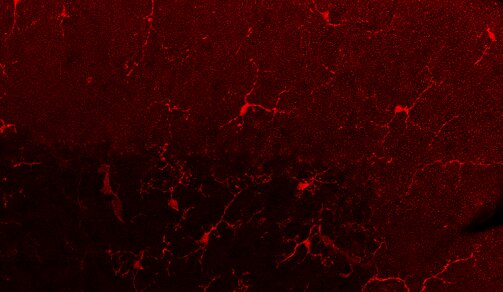 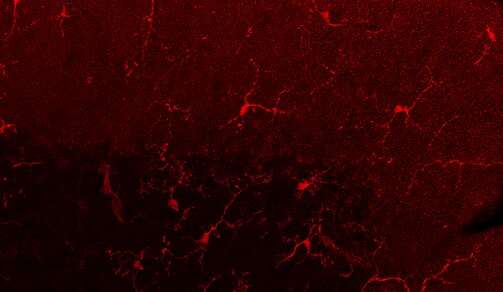 A new study led by the Neuropharmacology Laboratory (NeuroPhar) at UPF shows that increasing endocannabinoids in the brain may cause inflammation in specific brain areas such as the cerebellum, which is associated with problems of fine motor coordination. The results of the study in mice are contrary to what had been observed to date in other areas of the brain where endocannabinoids play an anti-inflammatory role. The article has been published in Brain Behavior and Immunity.

The endocannabinoid system is involved in many physiological brain functions, including motor coordination. This system is modulated by cannabinoids.

One of the beneficial effects of cannabinoids are their anti-inflammatory properties, which can be useful for treating inflammatory diseases that develop in the brain. To date, an increase in the main endocannabinoids—2-arachidonoylglycerol (2AG) and anandamide—had been seen to have an anti-inflammatory role in the brain in general, and the same results have also been observed by focusing the experiments in specific areas such as the hippocampus.

In this new study, the team of researchers led by Andrés Ozaita wondered what happens in the cerebellum, a brain area that has a very important role in coordinating chained and successive movements and motor learning. Their results show that in the cerebellum the opposite occurs from in the rest of the brain because increasing endocannabinoids increases inflammation, and this leads to motor coordination problems in the rodents.

To modulate the levels of endocannabinoids in the mice, the scientists use degradation inhibitors thus causing the latter to accumulate. They specifically inhibited the enzyme monoacylglycerol lipase (MAGL), which is responsible for degrading endocannabinoid 2AG.

“Our experiments show that the pharmacological or genetic inhibition of MAGL results in significant deficits in motor coordination and increases inflammation,” explains Sara Martínez-Torres, first author of the article. “We have seen that this inflammation in the cerebellum is caused by an increase in the COX2 enzyme, which is induced during inflammatory processes and produces proinflammatory mediators,” she adds.

The molecular alterations were not observed in the hippocampus, which points to a particular sensitivity of the cerebellum. Andrés Ozaita says, “The differential response between the cerebellum and the hippocampus may arise from the alternative metabolism of 2-AG accumulated in the two brain areas.”

“We focus specifically on the cerebellum because in a previous study we had seen that THC produced inflammation in this area, leading to deficits in motor coordination, and we wanted to find out if it also occurred by endogenously increasing the endocannabinoids,” says Laura Cutando, co-author of the article.