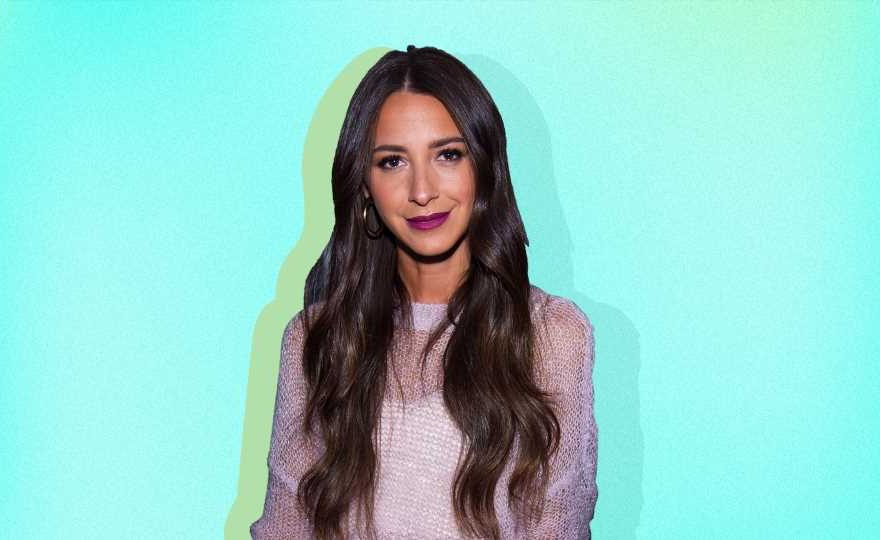 Maybe you know Instagram influencer and gal-about-town Arielle Charnas from her mega-successful blog, Something Navy; maybe you didn’t know about her until her recent internet scuffle with Amanda Seyfried, which catapulted discussions about postpartum body image and mom-shaming into the forefront of the public eye. Either way, she’s a Human of the Internet who is absolutely worth knowing — both for her sense of style and her unabashed admittance that hey, those hater comments hurt. A lot.

We chatted with Charnas this week in the midst of her partnership with Aveeno, and asked about the stories behind her baby names, the realities (good and bad) of life as a Momfluencer, and more.

Loves of my life ☺️

SheKnows: Are you in the midst of back-to-school craziness or are your kids too young?

Arielle Charnas: I am! Or, I’m about to be. The next couple of weeks are going to be insane. My 3-year-old starts nursery school and my 15-month-old is going to a bunch of classes. Also I have to start applying for Pre-K, which is a lot.

SK: Ugh, yes it’s a lot. Are you a super-planner type of parent? I recently interviewed Jessica Alba and omg she put us all to shame outlining how she lays out her daughters’ entire outfits — including hair bows — the night before.

AC: Noooo, my daughter would never in a million years allow me to lay out her outfits the night before. Plus, where Ruby goes to school, it’s uniforms — so there’s no outfit-deciding in the morning. I wish I were Type A and planned it all out, though. I like the idea, but the reality is, whatever I get done the night before, great, but most of it happens in the morning. I’ll pack them water, a change of clothes and underwear, hand sanitizer, Aveeno baby wipes — I always ask their camp and schools to use our own wipes because who knows what they have there.

9am at the beach. ?? #lovemyfamily

SK: Which of your kids needs the most cleanup — or wait, is the messiest member of your family…one of the grown-ups?

AC: Oh, hands-down my husband is the messiest in the family. My daughters are so much neater and cleaner than him. The messiest part of our house is the bathroom, because he comes home from the gym and throws towels, clothes, everything on the bathroom floor.

SK: How do you decorate your home with kids in mind; does every room become the playroom, or designated areas only?

AC: When we first had Ruby, every room was the playroom, totally. Now, I’ve narrowed it down to just the girls’ rooms. I literally don’t want to see toys anywhere else! Luckily, we have a playroom in our building, so anything we have that’s too big we just move it down there — and all the kids in the building get to use it.

SK: As an influencer, how do you decide how much of your kids’ lives to share on social media? I mean, I struggle with where to draw the line on sharing my kid, and I’m not even famous.

AC: I’m definitely still learning. I read this article in The New York Times about “Sharenting” that really scared me. And that changed everything, a bit, for me; I decided to delete my Instagram Highlights of my kids, so no videos are living on my page. I chose to dial it back rather than posting every moment. Now, I just share a few cute pictures, cute outfits, and Insta Stories — which are nice because it’s 24 hours and then it goes away. I don’t share locations of anywhere my kids go: camp, school, friends’ houses. I don’t allow photos of them; when people stop me in the street and ask for a photo, I’ll let them take one of me and my husband but not my daughters.

SK: I saw that commenters were like, “Bring back the Esme/Ruby highlights!”

AC: Yeah, it was fun for me to have those highlights, because I love to go through and watch old videos, but oh well. I know they’re not, like, creepy fans who are asking to bring back the highlights of my kids — they think it’s funny, and it is so cute the things my daughters say, but at the same time it’s a little weird. Like why do you need to watch this?

SK: What about the negative comments? The haters and the mom-shaming — how do you deal with that, especially recently?

AC: I want to ignore it, but at the same time, I’m human: Comments hurt me. Especially when it comes to parenting. Because it’s not something I’m super secure about; I’m just learning about it every day, so those comments can sometimes get to me. I never react in the moment, though — I mean, I just react to my team and my husband, and then I block the commenter. In general, though, the pros out weigh the cons with social media. For every hater, there are a million people giving positive feedback.

Thankful for @beautycounter makeup remover wipes! Ruby likes to raid my makeup drawer all of the time so I feel safer knowing that they have cleaner products. ???#betterbeauty #ad

SK: Your daughters names are Esme and Ruby; my son’s name is Silas, so I totally recognize the desire to have short, middle-ground name that you don’t see everywhere but isn’t, you know, Apple or Banjo. Is that something you took into account when choosing their names? The names’ semi-weirdness??

AC: That’s a great question! Coming up with their names was pretty easy; they just came to us and we both loved them. But for Ruby my list did have a bunch of those kind of crazy names on it, until I realized, I just can’t.

SK: Omg what was your craziest wish-list name? WAS IT A FRUIT.

AC: [Laughs] It was not a fruit, no. I can’t say because I have friends who have named their kids those names! But there are a lot of names I wanted that I’m glad I didn’t choose in the end. So we went with Ruby; Brandon picked that first name. I had wanted her first name to be Lou, but we got nervous giving her a boyish name not knowing her personality. We decided to go girly with her first name and name her Ruby Lou. And then, the best part was what we realized later: We’re Jewish, and in our religion you’re supposed to name after the dead — dead grandparents or whoever. We felt kind of guilty we weren’t doing that. But after we named her Ruby Lou, we realized it was a complete combination of all our living grandmothers: Ruth, Beatrice, and Lucille. How weird is that?

SK: That’s wonderful, what a great tribute. And what about Esme?

AC: Esme Rae we chose because I wanted something feminine but different; we liked the idea of keeping it in the jewel family, and even though Esme isn’t a jewel it comes from Esmerelda which means Emerald. So we liked that connection. And Rae, well, my husband was absolutely obsessed with the new Star Wars movie! And there’s a girl named Rey in it, so that’s where that came from, believe it or not.

AC: There you have it. 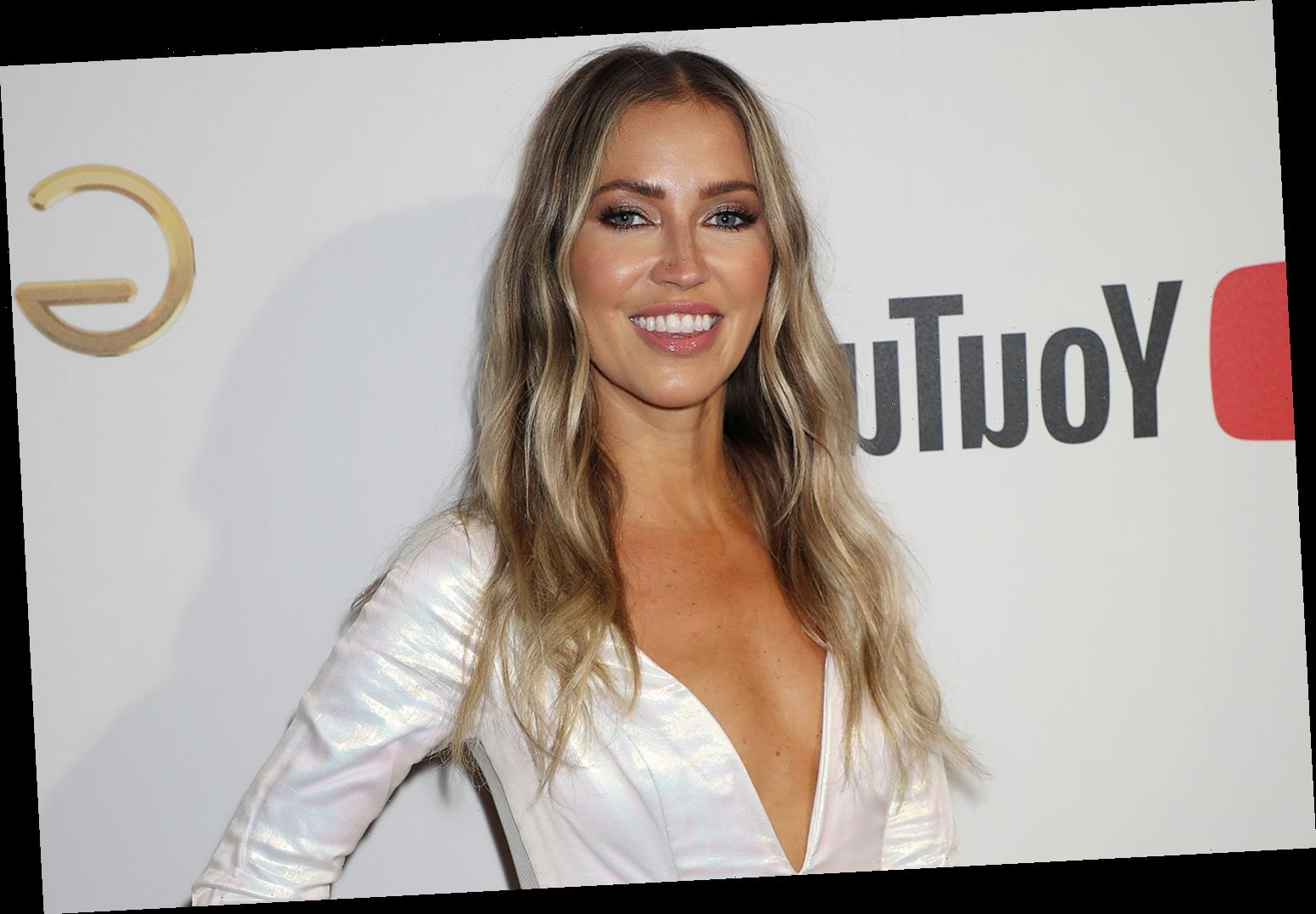 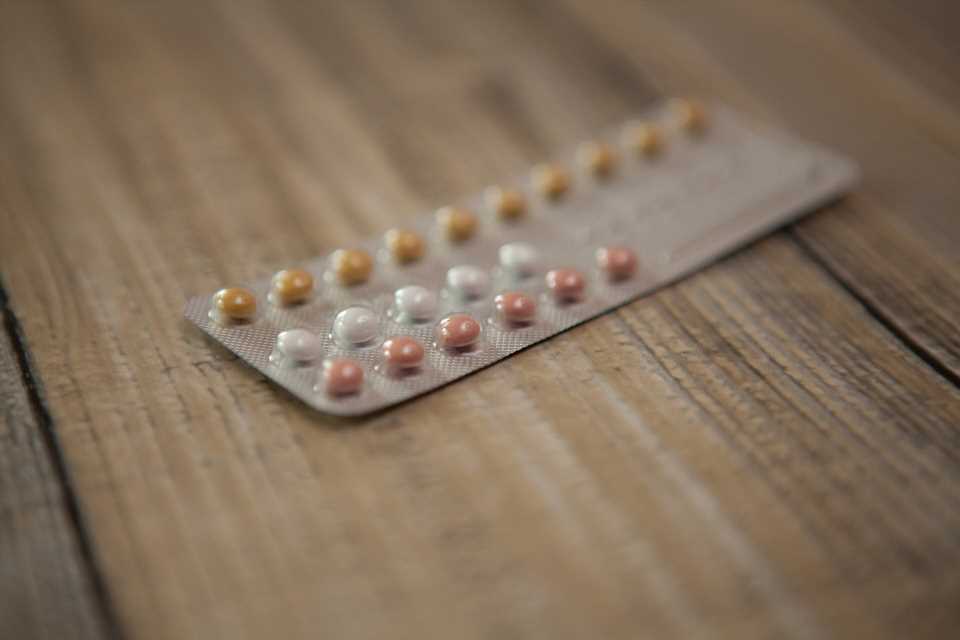 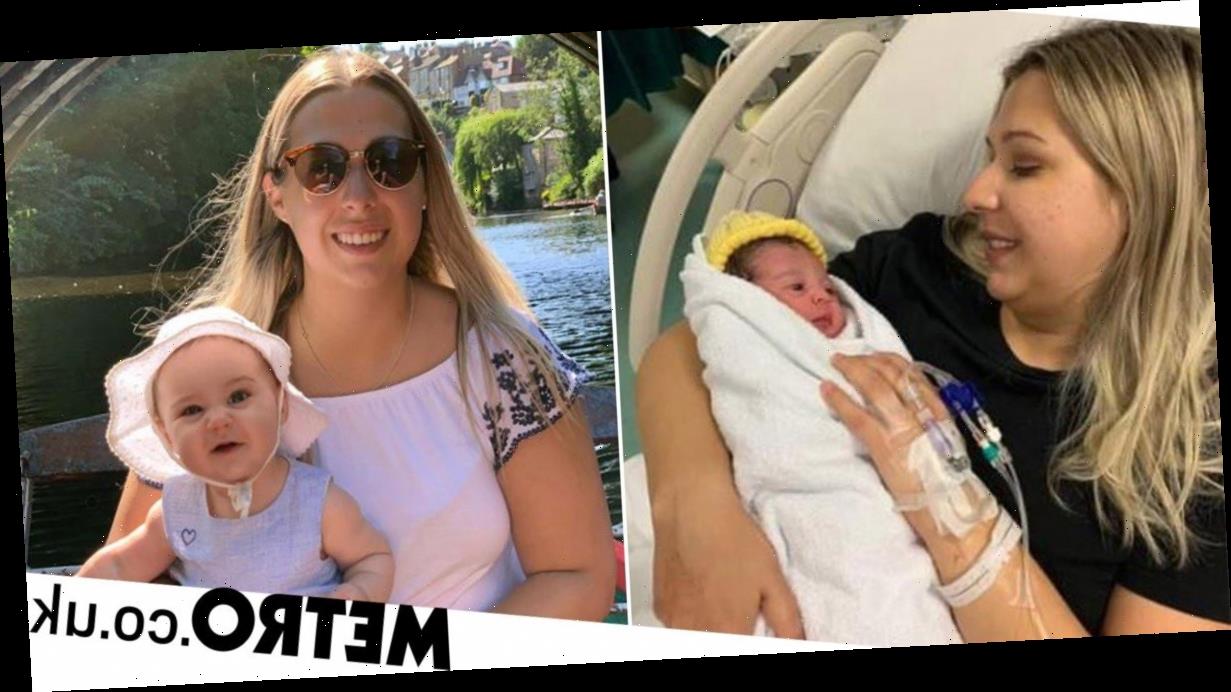