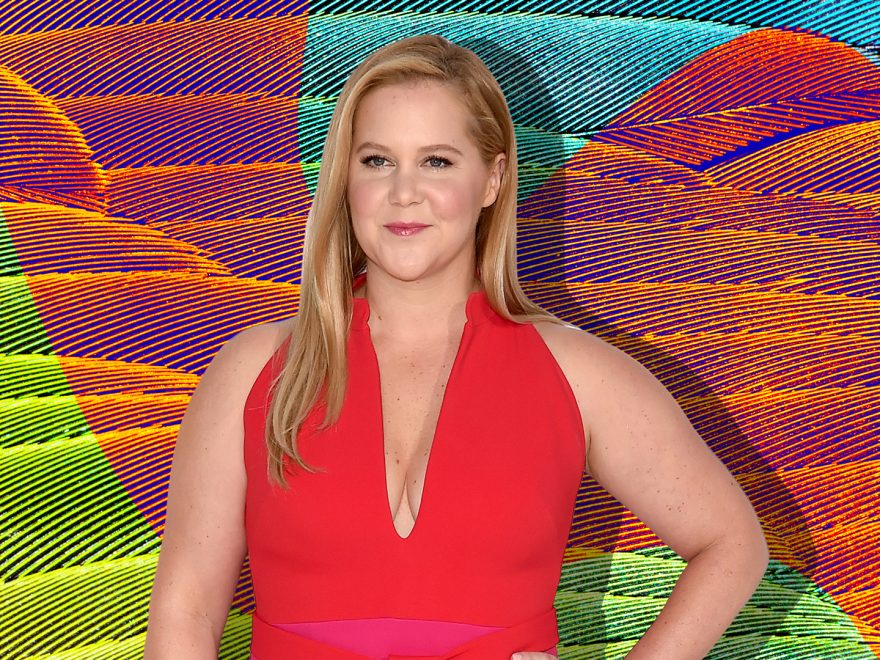 Comedian Amy Schumer is pregnant, and she’s taking every opportunity to find the humor in the good, bad and downright gross experiences associated with her prenatal journey. What else would fans expect from the woman who brought us Inside Amy Schumer?

Since announcing she and her husband, Chris Fischer, were expecting their first child back in October, Schumer has flooded her Instagram account with brutally honest posts about morning sickness and hyperemesis gravidarum, fatigue, working while pregnant and even missing her period, all while advocating for migrant families and the importance of voting.

Here are some of Schumer’s most memorable pregnancy moments thus far — in no particular order.

1. Her fake feud with Meghan Markle

Pregnancy can stir up a lot of emotions for expectant parents, with many moms-to-be going from happy to sad to anxious in a minute. But for Schumer, pregnancy has made her feel quite competitive, and she’s set her sights on Meghan (née Markle), the Duchess of Sussex.

The faux-feud dates back to Schumer’s pregnancy (pre-)announcement, when she photo-edited pictures of Fischer and herself over Prince Harry and the Duchess of Sussex. (Her official announcement came later, after journalist Jessica Yellin shared Schumer’s list of preferred candidates in the midterms along with the cheeky line, “I’m pregnant-Amy Schumer.”)

About to announce some exciting news on @jessicayellin insta page. Please follow her for up to the minute #newsnotnoise she breaks down what’s really going on. She agreed to post a lil noise today for me! Follow her and VOTE!!

Later in her pregnancy, Schumer declared that Meghan was her official “nemesis” in a video for InStyle titled, “How to Not Give a Shit What Anybody Thinks.”

“Everyone is just so narcissistic and obsessed with themselves that they don’t even really have time to worry about you,” Schumer said in the clip. “I’m the same way, so say someone like, I don’t know, my nemesis, Meghan Markle — why is she my nemesis? Because she’s pregnant at the same time as me, and I’m not going to let her get away with that. So maybe I’m feeling competitive, like, ‘Oh, Meghan looks better than me, and she has a tiny small bump, and she’s wearing high heels. And I already look 10 months pregnant, and I’ve been wearing flats for the last four years.”

Not that we condone competition between women, but Meghan’s maternity style is enviable. Even Schumer couldn’t help posting a photo of Meghan wearing a one-shoulder gown — and claiming to be the one photographed — just a week later with the caption, “Loved my outfit during my set tonight!”

Loved my outfit during my set tonight!

2. Her honesty about hyperemesis gravidarum

Hyperemesis gravidarum is a rare condition with symptoms like excessive nausea and vomiting during pregnancy. Unlike most women who experience typical morning sickness, those with HG will often suffer weight loss and dehydration. In some instances, HG will also cause ulcers and bleeding.

HG also interferes in women’s day-to-day lives, making some tasks difficult or nearly impossible to complete. Schumer experienced this firsthand in November, when she was forced to cancel one of her comedy shows in Texas; instead, she spent time in a hospital bed.

“I have hyperemesis, and it blows,” she revealed.

Texas I am so deeply sorry. I have been really looking forward to these shows. I have to reschedule. I am in the hospital. I’m fine. Baby’s fine but everyone who says the 2nd trimester is better is not telling the full story. I’ve been even more ill this trimester. I have hyperemesis and it blows. Very lucky to be pregnant but this is some bullshit! Sending so much love to the doctors and nurses taking great care of me and Tati! They are cool as hell! And Texas I am really really sorry and I’ll be out there as soon as I’m better.

After revealing she had HG, Schumer shared many photos and videos of herself puking in public spaces, hooked up to IVs and feeling sick on the couch. She even shared a video of herself vomiting on the side of the road on Christmas Day — how’s that for a holiday gift?

Thankfully, she has her hubby and her dog, Tati, to help her through the worst times.

3. Her dedication to performing

Despite her ongoing HG, Schumer has still managed to tour the country and make people laugh. Like any great comedian, Schumer has used her platform to make jokes about what’s going on in her personal life, aka her pregnancy. During a show in New York, Schumer dished on one of the most awkward pregnancy questions people have asked her: “Are you crowning yet?”

‪I’m feeling a little better and wanted to make up these dates that aren’t too far from home. Can’t wait to see you guys! Shows coming up in Toronto 1/31, Philly 2/1, Baltimore 2/2. Get your tickets now! https://www.amyschumer.com/tour‬

Other topics she’s mentioned during her shows include her cravings (pasta), growing out of her clothes and being pregnant at the same time as the Duchess of Sussex (Schumer says it’s “not fun”).

Graduating into a new trimester is a big deal for pregnant folks, who are eagerly counting down the days until they can meet their children (or at least until they get some minor relief from pregnancy symptoms). While some people mark their pregnancy progress in cutesy photos and charts, Schumer celebrated the end of her first trimester in a much more sinister fashion: by paying homage to the movie Se7en.

“First trimester had me like #soblessed,” Schumer wrote alongside a photo of herself facedown in a bowl of food. The photo beneath her is a still from David Fincher’s thriller after a serial killer murders someone for being gluttonous.

Only Schumer could tie her pregnancy to a thriller and still make it funny.

Schumer has long been outspoken about her political views, and her pregnancy in no way stopped her from sharing. Before the midterm elections last fall, Schumer shared footage of her ultrasound to get out the vote.

Happy Election Eve! You can look up your polling place + hours by texting LOCATION to 21333 And you can look up a sample ballot to be prepared at vote411.org/ballot Make a plan to #vote and let's make history tomorrow! ♥️? (Feel free to copy this + send it to everyone.) thanks @piperperabo

Additionally, she campaigned for candidates like Stacey Abrams, supported gun safety initiatives, called out the mistreatment of migrant families seeking asylum in the U.S., shared her support for trans rights and called for criminal justice reform.

6. Her refusal to let gender norms define her child

Schumer kicked off a post about her new Netflix special, Growing, with a trick gender reveal.

Some people get their pregnant family members massage oils or flowers. Schumer’s sister-in-law, however, bakes horrifying pregnancy cakes complete with a crowning infant, pubic hair sprinkles and an anus.

My sister in law. And I can’t stress that enough IN LAW. surprised me with a horrifying cake and i can’t thank her enough. So I won’t thank her at all. @mofischhh something is truly wrong with you and i love you. #haunting #butthole

Schumer may be pregnant, but that’s not stopping her from exercising — or from crashing unsuspecting couples’ engagement photos.

If you get engaged, Tati and I will be there