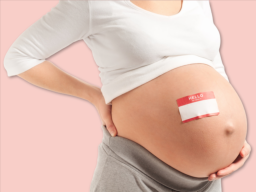 Naming a baby is not only an extremely exciting part of having a child, but it’s also a huge, more or less permanent decision. It can be intimidating and overwhelming to choose the moniker that will carry a kid through life, and it can also be a topic of conversation that literally divides families and taints relationships.

From the stress of struggling to agree with a partner to the barrage of unsolicited opinions from over-invested family members, there can be a lot of obstacles to navigate leading up to the naming of a child. That’s why, more often than not, parents-to-be who are experiencing conflict regarding their future child’s name often take to Reddit to confide in the internet, asking for brutally honest, unbiased opinions — as one does in the 21st century.

We’ve rounded up some of the wildest Reddit posts on baby-naming dilemmas, and they range from eye-popping to positively jaw-dropping. Read on for some intense drama surrounding the naming of some of the world’s little people to-be, and grab some paper and a pen to take notes on situations to wholeheartedly avoid in your own baby-naming endeavors.