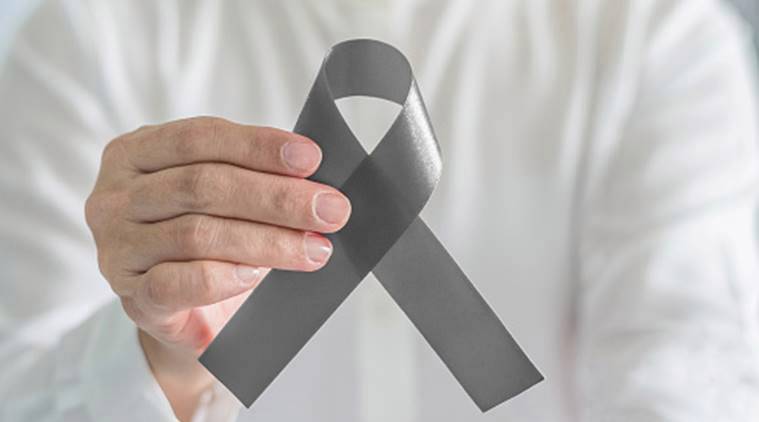 The symptoms of a paediatric brain tumour may vary according to the size, type and its location. Symptoms may show up when a tumour presses on a nerve or damages certain parts of the brain.

When the baby was barely two years, the parents who were residents of Oman, noticed their child was experiencing imbalance while walking and weakness on the left side of her body. They sought immediate treatment from a local paediatrician. After undergoing an MRI, it was noted that she had a large tumour on the midline and left side of her brain due to which she was experiencing the symptoms.

On reviewing her case, I discovered that the baby was suffering from headache, imbalance during walking, recurrent vomiting and tremors in her hand. After studying her case thoroughly, the parents were counselled on the need for surgery to correct their child’s condition. Using a microscope and neuro-navigation system, the tumour was separated from the brain. Post-surgery, she walked on her own, her tremors vanished and the condition improved significantly.

Much like these parents, there would me numerous others who would be struggling to understand what their child, with similar symptoms, is going through. Let’s understand this situation better:

What is a pediatric brain tumour?

Tumours mean development of abnormal cells in a child’s brain or the tissue and structures surrounding it. There are many types of paediatric brain tumors – some are non-cancerous (benign) and some are cancerous (malignant). Chances of recovery and treatment are determined by the type of tumour, its location in the brain, its spread, the child’s age and their overall health status.

Symptoms for parents to look out for

The symptoms of a paediatric brain tumour may vary according to the size, type and its location. Symptoms may show up when a tumour presses on a nerve or damages certain parts of the brain. The most common symptoms include:

· Headaches which are typically triggered in the morning.

· Changes in speech, vision or hearing.

· Imbalance while walking or standing up.

· Changes in mood, behaviour or ability to focus.

· Numbness or tickling in the arms or legs.

Childhood cancer: Causes, symptoms and how to deal with it

Since the treatment is primarily hinged on the type, size and location of the tumour, imaging tests or MRIs help doctors immensely. If it’s suspected that your child has a brain tumor, your doctor may recommend several tests and procedures to help make the diagnosis and to put forth the best treatment options. Alongside imaging, your child may be recommended to undergo a neurological exam, biopsy, etc. Surgery is usually the first line of treatment for brain tumors in children. The goal is to remove all or as much of the tumour as possible.

Other alternate therapies used to treat brain tumours comprise of:

· Proton Beam Therapy, which delivers high targeted doses of radiation to the brain tumours, minimising radiation exposure to the nearby healthy tissue.

The main factor here lies in paying close attention to your child after a brain tumour surgery by avoiding any kind of injury to the head that may happen while playing or falling from the bed, etc. Prevention is always better, so avoid exposure to any kind of radiations, like usage of mobile phones or tablets.