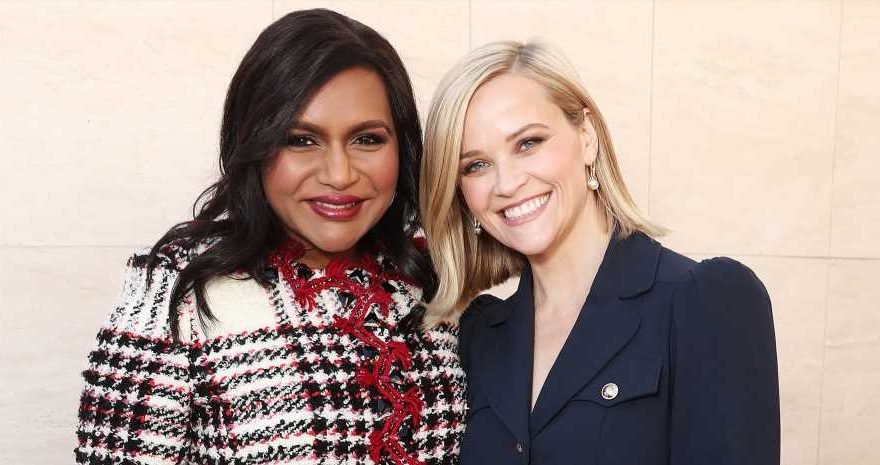 Did she send a Wreath Witherspoon? Mindy Kaling praised Reese Witherspoon after she received a memorable package from the Oscar winner following her son Spencer’s birth.

Beyonce! Jay-Z! Celebrities Who Are Great at Gift-Giving From the Heart

The Mindy Project alum, 41, detailed the impressive gift during an interview with PopSugar on Wednesday, November 18, noting that Witherspoon, 44, also added a special treat for Kaling’s 2-year-old daughter, Katherine.

“I felt like the minute I got back from the hospital, there was a gorgeous gift for Spencer, with beautiful clothes and toys,” Kaling said. “And this is why you know a gift is from Reese Witherspoon — she also got my older kid something. My daughter, who didn’t do anything, got all these beautiful clothes and toys, too. And she sent us food, so we didn’t have to cook for four days.”

She added, “So, that’s to me just a very Reese Witherspoon-type present where it’s thoughtful but in a very macro way. Like, she really knows what’s going on in your life. That was impressive to me.”

Kaling honored Witherspoon’s Hulu series Little Fires Everywhere in October when she recreated the show’s poster for Halloween. The Office alum dressed as Witherspoon’s character Elena Richardson on the left and emulated Kerry Washington‘s Mia Warren on the right with a burning divide in the middle. “Little Costumes Everywhere,” Kaling captioned the post via Instagram.

Kaling and Witherspoon met and became friends in 2017 following the Wild star’s cameo on The Mindy Project. Three years earlier, Kaling kicked off a Wreath Witherspoon trend during a Christmas episode of the series in 2014. The wreath — which featured photos of the Sweet Home Alabama star — sparked a movement of fans showing off their own Wreath Witherspoon creations.

The Late Night star announced in October that she had given birth to a baby boy. “I’m telling this for the first time, it feels so strange. I gave birth to a baby boy on September 3,” Kaling told Stephen Colbert at the time. “This is news to a lot of people. It’s true! His name is Spencer. I forgot the most important part of it.”

Days later, the Massachusetts native thanked her fans for their support. “Thanks everyone for your kind words about the new addition to my family. Being pregnant during the [coronavirus] pandemic was a little scary, but it made me appreciate all the doctors, nurses and medical professionals who continue to work tirelessly giving treatment to those who need it, putting their own lives at risk.”

Kaling noted that her newborn was “happy and healthy,” adding that Katherine was “obsessed with him” and his “toys.”

Later that month, a source told Us Weekly that Kaling and her daughter are enjoying having a new member in the family.

“Everything is going super well,” the insider said at the time. “She’s so excited about being a new mom again. Katherine absolutely adores Spencer, and the adjustment to being a big sister has been smooth and easy.”

Kaling has not yet revealed the paternities of her two children. The Why Not Me? author — who welcomed Katherine in December 2017 — told The New York Times in June 2019 that she wanted to protect her children’s privacy.

“My feeling is that, until I speak to my daughter about that, I’m not going to talk to anyone else about it,” Kaling said at the time.