Keira Knightley confirmed that she and her husband, musician James Righton, welcomed their second child together six weeks ago.

“You can tell I’ve got a 6-week-old baby,” the actress, 34, told Louise Minchin on BBC Breakfast on Friday, October 11. “I’m talking, but I’ve got no idea where I’m going. This is about the first time since I gave birth that my hair has been brushed — and I didn’t brush it. Lovely Luke, who is my hairdresser today, he brushed it. I was in my pajamas when they got there and this is somebody else’s dress.”

The Aftermath star and the former Klaxons member, 36, were spotted pushing a stroller in September. This came four months after Knightley debuted her pregnancy in Paris at a Chanel party, showing off her baby bump in a white and tan off-the-shoulder dress and sandals. The couple’s 4-year-old daughter, Edie, arrived in 2015.

Now that she’s given Edie a younger sibling, Knightley’s schedule revolves around breast-feeding. “I’ve got six hours, so this is my workday,” the Oscar nominee said. “Basically, I’ve got to get back before 6:30 because that’s the feed. It’s going to be fine, we’re going to make it. There is a bit of extra milk, which I’d love not to use because it’s in the freezer and that can be tricky, but it is there.” 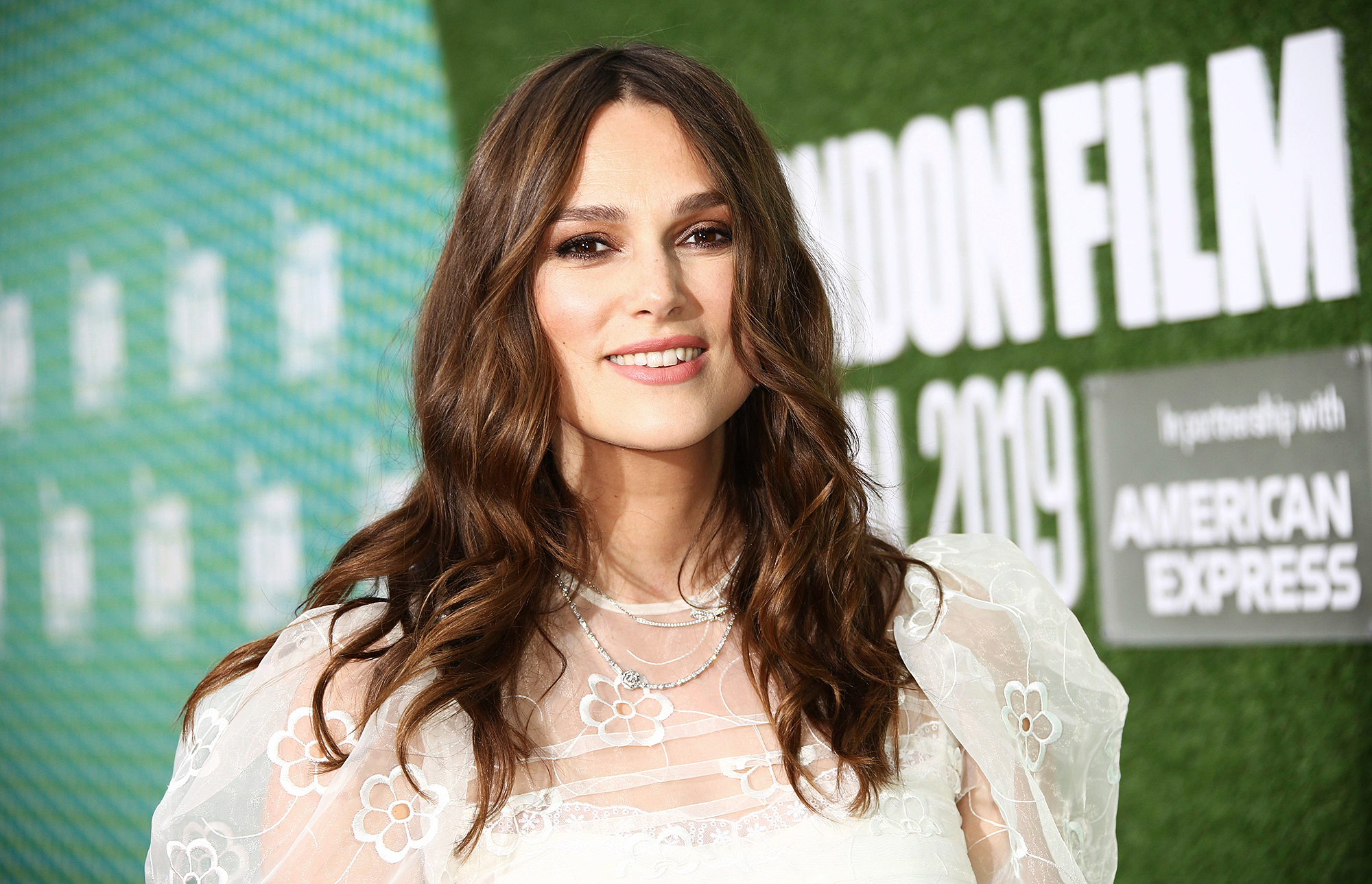 Shortly after welcoming Edie in 2015, Knightley gushed about the “primal, primal love” she felt for the newborn. “[It’s] quite extraordinary,” the Golden Globe nominee explained to Elle at the time. “And the ability to have no sleep and continue going. It’s not pleasant — I never thought that I could actually do it for the amount of time that I’ve done it.”

The Pirates of the Caribbean star hasn’t actually gotten any sleep in “three years,” she joked to Us Weekly exclusively in September 2018. “[Edie] has occasionally slept through the night, but not in any kind of prolonged sense,” she told Us at the time. Because she herself didn’t sleep through the night until she was 6 years old, Knightley admitted that her daughter’s habits are “comeuppance.”