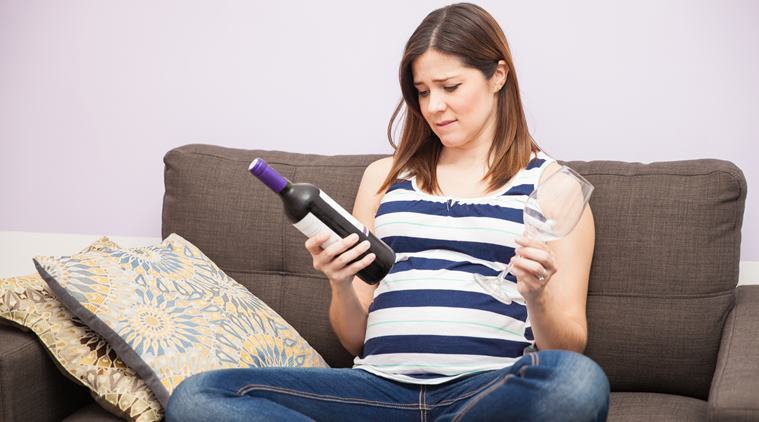 The best analogy for the risk associated with alcohol consumption in pregnancy is driving with your newborn unbuckled in the back seat. Maybe you’ll get into a car accident and maybe you won’t.

There’s scientific evidence that these activities can have negative impacts on the health of the fetus, but the one that seems to be the source of most debate is alcohol.

After all, the French do it, don’t they?

And many people born in the 1960s or earlier had mothers who drank. And we’re fine, right?

My mother had a fairly regular glass of rye and ginger ale when she was pregnant with me. And she smoked. And I graduated from medical school at the age of 23.

So my opinion, especially as someone who believes strongly in a woman’s right to make decisions about her own body, may come as a surprise: It’s medically best not to drink alcohol in pregnancy. Not even a little. The source of that viewpoint? My training and practice as an OB/GYN.

Some attribute this abstinence approach to the patriarchy: Clearly we doctors know that moderate alcohol is safe (we don’t!), and we just don’t trust women with that knowledge. According to this theory, we think a woman who hears that an occasional drink is OK will blithely go on a bender. (We don’t think that.)

Some also say that, in an effort to avoid frivolous lawsuits, doctors advise against alcohol while using a nudge-nudge-wink-wink to insinuate that a glass or two is fine.

But this isn’t about sexism (not this time) or dodging litigation. This is about facts. How women use those facts is, of course, their choice.

The truth is that foetal alcohol syndrome is far more common than people think, and we have no ability to say accurately what level of alcohol consumption is risk free.

There have been many twists and turns in how we, medically and societally, view drinking while pregnant.

There was a time when doctors recommended alcohol to pregnant women for relaxation and pain relief, or even prescribed it intravenously as a tocolytic — meaning it stopped premature labour. One doctor who trained me spoke of a 1960s prenatal ward full of intoxicated women “swearing like sailors.”

Things began to change in 1973, when foetal alcohol syndrome, or FAS, was formally recognised after a seminal article was published in The Lancet, a medical journal. FAS is a constellation of findings that includes changes in growth, distinctive facial features and a negative impact on the developing brain. We now know that alcohol is a teratogen, meaning it can cause birth defects.

With that knowledge, the pendulum swung hard. In 1988, Congress passed the Alcoholic Beverage Labeling Act, which would add the well-known “women should not drink alcoholic beverages during pregnancy because of the risk of birth defects” label to alcoholic beverages for sale or distribution in the United States. (A warning about drinking and driving was also added.) Many people unfortunately took this as an opportunity to police pregnant women in public.

Then, over the past 10 years, women have become more vocal — and rightly so — about patriarchal messaging in medicine. Was no-drinking-while-pregnant just one more way to speak down to us and control our bodies?

No. But I can understand the confusion.

Part of the issue is that the science on alcohol and pregnancy is tricky: Giving pregnant women alcohol for medical testing is not likely to be accepted by ethics committees.

And what about all those pregnant Frenchwomen who drink (while also apparently shedding their baby weight with ease and bringing up perfect bébés)? It turns out they aren’t, really. One study in Europe that surveyed pregnant women and new mothers during two months showed that only 11.5 percent of women reported consuming alcohol once they knew they were pregnant. Of these women, most (72 percent) had a single 5-ounce glass of wine or less the entire pregnancy.

We now have new data in the United States telling us that rates of FAS are higher than we knew. In 2018, a paper on FAS was published in the medical journal JAMA. Researchers trained in identifying the distinctive physical characteristics of FAS evaluated more than 3,000 children in four communities across the United States.

The findings were staggering. The way we are consuming alcohol in pregnancy is resulting in a conservative estimate of 1.1 to 5 percent of children — up to 1 in 20 — with FAS. According to the American College of Obstetricians and Gynecologists, foetal alcohol spectrum disorders are more prevalent than autism.

And yet at least 10 percent of pregnant women still drink during pregnancy.

The best analogy for the risk associated with alcohol consumption in pregnancy is driving with your newborn unbuckled in the back seat. Maybe you’ll get into a car accident and maybe you won’t. And if you do, maybe it will be a fender bender or maybe it will be catastrophic.

Driving is also not the only factor at play, in the same way that differences in body chemistry can play a role in who develops FAS. There is also the ability of your newborn to withstand an impact, the weather, the number of cars and the state of mind of other drivers on the road.

While the chances of getting in a car accident while driving home from the hospital with your newborn are very small, most parents will recall how much they stressed over installing the car seat correctly. (I released a lot of pent-up rage in the hour it took me to get the car seats buckled the first time.)

And yet, even with such limited risk, I doubt a single pediatrician would say: “Sure, drive unbuckled just this once. It’s a celebration.”

Guidance to not drink while pregnant is not sexist. I’m all for smashing the patriarchy at each and every opportunity. And it’s true that medicine has been hopelessly patriarchal since, well, medicine started. But providing people with accurate information so they can make informed choices about their bodies is the antithesis of the patriarchy. It is power.

(Dr Jen Gunter is an obstetrician and gynecologist practicing in California.)