When I got pregnant at 39 years old, I was nervous but delighted (although I was seemingly surrounded by younger moms and felt like my ovaries must have had to use bifocals to find my uterus in the first place — but I digress). The feeling of anticipation was new. After all, if I’d actually had some sort of a biological clock, I must have been hitting the snooze button on it for awhile. Finally, though, my life clicked and I felt ready. I was stable in my marriage and my friendships, and I knew my baby and I would have all the support we’d need. And we did — until we didn’t. Because when I had my baby, I somehow lost the mom friends I already had.

For the longest time, pre-kid, I had felt lucky in friendship. Since my college years, I’d been surrounded by a wonderfully supportive village of friends. My group was small, but our bond had depth. My friends and I were like a Hallmark card saying: there for each other through breakups, break-downs, and break-throughs. And a few of them already had kids, so now that I was about to join the mom club, they didn’t hesitate to talk me through the ups and downs of hormonal changes, swollen feet, and obsessive cracker-eating.

When my son arrived, my group called to check in — or even took the time to visit me in the hospital. It had been a challenging labor, so they must have instinctively known I would need their support. Hanging with my crew felt safe and familiar. Their presence helped bridge the old awake me and the new, sleep-deprived Mom Me. Again, my village had proven themselves the stuff of great greeting cards. Then it happened: My village left.

Well, I suppose my village didn’t leave as much as disappear. As my life shifted, days with my newborn became unpredictable, and the lives of my best friends continued as they always had — parenting their older kids, and living their more predictable days. At first it became a problem to connect simply because our schedules didn’t. Really, my schedule was more of a non-schedule. The only things consistent about life with my newborn were his colicky screams and The Golden Girl reruns we watched at our 4:30 a.m. feedings.

Conversations or lunches out were cut short (or cut out) in favor of diapers or power naps. Then there were the times I’d simply forget to call my friends because I was too busy doing brilliant, sleep-deprived things like putting socks in the microwave. My mom brain was not what it used to be, and it was then I assumed my BFFs would pick up the slack with some extra phone calls. 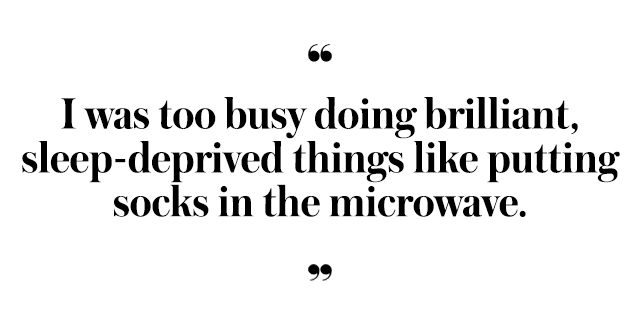 I had assumed my friends with kids would be clued in to the demands of mothering a newborn. I’d taken for granted that these mommas would show up, Mary Poppins-style, and take my son to a tea party on the ceiling so I could nap. But there were to be no magical tea parties to be found — and no naps, and no friends. They had their lives, and I’d been left behind to live mine.

As a first-time parent, there was nothing about motherhood that felt familiar. I’d hoped my girlfriends would be there to keep me grounded; when they weren’t, I felt unbalanced. All alone on my teeter-totter, my world felt darker. True, I was up in the middle of the night a lot more, but my gloominess was also a byproduct of not connecting with the people who had allowed me to be my most vulnerable self. I had felt safe with them. My new mom experiences felt hollow since I couldn’t vent or share them. I’d never felt more alone.

But once I understood that this was truly my new norm, I turned my blurry, sleep-deprived eyes in a new direction. My pregnant belly had once proved a great conversation-starter, so I figured, why couldn’t my new little baby? Being a mom could immediately induct me into a secret mom society of insta-friends! I’d find new mom BFs as easily as I could catch spit-up in my unwashed hair. There’d be moms aplenty waiting to befriend me at the park or sleep-walking through the mall… Wouldn’t there?

Starting conversations was the easy part. But when it came time for the friendship to go to the next level, I crashed and burned every time. (And I’d thought dating was rough.) When I tried asking a new mom acquaintance for her phone number, I’d never felt more needy and awkward. Maybe I’d have had more success if I’d tried a more direct approach and shouted bluntly in her face: “I’m lonely! Be my friend!” I had many sweet conversations while strolling my baby through the mall, but they all ended there. What was I doing wrong? Where did I fit in?

Finally, I’d had it. “Mom,” I whispered over the phone, “can you come visit?” 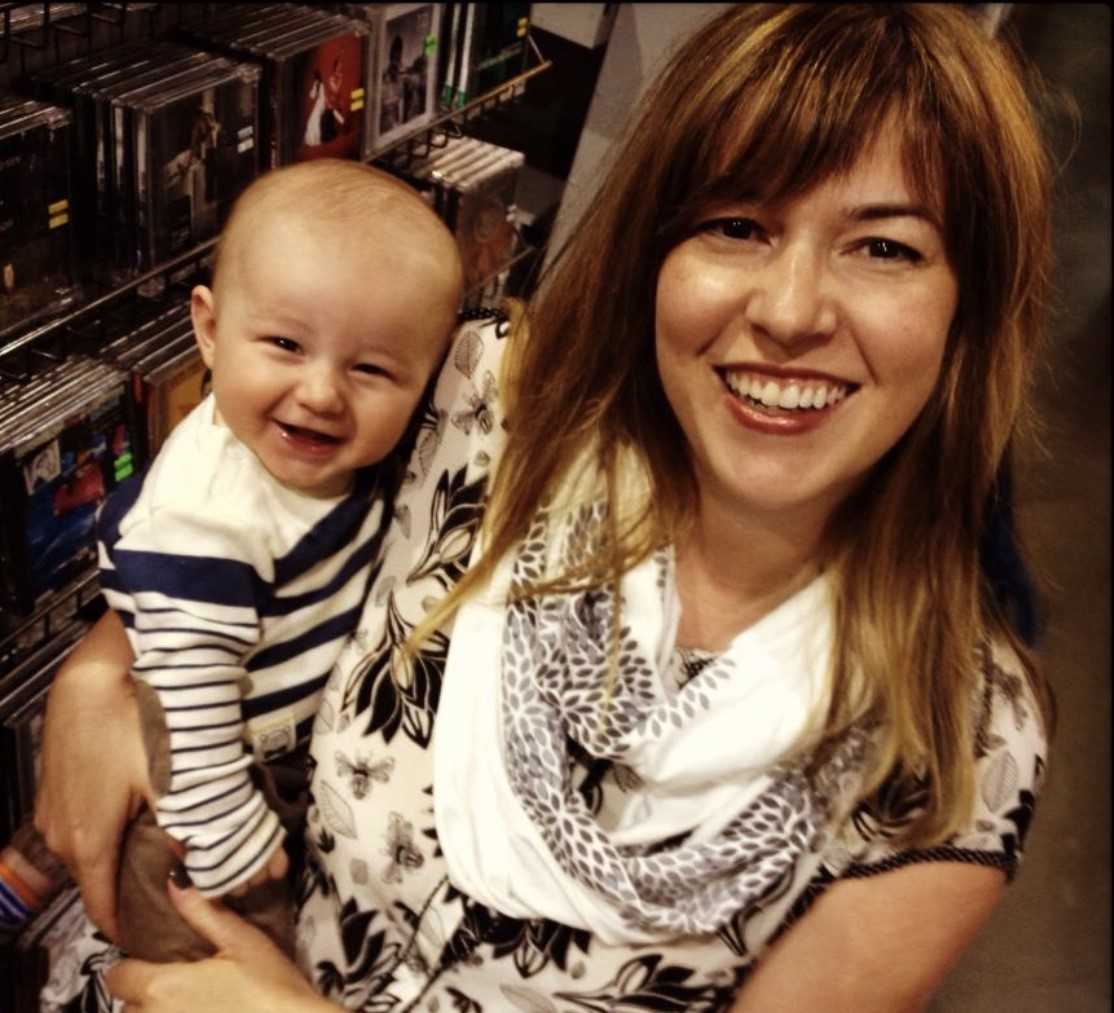 Without comment or question, my mom boarded a plane. And with my village demolished, I set about constructing a new one; I started with my family.

After my mom came out to visit, I began using FaceTime (technology!) for the first time in earnest. It helped me feel connected with my parents — but FaceTime was admittedly not the best at diaper-changing. My younger sister, however, was fabulous at diaper-changing and she lived nearby.

My sister and I had always been close, but now that she had a tiny new nephew to coddle, she was more than happy to help. She rescued me from days of unwashed hair and nights of not sleeping. I was grateful to have her near me — and occasionally let her borrow my clothes.

My husband even took up residence in my newly designed community. He earned his rightful place since he’d been there from the start supporting me, listening to my tear-filled pleas when I was convinced I was doing everything wrong. He reassured me in his humorous way that our baby was too little to remember any of my mistakes. My village was more like a one room shack, but I knew I wasn’t alone. I’d found the friendship I was craving.

The support I wanted from my girlfriends I discovered in my family. It was a comfortable encouragement, and I flourished in its embrace. As time went on, I found an even more powerful solace in a truly unexpected place — myself. I’d been so certain that I couldn’t be a good mother without a friendship village that I’d been blinded to my own powerful mama strength. I’ll do anything for my son, and my mama strength runs deeper than I’d known.

These days, my mom village is finding me — and that’s a difference I didn’t count on as a new mom. But my true tribe isn’t going anywhere; my true tribe starts with me.