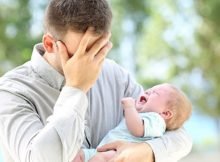 Not many parents acknowledge how raising a child is tough and exhausting. And when Duncan Jones, the late David Bowie's son, took to social media to talk about it, he was called out for not being a good father.

As much as we love to glorify parenthood, the reality is a lot different. Effective parenting is an endless, exhausting task, something film director and producer Duncan Jones opened about and received flak in return.

The late Dawid Bowie’s son, Jones recently took to social media to give a reality check about parenting. The father of two children wrote, “I have 2 kids. 2 1/2 years & 9 months old respectively. I’ll tell you something I never see anyone admit… they are exhausting, frustrating & life-destabilising. They are rarely fun. Sure, smiles are great, hugs are lovely, but it’s HARD & not obviously a good choice in life.”

You may have heard so many people, even non-parents, talk about how parenthood is a boon and completes one’s life. Jones seemed to be aware of the narrative and wrote, “This is where people feel compelled to say “I wouldn’t change it for the world!” But you know…Of course I’d reconsider! It’s exhausting! It’s banal! It’s like looking after a dog you can’t housetrain. What it is, is that it is. & they are mine. Hopefully they turn out ok.”

No sooner did the celeb father express his take on parenting than netizens started shaming him for not being the ideal father. Here’s what they had to say:

A lot of parents, however, not only appreciated the director’s honesty but also addressed the taboo and shared their personal hardship to corroborate the fact.