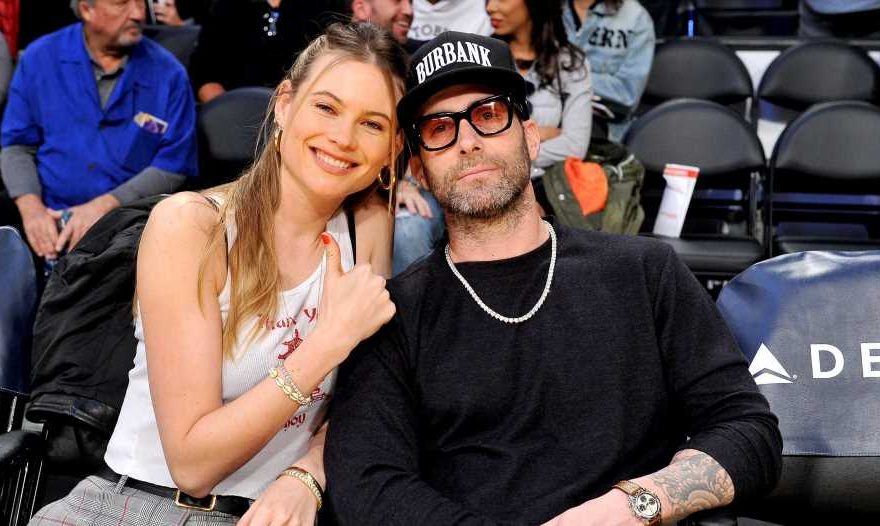 Her rock. Behati Prinsloo opened up about how husband Adam Levine assisted her during her battle with postpartum depression.

“I had moments of postpartum after our first baby that I felt like it was coming through. But my husband was so incredibly supportive and always got me out of it,” the 31-year-old told Today on Wednesday, June 19. “I think it’s very normal, though, as a young mom and a new mom to feel helpless and to feel overly emotional, you know.”

She added: “I think I got lucky not to have it to an extreme case, but you can see yourself spiraling.”

Prinsloo noted that asking for support is key to overcoming the issue. “I think that the message is just that it’s never too little to ask for help,” she explained. “So no matter how small your feelings and stress — or whatever it is about being a new mom — there’s always help out there and support from family and friends. And I think nobody judges anyone.”

The model and Levine, 40, are parents of daughters Dusty Rose, 2, and Gio Grace, 16 months.

Prinsloo revealed to PorterEdit in January that she suffered from “a little postpartum depression” after welcoming her first child. “It was difficult to get back into normal life,” she said at the time.

However, Gio’s birth left her in a different place. “After the second one, everything felt so much easier — it was easier for me to work out … breastfeeding was easier,” she recalled.

Prinsloo gushed about the former Voice coach in December 2018. “He loves one-on-one time with them, so he takes Dusty to coffee every morning,” she told Us Weekly exclusively. “He’s a very hands-on dad. It’s awesome. I’m lucky.”

The Victoria’s Secret runway star went on to admit that she will “eventually” want to expand their family: “I definitely would want to try for a boy, but if I have all girls, I’ll be happy.”