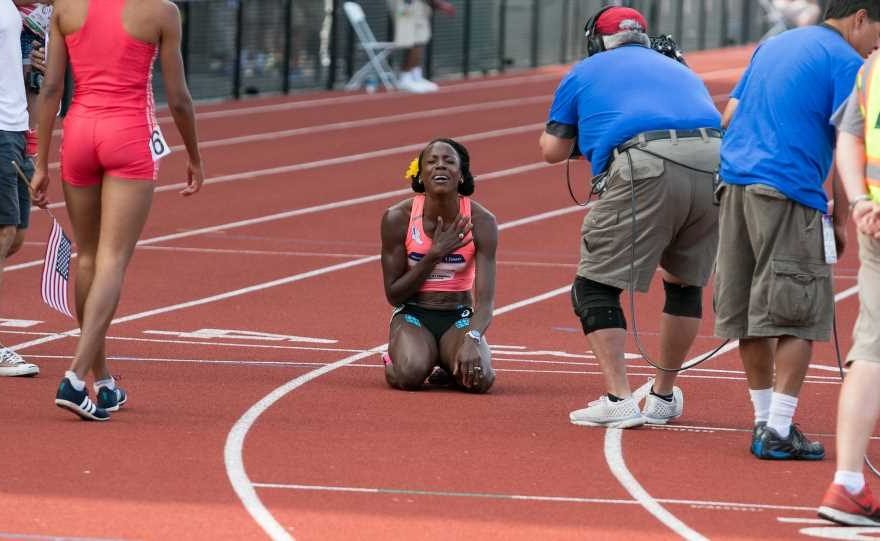 Far too many of us working moms (myself included) have had the unfortunate past experience of working for a company that talks the talk but doesn’t walk the walk when it comes to female empowerment — specifically paid parental leave. Et tu, Nike? Sigh. We would have thought better of the girl-power sports giant, but alas; women athletes came forth this week to tell the world that Nike had penalized them for becoming moms. And today, Nike is responding to the backlash.

Olympic runner and three-time U.S. national champion Alysia Montaño published a powerful, disheartening (and yet somehow unsurprising, because 2019 remains a trash fire) Op Ed in The New York Times on Mother’s Day, and the headline pretty much says it all: “Nike Told Me to Dream Crazy, Until I Wanted a Baby.” The Op Ed includes a video in which Montaño channels the classic Nike ad aesthetic and message: Badass women in sports, giving it their all and breaking the mold! Just do it! Dream bigger, fight harder, ra-ra womanhood — until, that is, you want to have a baby. Then, Nike will drop your contract because #sorrynotsorry but the company’s just not into that kind of thing apparently. Montaño explained to the Times that during her sponsorship with Nike from 2010-2016, the company did not guarantee her a salary during pregnancy or postpartum. And she’s not alone.

“There’s no way I’d tell Nike if I were pregnant,” fellow athlete Phoebe Wright told the Times. “Getting pregnant is the kiss of death for a female athlete.”

Olympian Kara Goucher was given a choice after childbirth: breastfeed or run. And when her baby son fell ill? “I felt like I had to leave him in the hospital, just to get out there and run, instead of being with him like a normal mom would,” Goucher told the Times, in tears. “I’ll never forgive myself for that.”

Goucher and Montaño both lost their U.S. Olympic Committee and U.S.A. Track & Field health insurance while having kids.

So what does Nike have to say for itself?

“Nike is proud to sponsor thousands of female athletes,” said Nike in a statement to CBS news today. “As is common practice in our industry, our agreements do include performance-based payment reductions. Historically, a few female athletes had performance based reductions applied. We recognized that there was inconsistency in our approach across different sports and in 2018 we standardized our approach across all sports so that no female athlete is penalized financially for pregnancy.”

But, I mean, wouldn’t your athletic “performance” inherently take a dip if you’re, you know, pushing a person out of your body for a quick minute?

Nike declined to state to CBS News whether such provisions and protections — ensuring that female athletes would not be penalized for pregnancy — were actually written into its contracts. Asics, a Nike competitor, told CBS its policy is to pay its “sponsored athletes in full during pregnancy and after childbirth,” wrote the publication. So at least there’s that.