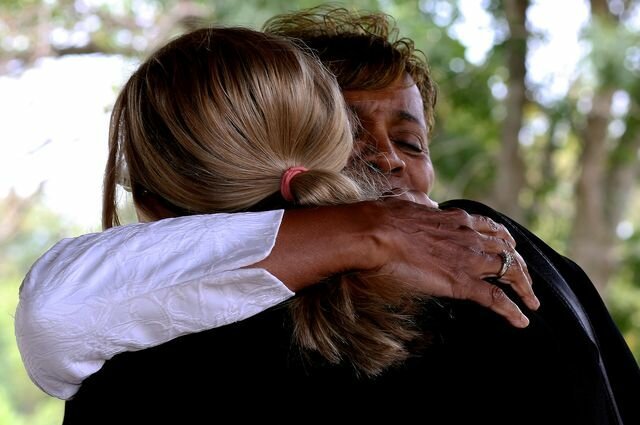 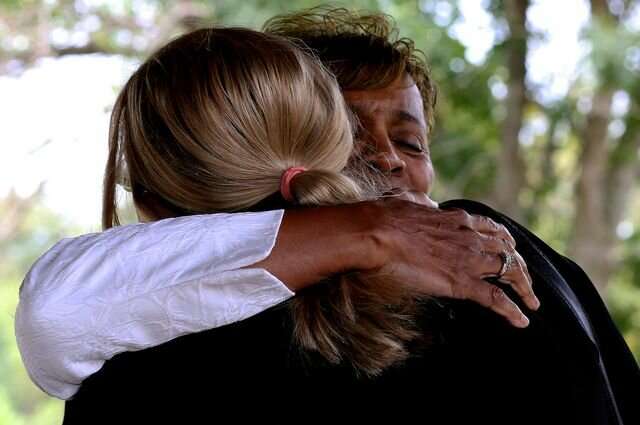 It’s a phrase many of us have uttered at one time or other: “I feel your pain.”

However, the degree to which you actually feel another person’s pain may depend on your sex. That was a key finding of a recent study by Leonardo Christov-Moore, a UCLA postdoctoral fellow in psychiatry and biobehavioral sciences, and Dr. Marco Iacoboni, director of the Neuromodulation Lab at the UCLA Ahmanson-Lovelace Brain Mapping Center, who studied the brain activity of people as they reacted to images of pain in others.

Christov-Moore and Iacoboni, whose research was published in the journal Brain Structure and Function, discuss their study’s findings and implications.

Why did you decide to study this issue?

Iacoboni: We published a paper some years ago reviewing all of the scientific evidence on sex differences in empathy, even going into the animal kingdom, and it was a natural follow-up to that study. In reviewing the literature, one thing that was really lacking was a large study using brain imaging to look at empathy.

How was the study set up?

Christov-Moore: Participants lied down in the MRI scanner and viewed a video clip of a human hand, which was either being poked with a syringe or, as a control condition, with a soft cotton swab. The purpose was to get people’s immediate reflexive responses—neural responses—to the sight of someone else in pain.

You used a technology known as a functional magnetic resonance imaging, or fMRI. How did that work?

Christov-Moore: We look at the blood oxygen level dependent signal, or BOLD signal, a measure of the ratio of oxygenated to non-oxygenated blood and is loosely related to incoming blood flow, and we look at the change in blood flow between different conditions. From that, we can infer that a particular area of the brain is more or less active in one condition versus another.

What was the key finding?

Christov-Moore: Our data suggest that females are better at feeling others’ pain, at really getting the feeling that the other person is having right now. Female participants in the study showed relatively higher activation in a sensory area of the brain associated with pain than their male counterparts.

Iacoboni: One way that I understand your pain is that in my own brain, I mimic what would happen to me if I felt the pain myself. And in females, the area that mimics the pain of others shows a bigger response. That’s an indication that women’s response is more empathic; they’re feeling other people’s pain more than the male participants are.

Why is it important to study these differences in the brain’s response between the sexes?

Iacoboni: In scientific research, it’s important to understand how the brains of males and females differ because it can help us to better structurally target specific treatments. This is not happening much now, but it should happen more. The field of medicine is trying to move to more of a personalized medicine approach.

For example, let’s say that there are three people in a room—two men and a woman—and that they all have the same disease and are all supposed to get the same pill. If we know that males and females differ in the way they respond to a certain medication, we may want to give them different amounts of the medication.

What is the importance of understanding differences in empathy, specifically?

Iacoboni: When it comes to empathy, differences in the brain have medical implications. The best example I can give is schizophrenia. We can treat some of the symptoms of schizophrenia very well. When people with schizophrenia hallucinate, we can give them certain pills and they do not hallucinate any more. But for some people, their community function—how they function in everyday life—can still be very much impaired. That’s because they have an impairment in what’s called social cognition, which means they are not competent social agents. And one of the foundational skills for being a competent social agent is empathy.

So understanding sex differences in empathy can let us understand why certain mental health disorders affect more males than females.

What do you think are the main contributions of your research?