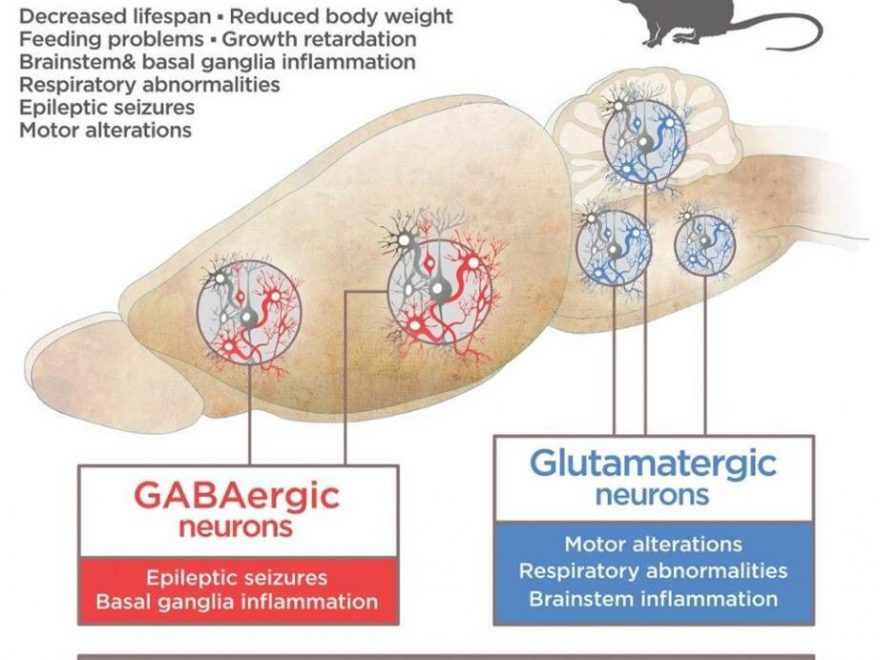 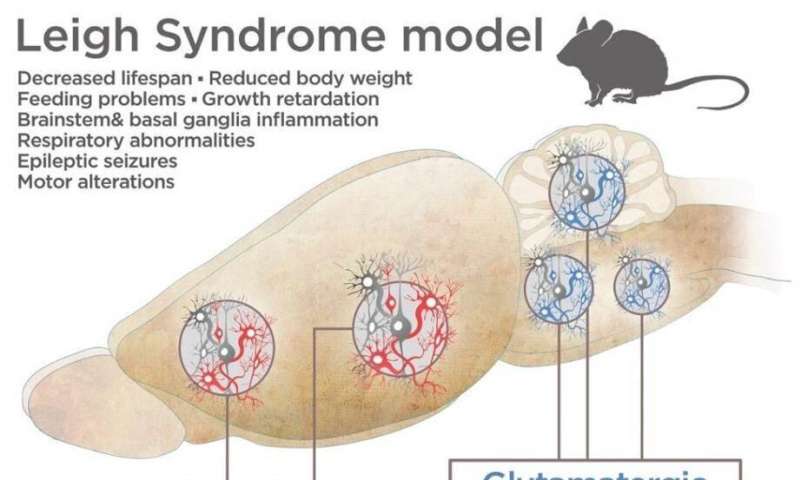 Leigh syndrome affects one in every 40,000 newborns and is produced by deficits in the mitochondria, which produce the energy needed for cells to function correctly. Thus, cells with a high energy demand, such as the brain and muscles, are most affected. Recently, the Mitochondrial Neuropathology laboratory at the UAB Institute of Neuroscience, directed by Albert Quintana, published an article in eLife describing the neurons responsible for the symptoms produced by this disorder. The generation of two new mouse models of the disease has allowed researchers to better understand the causes.

Notable differences were also observed in the two cell types related to the disorder. The mice with symptoms in the activator neurons showed severe problems with breathing and movement, functions related to the brainstem. Those with affected inhibitor neurons, however, presented severe cases of epilepsy, given that the function of these is to prevent brain activities which can lead to this disorder, as well as premature death.

Researchers tested these discoveries at different levels and with the use of various techniques, and the study therefore represents an important step in the direction of finding and developing a treatment.

“One of the greatest unanswered questions about mitochondrial disease is being able to identify why only some neurons are affected by this mutation and what role they play in the development of the disease. In this study we were able to develop new Leigh syndrome models, which has allowed us to name these neurons and clarify their involvement in the disease,” explains Albert Quintana.