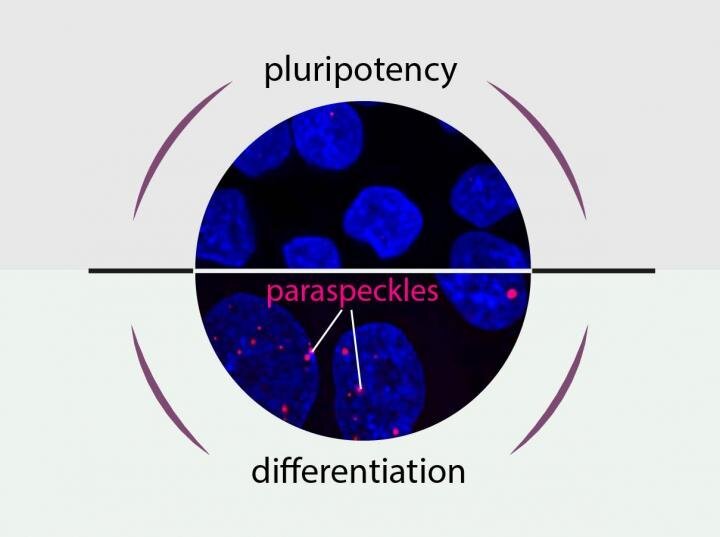 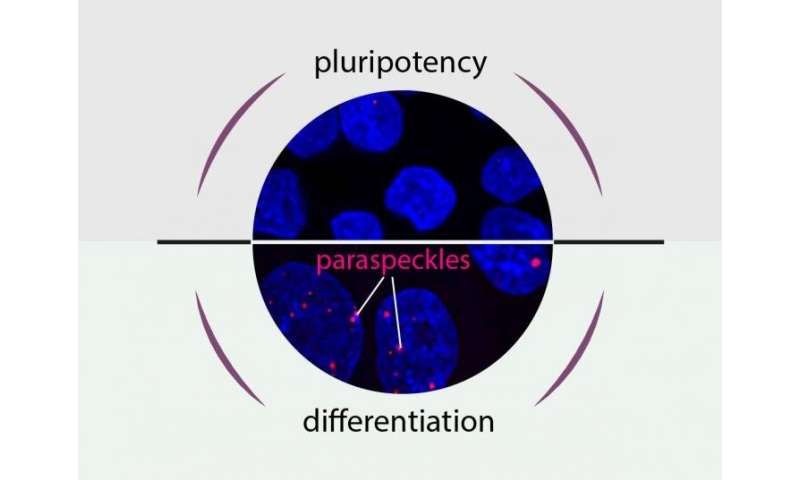 Induced pluripotent stem cells can turn into any type of cell in the body or remain in their original form. In the current edition of Molecular Cell, scientists from the Helmholtz Zentrum München describe how cells decide which of these two directions to take. During their research, they identified a protein and a ribonucleic acid (RNA) that play a highly significant role in this process. Their discovery also allows a better understanding of amyotrophic lateral sclerosis (ALS), a progressive neurological disease that affects motor neurons.

Thanks to their ability to transform into any type of cell in the body, induced pluripotent stem cells (iPS cells) could make a key contribution to regenerative medicine. In order to generate artificial beta cells for the treatment of type 1 diabetes, for example, it is essential to understand the mechanisms that underlie cell differentiation. Together with his team, Dr. Micha Drukker from the Institute of Stem Cell Research (ISF) at the Helmholtz Zentrum München, has now shown how such processes are controlled at the molecular level. It all began with a structure in a cell nucleus that was visualized with the aid of fluorescence microscopy.

“We noticed that nuclear domains named paraspeckles do not occur in iPS cells, but are quickly formed during the differentiation process, irrespective of the cell type that we created,” says Dr. Miha Modic, who was a member of Dr. Drukker’s working group. Drukker and Modic hypothesized that this phenomenon was linked to the ability of stem cells to differentiate into body cells. Along with Prof. Ule Jernej from University College London and Markus Grosch, a Ph.D. student in Dr. Drukker’s group, the researchers discovered key molecules in the cell nucleus that orchestrate the appearance of paraspeckles and how they regulate differentiation.

“Two factors play key roles in the decision as to whether cells differentiate or remain pluripotent,” says Drukker. “We identified NEAT1, a ribonucleic acid (RNA), and TDP-43, a protein that binds to RNA.” NEAT1 exists in two forms. The short form is stabilized by TDP-43, and in this case, no paraspeckles develop. The cell remains pluripotent, and is not altered. Conversely, a decrease in TDP-43 creates the long form of NEAT1. Paraspeckles are formed, and an iPS cell begins to differentiate. Modic adds: “This control system may be general for stem cells to make a choice when to differentiate.”

Modic says, “Dr. Silvia Schirge and Prof. Heiko Lickert from the Institute of Diabetes and Regeneration Research (IDR) helped us to show that paraspeckles are also crucial for efficient differentiation during murine embryonic development. Together, their study provides a breakthrough in understanding processes of differentiation and development.