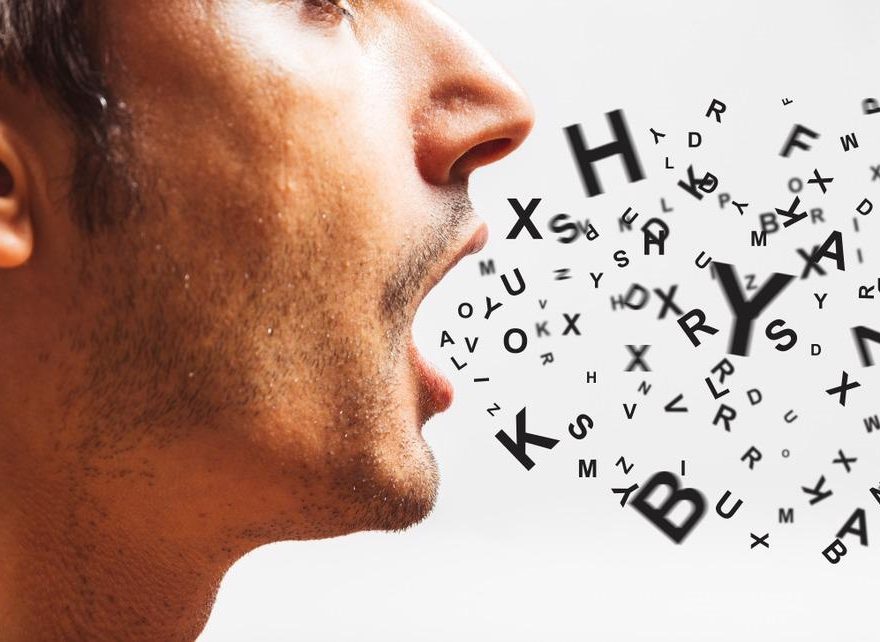 The medical sector defines stuttering as a speech disorder, in which a person often repeats some words or syllables, pronounces individual sounds drawly, or is unable to pronounce sounds or syllables fully. Many doctors and specialists define this speech disorder as "Logoneurosis” or “Logophobia”.

According to the National Institute of Speech & Hearing (NISH) stuttering occurs in about 1% of all people in the world. In adults, stuttering occurs more commonly in men with a male-to-female ratio of 4 to 1.

The development of long-term stuttering is often broken down into 4 phases:

Patients often substitute some words for others, avoid communication, prefer to remain silent more, do not want to draw attention to themselves, or become insecure, not only about speech.

According to the latest research in genetics, hereditary stuttering can occur in several generations in a family. In this case, congenital stuttering is observed in cases where the child's speech apparatus is weakened due to inherited genetic factors.

Usually, the first signs of stuttering appear in early childhood (up to 5 years), when the process of formation of speech skills occurs. If you take timely measures to normalize speech, then the child can completely get rid of speech defects. However, in adolescence, it is still possible to exacerbate stuttering in the event of uncomfortable circumstances – stressful conditions, mental trauma, family problems.

Scientists and members of the American Speech-Language-Hearing Association

believe that many stutterers inherit certain traits that put them at risk for developing this speech disorder. The exact nature of these traits is currently not fully understood, but they impair a person's ability to link muscle movements necessary for a smooth and free pronunciation of phrases into a single chain.

Stuttering occurs four times more often in boys than in girls (NIDCD, 2017). Experts suggest that this phenomenon is associated with the peculiarities of the formation of motor functions. Statistically, girls begin to walk, talk, articulate, and develop fine motor skills faster than boys.

Due to the shorter terms of the formation of speech and motor mechanisms, girls are more resistant to external negative psychological influences – fear, fright, stress.

If there is at least one stuttering person in a family among close relatives, then the likelihood of speech disorders in representatives of subsequent generations increases significantly.

According to the National Institute on Deafness and Other Communication Disorders (NIDCD), for men who stutter the probability of having sons with speech disorders is 22%  and for daughters, it is 9%, while for women this probability is 36% for sons and 17% for daughters.

The genetic conditions contributing to stuttering include the impaired development of motor skills and a sense of rhythm, scarcity of emotional development, increased reactivity because of abnormal relationships with others, and hidden mental disorders.

The presence of one of the above conditions is enough for a nervous breakdown and stuttering to occur. The reasons that provoke the occurrence of stuttering include one-stage mental trauma (fear, fright), bilingualism, or multilingualism in the family.

The pathogenesis of stuttering is like the mechanism of subcortical dysarthria and is often referred to as dysrhythmic dysarthria.

Representatives of the American Association for Speech, Language, and Hearing suggest that many people who have some speech impairment inherit certain traits, such as weak central speech mechanisms. However, this is not a reason for pessimism, because, despite the presence of certain links between stuttering and genetics, one must also remember that genetically inherited pathology manifests itself only in the presence of additional negative factors.

American scientists from the National Institute for Deafness and Speech Disorders conducted research in which they found substantial evidence that stuttering can be inherited.

In the process of studying the problem, the researchers found a strong connection on the long arm of the 12th chromosome. The results were obtained from a control group of Pakistani relatives who suffered from stuttering. Several unrelated families from Pakistan, North America, and the United Kingdom were also analyzed.

The twin method, carried out by the same group of scientists, showed that in identical twins, who passed on the same number of identical genes, both children will stutter in 20-63% of cases.

After completing his bachelor’s degree in market research and psychology in 2019 in New Zealand and Germany, Dmitry moved to London to pursue a career within the healthcare sector to oversee research projects in science and medicine, with a focus on how innovative technologies help drive and shape this industry.