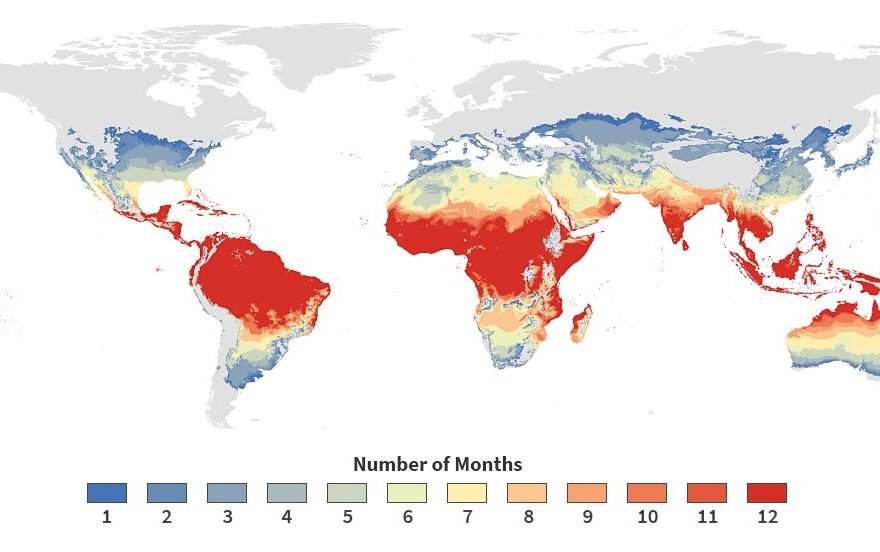 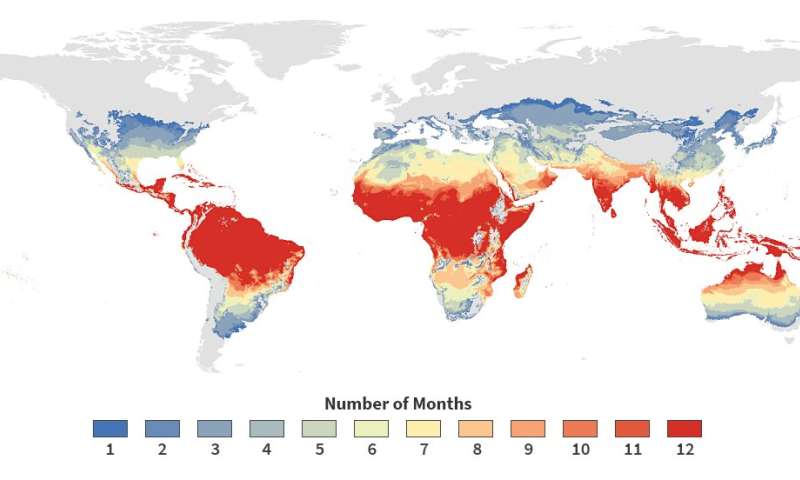 Just as snowbirds flock to warmer climes when winter settles in, wild creatures seek out weather that suits them. But a changing climate is moving that comfort zone for many animals, including disease-carrying mosquitoes that kill about 1 million people a year.

Stanford biologist Erin Mordecai and her colleagues have made startling forecasts of how climate change will alter where mosquito species are most comfortable and how quickly they spread disease, shifting the burden of disease around the world. A major takeaway: wealthy, developed countries such as the United States are not immune.

“It’s coming for you,” Mordecai said. “If the climate is becoming more optimal for transmission, it’s going to become harder and harder to do mosquito control.”

Mosquitoes and other biting insects transmit many of the most important, devastating and neglected human infectious diseases, including malaria, dengue fever, chikungunya and West Nile virus. Economic development and cooler temperatures have largely kept mosquito-borne diseases out of wealthier Northern Hemisphere countries, but climate change promises to tip the scales in the other direction.

“As the planet warms, we need to be able to predict what populations will be at risk for infectious diseases because prevention is always superior to reaction,” said Desiree LaBeaud, an associate professor of pediatrics in the Stanford Medical School who collaborates on research with Mordecai.

Mordecai’s research has found that warmer temperatures increase transmission of vector-borne disease up to an optimum temperature or “turn-over point,” above which transmission slows. Just as they carry different diseases, different mosquitoes are adapted to a range of temperatures. For example, malaria is most likely to spread at 25 degrees Celsius (78 degrees Fahrenheit) while the risk of zika is highest at 29 degrees Celsius (84 degrees Fahrenheit).

Mordecai’s lab is working to predict thermal responses for 13 such diseases and to map future changes in their distribution accordingly. Among the findings so far: carriers of dengue are among the warmest adapted, so will likely continue to plague hot regions such as sub-Saharan Africa. Mosquitoes that carry West Nile virus, however, prefer a more temperate climate, so likely will migrate to historically cooler regions such as the U.S. as the climate warms.

“If you’re thinking about impacts of climate change, this tells you a few degrees of warming has a really different impact depending on where you start relative to the optimum,” Mordecai said.

Meanwhile, many influential global health initiatives focus on cell and molecular biology rather than disease transmission. “I think they’re missing a big area,” Mordecai said. “If you have an ecological change that results in 96 million dengue cases a year, you should target that causal relationship even as you try to find a dengue vaccine and get it to as many people as possible.”