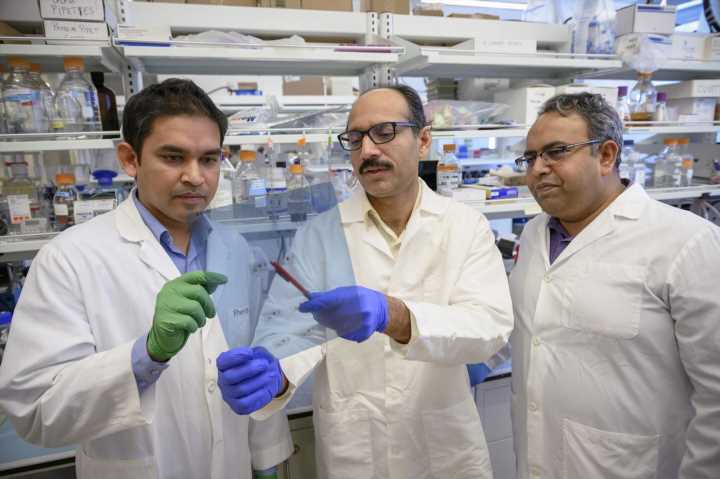 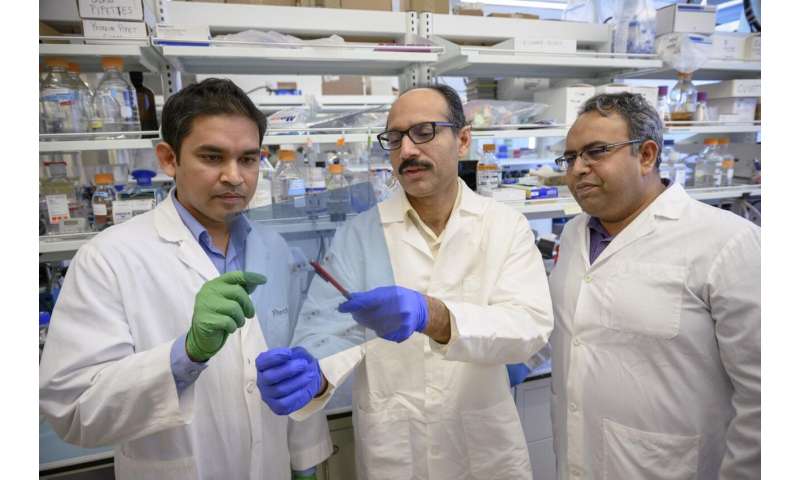 Researchers at Washington State University Health Sciences Spokane and elsewhere have identified a new therapeutic target for the treatment of gout, a common type of arthritis that causes episodes of painful and stiff joints.

Published in the journal Cellular and Molecular Immunology, their study suggests that blocking a signaling molecule known as TAK1 can suppress inflammation caused by gout. The research lays the foundation for the development of potential new treatment strategies that could significantly improve the quality of life of millions of people around the world who suffer from the condition. In the United States alone, gout affects an estimated 8.3 million people, or about 4 percent of the population.

Gout is caused by high blood levels of uric acid, a natural waste product from the digestion of foods that contain purines, such as red meat, seafood, dried beans, and beer. Elevated uric acid levels can lead to the formation of monosodium uric acid (MSU) crystals that accumulate in joints. The immune system will perceive these crystals as a threat and launch an immune response against them that increases the production of interleukin-1-beta (IL-1-beta), a cytokine protein that causes inflammation and triggers the intense pain and swelling people experience during gout attacks.

“It’s kind of a vicious cycle that starts with these crystals, which cause IL-1-beta to be produced, inducing inflammation and activating a lot of other proteins to produce more inflammation,” said Salah-Uddin Ahmed, a professor of pharmaceutical sciences in the WSU College of Pharmacy and Pharmaceutical Sciences and senior author on the study.

One of those proteins activated by IL-1-beta—TAK1—caught the interest of Ahmed’s research team when their previous study suggested its key role in the regulation of IL-1-beta inflammation in rheumatoid arthritis. They designed a study to identify the molecular mechanism by which MSU crystals produce IL-1-beta inflammation and the role of TAK1 in this process. Using two different cell lines of human macrophages—immune cells that play a key role in inflammation—they found that MSU crystals could directly activate TAK1 and other proteins that were previously thought to be dependent on IL-1-beta signaling for activation. 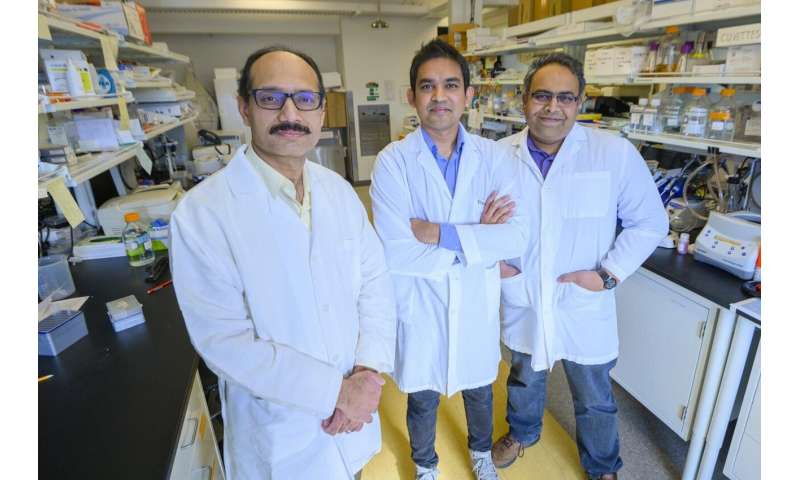 “We already knew that MSU crystals activate what is known as the inflammasome pathway, which produces IL-1-beta,” Ahmed said. “However, our study found that MSU crystals also use an alternate pathway that triggers inflammation through TAK1, which is a new finding related to how gout develops.”

Next, they showed that the use of a chemical that inhibits, or blocks, TAK1 could completely suppress any inflammation caused by MSU crystals, both in healthy human macrophage cells and in a rodent model of gout.

Ahmed said their discovery has opened the door towards the development of new treatment strategies for gout.

One current treatment he said scientists have experimented with is Anakinra, a drug that blocks the binding of IL-1-beta to its receptor. Though it has shown promise, Ahmed said the drug is not clinically used for gout, because it is given by infusion—which requires hospitalization; its effectiveness is limited; and it comes with a potential risk of infections when used long term. Developing TAK1 inhibitor drugs that could be taken by mouth would allow patients with gout to manage flare-ups of the disease at home.

The team’s next goal is to confirm their findings in cells taken from patients with gout. They are currently pursuing federal funding for this project, which they plan to conduct in collaboration with clinical scientists at the University of Alabama Birmingham and the University of Michigan Ann Arbor. If their findings hold up, this may eventually lead to clinical trials to test TAK1-inhibitors in patients.