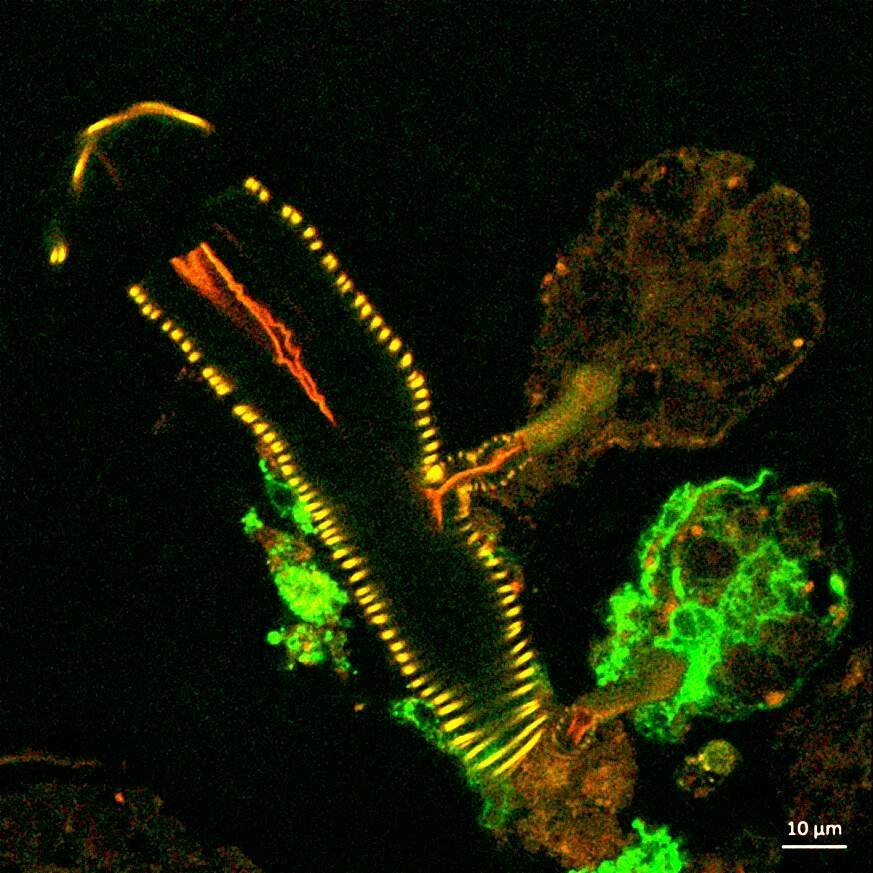 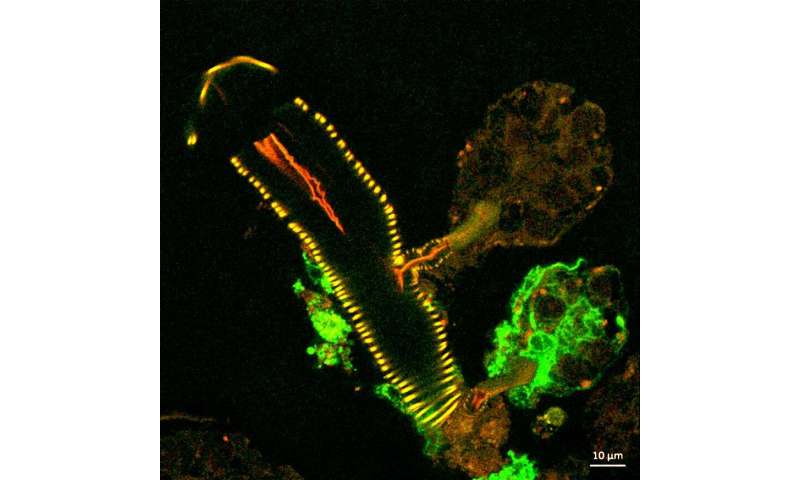 The salivary glands of some tick species could become important research tools for studying how viruses are transmitted from ticks to mammals, and for developing preventive medical countermeasures. Tick salivary glands usually block transmission, but a new study conducted by scientists at the National Institute of Allergy and Infectious Diseases (NIAID) at the National Institutes of Health focuses on the role of salivary glands in spreading flaviviruses from black-legged ticks (Ixodes scapularis) to mammals. The new study, published in the journal mBio, advances the researchers’ work published in 2017 that established cultured tick organs as a model for flavivirus infection.

Flaviviruses include dengue virus, Zika virus, West Nile virus, yellow fever virus, Powassan virus and several other viruses. Powassan is the only endemic flavivirus spread by ticks in North America, where it is considered a re-emerging virus. Physicians in the United States have reported roughly 100 cases of disease in the past decade, half of them in 2016-17. Powassan virus disease occurs primarily in northeastern states and the Great Lakes region. Though disease caused by Powassan virus is rare—most people who become infected with Powassan virus do not develop any symptoms—the virus can be transmitted very rapidly. Within 15 minutes, an infected tick can transmit the virus to a person or other mammal on which it is feeding. Symptoms of Powassan virus disease can include fever, headache, vomiting, weakness, confusion, loss of coordination, speech difficulties, and seizures. If the virus infects the central nervous system, it can cause brain inflammation and meningitis. Debilitating long-term neurological problems or even death may occur.