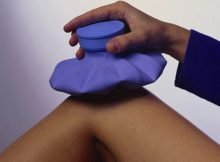 (HealthDay)—Radiographic knee osteoarthritis (RKOA) is associated with an increased risk for mortality from cardiovascular disease (CVD), diabetes, and renal diseases, but self-reported OA is not, according to a study published in the December issue of the International Journal of Epidemiology.

Angelico Mendy, M.D., from the University of Iowa in Iowa City, and colleagues analyzed data from 51,938 participants in the 1988-1994 and 1999-2010 National Health and Nutrition Examination Surveys. A subset of 2,589 participants had knee X-rays and were followed for a median of 13.6 years. Mortality was tracked through 2011 (overall median follow-up, 8.9 years).