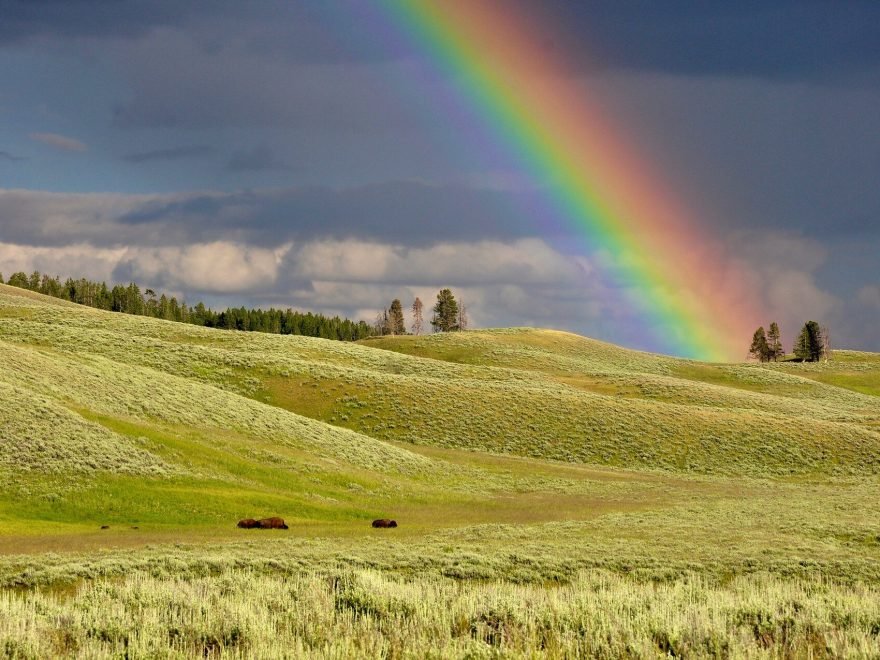 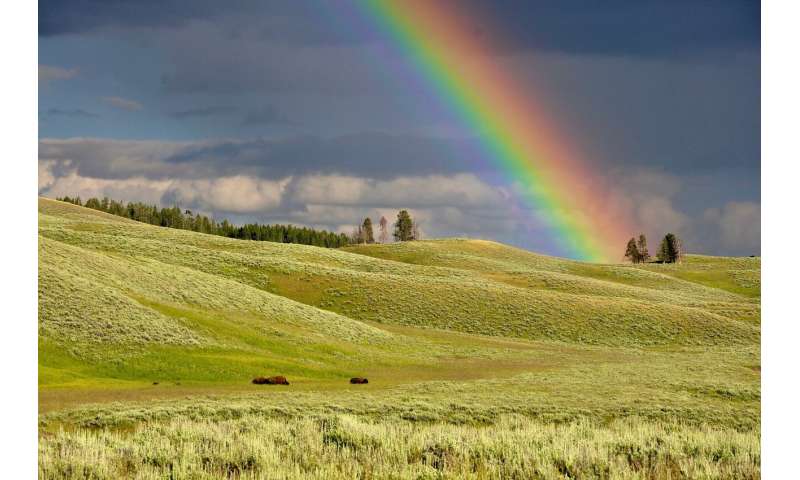 What do you think of when you think of a rainbow? If you’re sighted, you’re probably imagining colors arcing through the sky just after the rain.

But what about someone who can’t see a rainbow? How does a congenitally blind person’s knowledge of a rainbow—or even something as seemingly simple as the color red—differ from that of the sighted?

The answer, Alfonso Caramazza said, is complicated: There are similarities but also important differences.

The Daniel and Amy Starch Professor of Psychology, Caramazza is the co-author, with postdoctoral fellow Ella Striem-Amit and Xiaoying Wang and Yanchao Bi from Beijing Normal University, of a new study that suggests that, although they experience them differently, the sighted and the blind are still able to share a common understanding of abstract visual phenomena like rainbows and color. The study is described in a December paper published in Nature Communications.

“The question here is how do we represent things that don’t have an external physical reality—something we can’t touch or smell?” Caramazza said. “If you think about it, this is not just a problem for the blind; it’s a problem anyone has when they hear a word like ‘ion’ or ‘quark,’ for example. Most of us have only a very vague understanding of what those things actually are. If you talk to physicists they can give you theoretical, mathematically precise descriptions, but none of the things they associate with those things have a concrete, physical correspondence.”

With no way to directly experience what something like quarks actually are, Caramazza said, people lean heavily on language to understand or describe them—using words like “strange” and “charm” to describe quarks’ “flavors.”

And the same, he said, is true for blind people seeking to understand color.

“You can use language to describe things that are physical,” he explained. “If you were blind and I wanted to describe a cup to you, I could say it’s a hard object that’s concave and it’s nonporous, so you can put liquids in it. Those descriptions are things you have some physical experience of, so you can piggyback on that experience. But there are some concepts for which you cannot do that. Color is a surface property of an object, but there’s no way for me to tell a blind person what that sensory experience is, because it’s a purely visual experience. So the way they learn about red is the way you and I learn about quarks, or about concepts like justice or virtue—through a verbal description or use in verbal contexts.”

Though scientists have known for decades that abstract and concrete concepts are represented in different parts of the brain, Caramazza said that understanding how the blind experience and understand visual concepts like color can help shed new light on how the brain is organized.

One hypothesis for how knowledge is organized in the brain proposes that representations of the things we know are optimally connected to other parts of the brain that are necessary for processing that information.

“For example,” Caramazza said, “knowledge of something I can see will be organized in a part of my brain that is easily connected with the visual system. But what about color in the blind? It cannot be represented in an area that’s connected to visual processing. Because they learn about it through language, it will be organized in an area that is especially well-connected with language processing. So if the question is where does a blind person store a representation of a rainbow in their brain, they store it in the same area where a sighted person would store a representation of a concept like justice or virtue.”

To see that process in action, Caramazza and his colleagues recruited both blind and sighted volunteers and used fMRI scanners to track activity in their brains as they performed various tasks, including answering questions about rainbows and colors.

“We found that, in the congenitally blind, the neural responses for red were in the same areas as the neural responses for justice,” he said. “The abstractness of something like red in the blind is the same as the abstractness of virtue for the sighted, and in both cases that information is represented in a part of the brain where information is obtained through linguistic processes.”

While the study’s findings suggest there are similarities between how the blind and the sighted interpret concepts like color, Caramazza said the answer is still far from definitive.

“What we are showing is that the organization of concepts in the brain is determined by different principles, one of which is how the information is acquired,” he said. “But the question of whether the blind and the sighted actually have different concepts of red—that’s the hard problem. That’s a philosophical question at this stage. It’s not something we know how to address scientifically, because we’re talking about personal, private experience.”