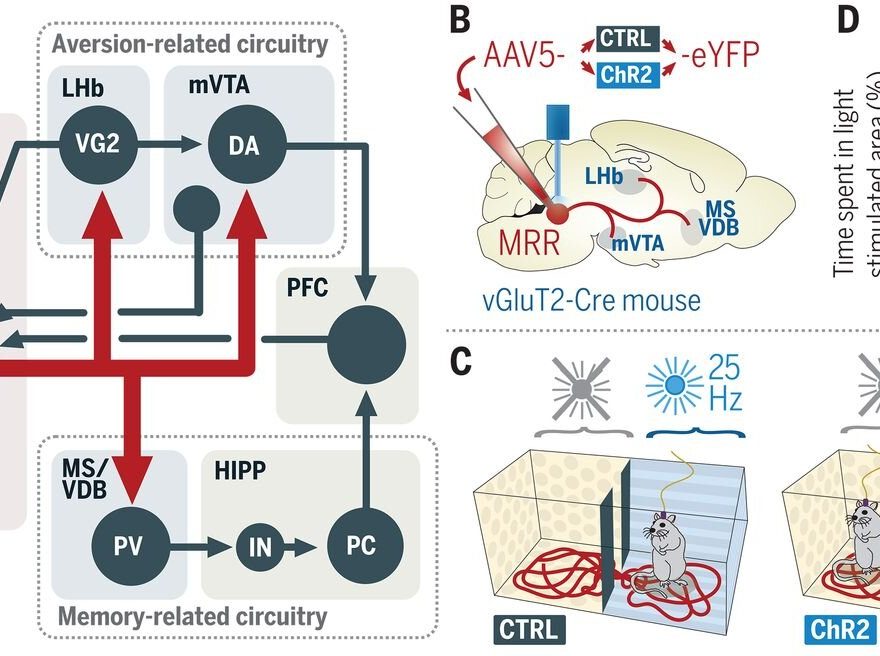 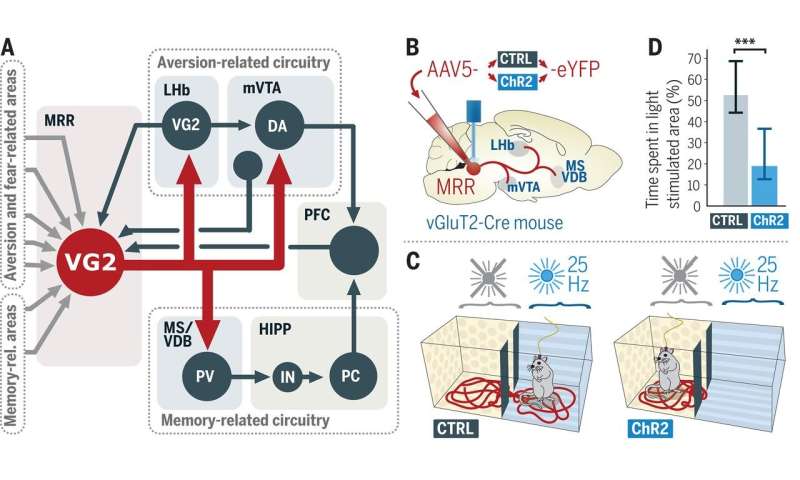 A team of researchers with the Hungarian Academy of Sciences and Semmelweis University has found that a hub in the brainstem of mice regulates their ability to evaluate, process and memorize negative experiences. In their paper published in the journal Science, the group describes multiple neuronal stimulation experiments they carried out with mice and what they learned from them. Satoshi Ikemoto with the National Institutes of Health, in the U.S. has published a Perspective piece outlining the history of research surrounding how the mammalian brain responds to threats and other negative experiences and outlines the work by the team in Hungary.

As Ikemoto notes, scientists have found that responding to threats is complicated business in mammals. Notably, they are almost always based on past experience—seeing someone killed by a gun, for example, can make people feel fear and behave accordingly if they happen to see a gun again. Ikemoto suggests the median raphe region (MRR) which is located in a lower part of the brainstem might play an important role in such responses.

To learn more about how mice process negative experiences and then respond to them later, the researchers carried out a series of experiments that involved neuronal stimulation—both physically and experientially. More specifically, the used what they describe as a suite of neuroscientific tools to study neural circuity that was involved in negative experiences in mice, with a focus on the MRR.

The researchers report that they found that a previously unknown group of MRR neurons in mice—called vGluT2-neurons—serve as a main hub for remembering and processing negative experiences and the behavior that occurs when such experiences are experienced again. They also found that stimulating the neuron group artificially in test mice brains resulted in aversion type behavior and anxiety related symptoms. And suppressing the nerves had the opposite effect—the mice no longer reacted to experiences that would normally frighten them.