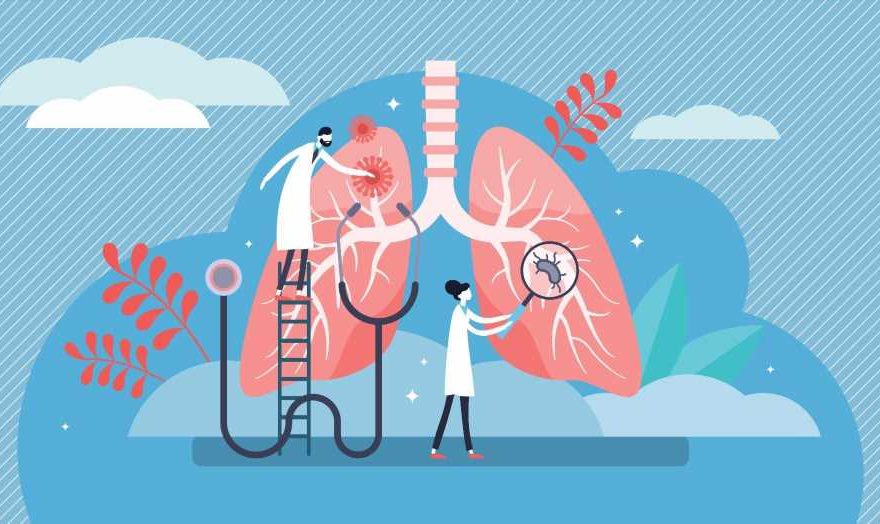 Lung cancer, the growth of malignant cells in the lung, is the most common cause of cancer-related death in men and women worldwide. Unfortunately, the general prognosis for patients with lung cancer is poor because the condition is usually only diagnosed once it has reached an advanced stage. For early-stage lung cancer, the five-year survival rate is between 40% and 50%, but for advanced disease, the rate is only between 1% and 5%. 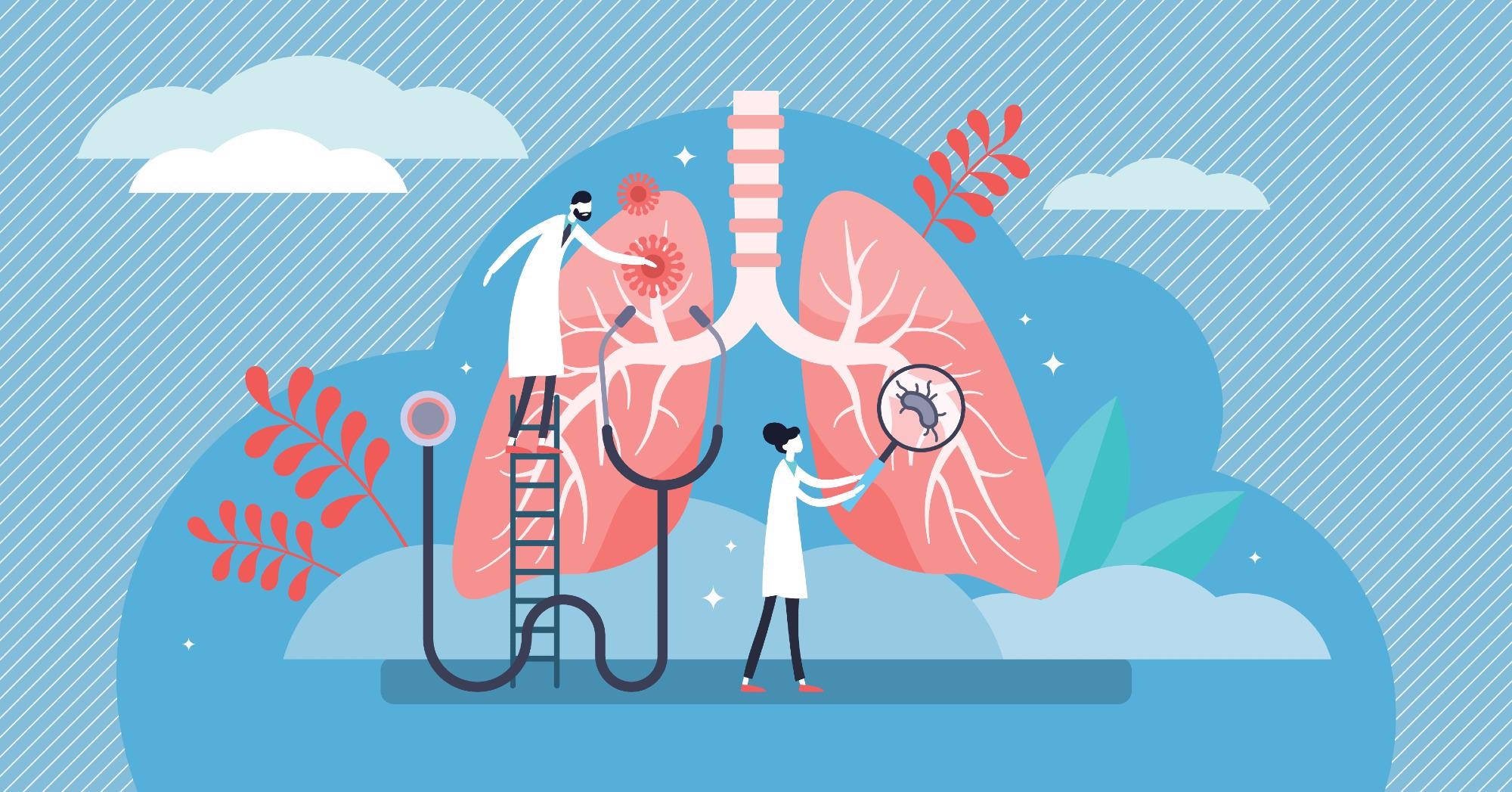 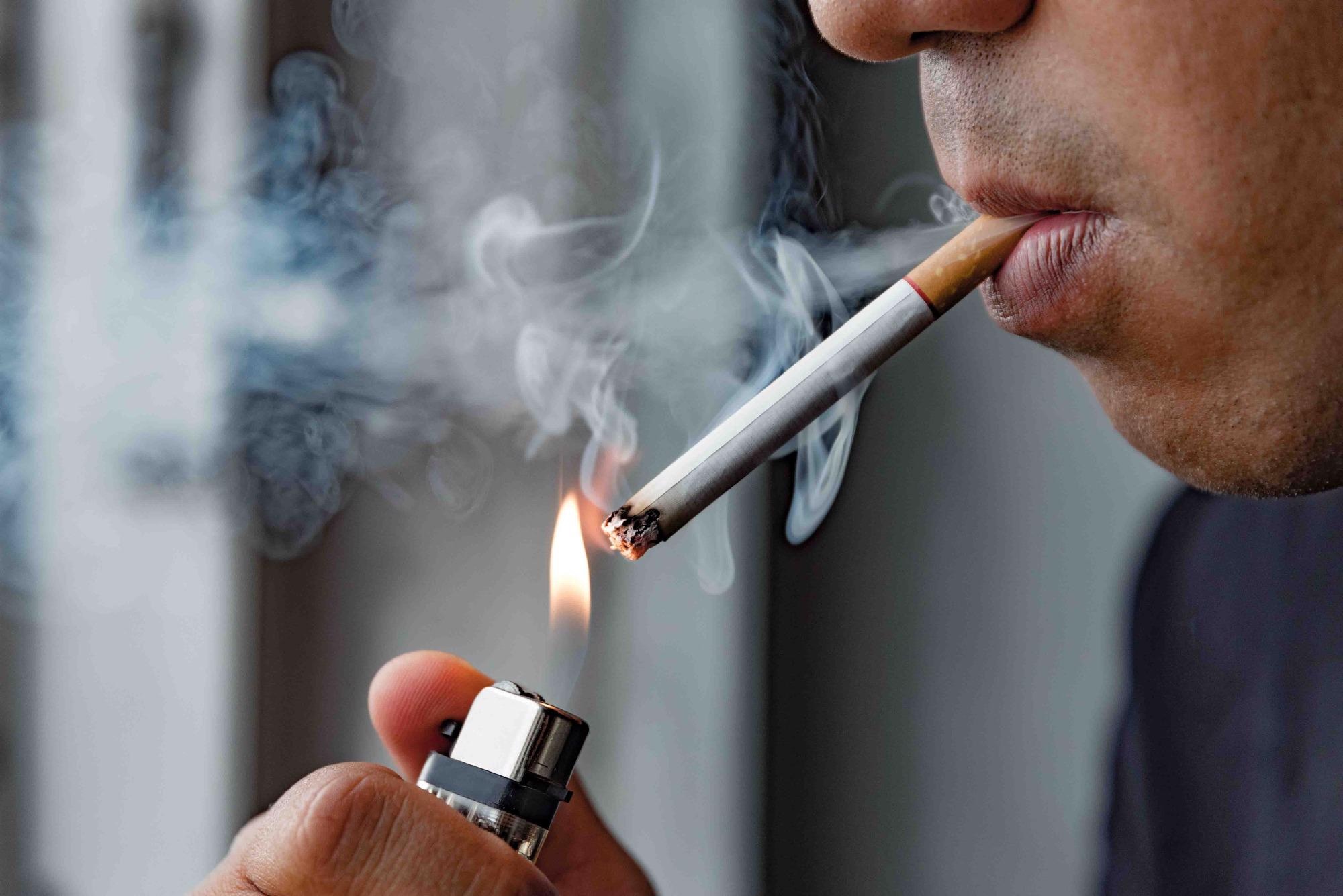 Second-hand smoke is also a risk factor for lung cancer. This is because the same cancer-causing agents inhaled when a person smokes are also present in second-hand smoke, although in smaller amounts.

People with a relative who has had lung cancer have twice the risk of developing it than people with no family history of the condition. However, since cigarette smoking tends to run in families, it is difficult to determine whether the increased lung cancer risk results from genetic factors or exposure to cigarette smoke.

HIV infection is associated with an increased risk of lung cancer. However, smoking rates tend to be higher amongst individuals with HIV, meaning it is difficult to determine whether the increased lung cancer risk results from HIV infection or exposure to cigarette smoke.

These include radiation exposure, workplace exposure to certain substances, and air pollution.

Sources of radiation exposure include atomic bomb radiation, imaging tests, radiotherapy, and radon. Exposure to radiation after an atomic bomb explosion is a known risk factor for lung cancer. During Imaging tests such as CT scans, patients are exposed to radiation. Patients are exposed to less radiation during a low-dose spiral CT scan than during a high-dose scan. Radiotherapy uses different types of radiation, including X-rays and gamma rays, which may increase the risk of lung cancer, especially if the radiation is received in high doses. The radioactive gas radon can seep into homes via cracks in the flooring, foundations, or walls, and radon levels may build up over time, increasing exposure to radiation and, therefore the risk of lung cancer.

Research has also shown that people exposed to high levels of pollution are at a greater risk of developing lung cancer.

The following factors are protective against the risk of developing lung cancer.

This is the most effective way to prevent lung cancer from developing.

People who smoke can lower their risk of developing lung cancer by stopping smoking.

Antidepressant therapy, counseling and nicotine replacement aids have previously helped smokers quit. For a person who has quit, the likelihood of lung cancer being prevented depends on how many cigarettes the person smoked and how long it has been since they quit. After ten years of quitting, the lung cancer risk decreases from 50% to 30%.

Lower exposure to risk factors in the workplace

Lowering the level of radon may decrease lung cancer risk, particularly among people who smoke. The radon level in a home can be reduced by taking measures to stop leakage, such as sealing the basement.

How does lung cancer affect the body?

Sally first developed an interest in medical communications when she took on the role of Journal Development Editor for BioMed Central (BMC), after having graduated with a degree in biomedical science from Greenwich University.