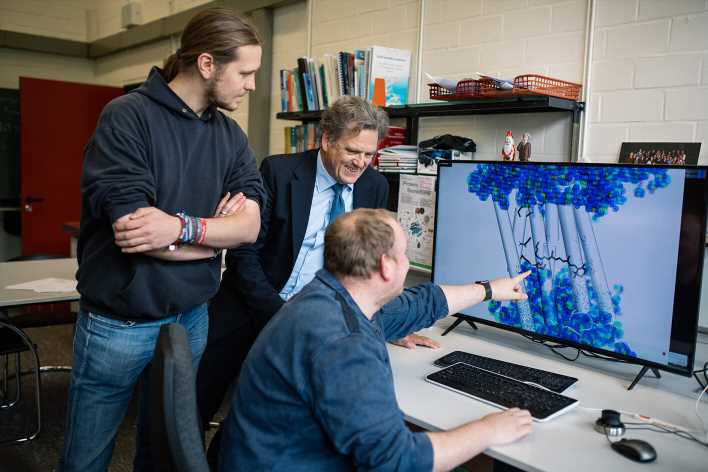 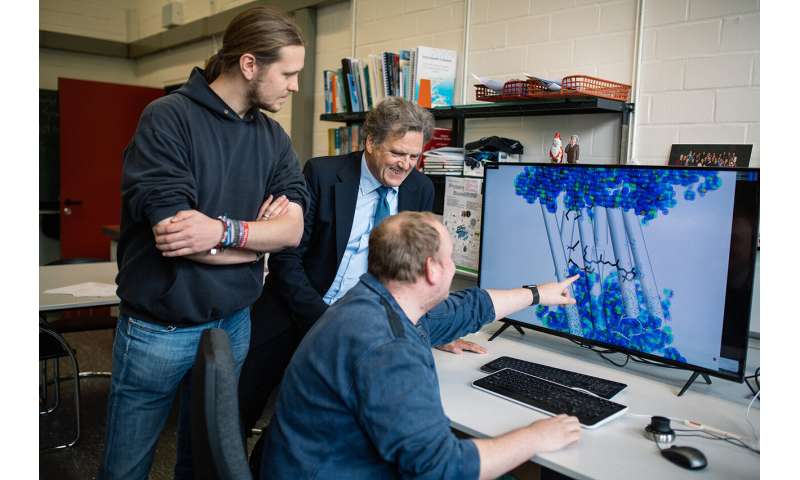 Optogenetics uses light to control brain processes. It is based on light-controlled proteins such as channelrhodopsin-2, an ion channel that opens when it’s exposed to light, thus activating cellular processes. In collaboration with colleagues from Humboldt-Universität zu Berlin, the researchers from Ruhr-Universität Bochum (RUB) have now shed light on its mode of action. The team headed by Professor Klaus Gerwert and Professor Peter Hegemann has published its report in PNAS on April 19, 2019.

Researchers consider optogenetics to have enormous therapeutic potential. “It is feasible that light might be used to make blind people see or to treat agitated paralysis in Parkinson’s patients,” explains Klaus Gerwert.

Discovered by Peter Hegemann, channelrhodopsin-2 is the central light-activated protein in optogenetics. If this ion channel is applied to nerve cells, the channels can be opened by light, thus activating the cell.

In the past, scientists could not agree on how the channel is activated. “But it is precisely the understanding of the molecular reactions in the protein and of the ionic conductivity resulting thereof that is essential for optimising the protein for its potential applications,” says Gerwert.

With joined forces, the researchers from Bochum and Berlin figured out how the channel is activated in detail. By combining time-resolved Fourier Transform Infrared Spectroscopy, biomolecular simulations, and electrophysiological experiments, they demonstrated that photoexcitation triggers two different structures—and not, as previously assumed, only one. One of them results in the required channel activation that is used in optogenetics. The parallel path provides merely a weak proton stream; however, the longer exposure, the more it gains the upper hand and suppresses the required channel activation. Accordingly, the optogenetic tool soon starts to lose its effectiveness. “If we block the unwanted parallel path by implementing specific protein design, we could optimise the optogenetic tool considerably,” concludes Gerwert.