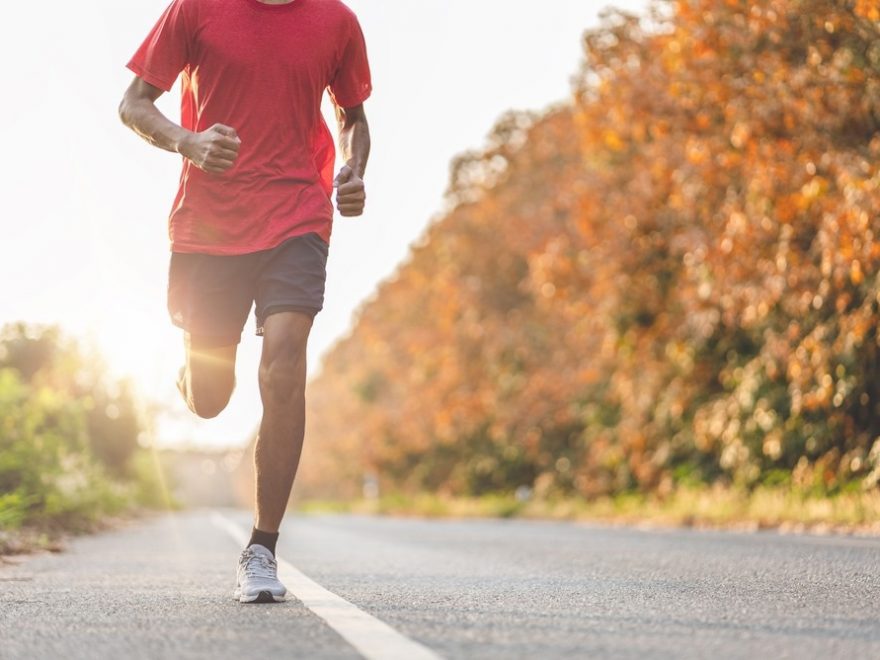 Recreational running, defined as running for leisure which may or may not include a competitive aspect, has become increasingly popular. Many factors are attributed to the growth in popularity of recreational running, including physical and psychological health benefits. In addition, it is associated with low cost and wide access ability, in that it can be performed in various contexts and requires little technical skill.

Overall, the health benefits associated with running are overwhelmingly positive and wide and include preventing several diseases and conditions such as obesity, hypertension, dyslipidemia, reduction of cardiovascular, all-cause, and cancer mortality, dyslipidemia, and type 2 diabetes.

What does the literature say about running?

Existing research on running predominantly addresses the risk of injury, addictions, and health-related outcomes. However, research investigating the interrelationship between psychological and behavioral attributes associated with those that sustain regular and consistent running behavior is also considered important to public health research.

What are the positive psychological effects associated with running?

A systematic review of published literature that describes the psychological and behavioral correlates of recreational running demonstrated that running is associated with improved cognitive function; this includes improvements in nonverbal fluency, attention, and neuromotor performance, which is thought to be mediated by neurotrophic factor release.

Concerning motives, the main contributor is improvements in mood and wellbeing, with concomitant reductions in depression, life stress, and anxiety. Well-being, in general, is considered one of the most dominant psychological outcomes associated with running.

Overall feelings of wellbeing reported in the literature include boosted psychological health, feelings of tranquillity, revitalization, positive arousal/ disposition, proactive engagement, reduction in physical exhaustion, and feelings of happiness. These findings exist across the age range, increasing psychological wellbeing and quality of life. These feelings can be partially attributed to effective exercising in a natural environment.

It is important to note that the psychological benefits associated with running are interrelated; therefore, differentiating among them is difficult. The causes of these interrelationships are numerous and include the thermogenic effect of exercise, hormonal responses, and neurobiological mechanisms whose pathways remain to be elucidated, posing as the strongest confounding factor.

What are the positive physical effects associated with running?

Running, as well as all regular forms of physical exercise, has several beneficial health effects. Exercise is associated with aiding in decreased body mass and adiposity (although these are not the primary outcomes of exercise). In addition, they mediate the risk of developing several diseases that can accompany obesity, including type 2 diabetes and cardiovascular disease.

Sustained physical activity is associated with decreased markers of inflammation, improved overall survival, improved metabolic health, and reduced risk of heart failure. Regarding metabolic health, running reduces the development risk of type 2 diabetes by improving glucose tolerance and insulin sensitivity while decreasing levels of circulating lipids. These effects are incurred through adaptations to the muscle, skeletal, liver, and adipose tissues.

Running also decreases resting heart rate, blood pressure, and markers of atherosclerosis. Adaptations in response to running include increases in physiological cardiac hypertrophy – an enlargement and strengthening of the heart muscle to improve the efficiency of blood circulation. This is distinct from pathological forms of hypertrophy as it is not associated with impaired relaxation and diastolic function.

Running is also associated with improved myocardial perfusion and increased levels of high-density lipoprotein, which reduce the stress imposed on the heart and boost the function of the cardiovascular system in both healthy and diseased individuals.

The connection between running and the brain: By Neuroscientist Ben Martynoga

What are the short-term effects of running?

According to a review of the evidence, runners are predicted to live three years longer relative to non-runners. This effect is not ameliorated by other negative predictors such as smoking, excessive alcohol consumption, overweight, or obesity – with between 25% and 40% reduced risk of premature mortality.

The authors suggest that running is more effective in prolonging life relative to other forms of movement such as walking, swimming, and cycling. It was also demonstrated that 5 to 10 minutes of running per day at <6mph was sufficient to reduce the risk of heart disease and all-cause mortality.

What are the risks associated with running?

Despite the health benefits of running, running-related musculoskeletal injuries (RRMIs) are common among runners. RRMIs are typically caused as a result of small loads over repetitive cycles.

A systematic review of running-related musculoskeletal injuries among runners demonstrated that, in the case of both ultra-marathon and non-ultra-marathon runners, injury is associated most commonly with the non-ankle regions and makes up the highest incidence proportion of injuries. The highest incidence of injuries included anterior compartment tendinopathy, patellofemoral pain syndrome, and Achilles tendinopathy.

Despite the risk of injury, running has an overwhelmingly positive effect on both physiological and psychological health. It is important to note that running should be moderate, as with all forms of physical activity – with attention paid to form, stretching, and appropriate rest.

Hidaya is a science communications enthusiast who has recently graduated and is embarking on a career in the science and medical copywriting. She has a B.Sc. in Biochemistry from The University of Manchester. She is passionate about writing and is particularly interested in microbiology, immunology, and biochemistry.