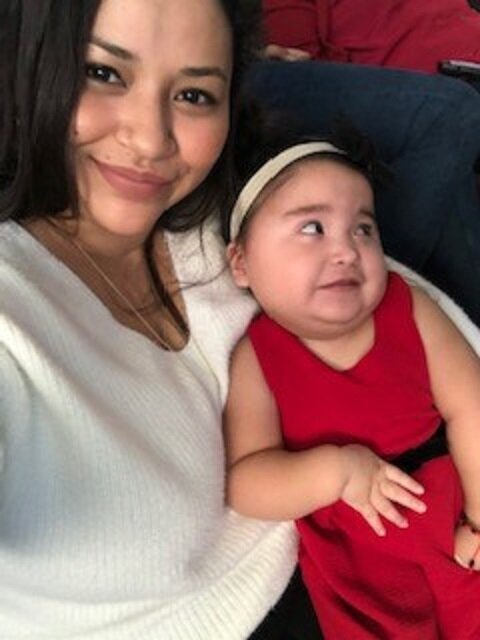 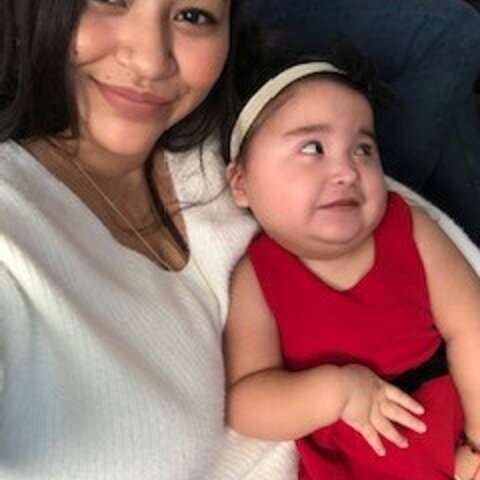 Elizabeth Delacruz can’t crawl or toddle around like most youngsters nearing their second birthday.

A rare metabolic disorder that decimated her mobility has also led to cortical blindness—her brain is unable to process images received from an otherwise healthy set of brown eyes. And multiple times a day Elizabeth suffers seizures that continually reduce her brain function. She can only offer an occasional smile or make soft bubbly sounds to communicate her mood.

“But a few months ago I heard her say, ‘Mama,’ and I started to cry,” said Carmen Mejia, a subtle quaver in her voice as she recalled the joy of hearing her daughter. “That’s the first time she said something.”

Ms. Mejia realizes it may also be the last, unless doctors can find a way to detect and prevent the epileptic seizures stemming from a terminal disease called pyruvate dehydrogenase deficiency (PDHD) – which occurs when mitochondria don’t provide enough energy for the cells.

A UT Southwestern study gives parents like Ms. Mejia renewed hope for their children: By monitoring the brain activity of a specific cell type responsible for seizures, scientists can predict convulsions at least four minutes in advance in both humans and mice. The research further shows that an edible acid called acetate may effectively prevent seizures if they are detected with enough notice.

Although the prediction strategy cannot yet be used clinically—a mobile technology for measuring brain activity would have to be developed—it signifies a potential breakthrough in a field that had only been able to forecast seizures a few seconds ahead.

“Many of the families I meet with are not just bothered by the seizures. The problem is the unpredictability, the not knowing when and where a seizure might occur,” said Dr. Juan Pascual, a pediatric neurologist with UT Southwestern’s O’Donnell Brain Institute who led the study published in Science Translational Medicine. “We’ve found a new approach that may one day solve this issue and hopefully help other scientists track down the root of seizures for many kinds of epilepsy.”

The critical difference between the study and previous efforts was debunking the long-held belief among researchers that most cells in epilepsy patients have malfunctioning mitochondria.In fact, Dr. Pascual’s team spent a decade developing a PDHD mouse model that enabled them to first discover the key metabolic defect in the brain and then determine only a single neuron type was responsible for seizures as the result of the metabolic defect. They honed in on these neurons’ electrical activity with an electroencephalogram (EEG) to detect which brainwave readings signaled an upcoming seizure.

“It’s much more difficult to predict seizures if you don’t know the cell type and what its activity looks like on the EEG,” Dr. Pascual said. “Until this finding, we thought it was a global deficiency in the cells and so we didn’t even know to look for a specific type.”

The study shows how a PDHD mouse model helped scientists trace the seizures to inhibitory neurons near the cortex that normally keep the brain’s electrical activity in check.

Scientists then tested a method of calculating when seizures would occur in mice and humans by reviewing EEG files and looking for decreased activity in energy-deficient neurons. Their calculations enabled them to forecast 98 percent of the convulsions at least four minutes in advance.

Dr. Pascual is hopeful his lab can refine EEG analyses to extend the warning window by several more minutes. Even then, live, clinical predictions won’t be feasible unless scientists develop technology to automatically interpret the brain activity and calculate when a seizure is imminent.

Still, he said, the discovery that a single cell type can be used to forecast seizures is a paradigm-shifting finding that may apply to all mitochondrial diseases and related epilepsies.

Dr. Pascual’s ongoing efforts to extend the prediction time may be a crucial step in utilizing the other intriguing finding from the study: the use of acetate to prevent seizures.

The study showed that delivering acetate into the blood stream of PDHD mice gave their neurons enough energy to normalize their activity and decrease seizures for as long as the acetate was in the brain. However, Dr. Pascual said the acetate would probably need more time—perhaps 10 minutes or more—to take effect in humans if taken by mouth.

Acetate, which naturally occurs in some foods, has been used in patients for decades—including newborns needing intravenous nutrition or patients whose metabolism has shut down. But it had not yet been established as an effective treatment for mitochondrial diseases that underlie epilepsy.

Among the reasons, Dr. Pascual said, is that labs have struggled to create an animal model of such diseases to study its effects; his own lab spent about a decade doing so. Another is the widespread acceptance of the ketogenic diet to reduce the frequency of seizures.

But amid a growing concern about potentially unhealthy side effects of ketogenic diets, Dr. Pascual has been researching alternatives that may refuel the brain more safely and improve cognition.

Elizabeth, among a handful of patients whose EEG data were used in the new study, has been prescribed a ketogenic diet and some vitamins to control the seizures. Her family has seen little improvement. Elizabeth often has more than a dozen seizures a day and her muscles and cognition continue to decline. She can’t hold her head up and her mother wonders how many more seizures her brain can take.

Elizabeth was only a few months old when she was diagnosed with PDHD, which occurs when cells lack certain enzymes to efficiently convert food into energy. Patients who show such early signs often don’t survive beyond a few years.

Ms. Mejia does what she can to comfort her daughter, with the hope that Dr. Pascual’s work can someday change the prognosis for PDHD. Ms. Mejia sings, talks, and offers stuffed animals and other toys to her daughter. Although her little girl can’t see, the objects offer a degree of mental stimulation, she said.

“It’s so hard to see her go through this,” Ms. Mejia said. “Every time she has a seizure, her brain is getting worse. I still hope one day she can get a treatment that could stop all this and make her life better.”

Dr. Pascual is already conducting further research into acetate treatments, with the goal of launching a clinical trial for patients like Elizabeth in the coming years.

His lab is also researching other epilepsy conditions—such as glucose transporter type I (Glut1) deficiency—to determine if inhibitory neurons in other parts of the brain are responsible for seizures. If so, the findings could provide strong evidence for where scientists should look in the brain to detect and prevent misfiring neurons.