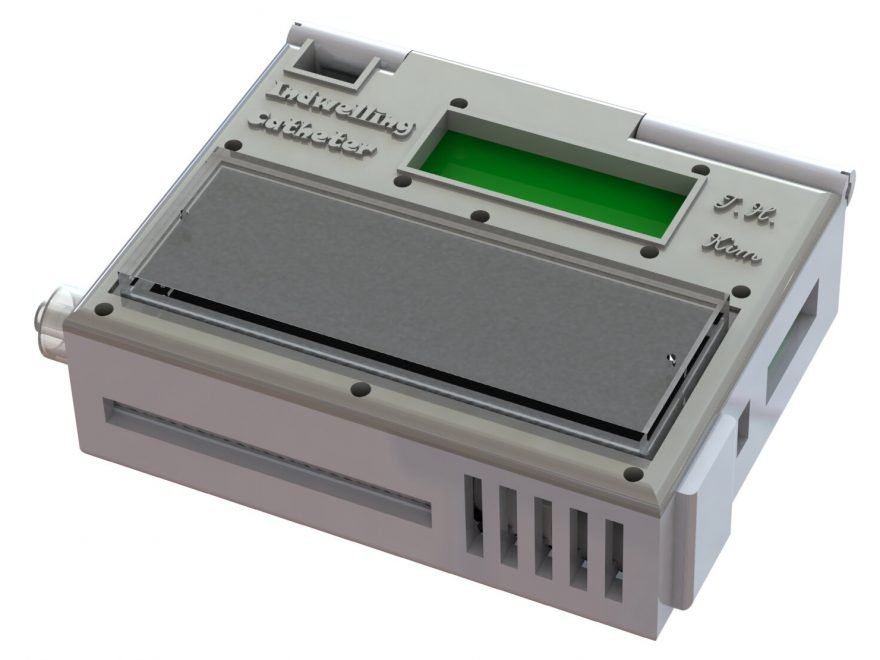 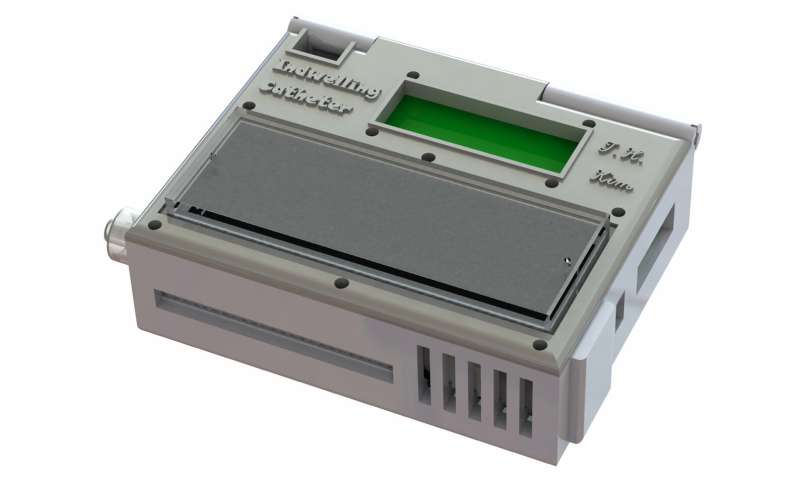 Developed by a team of engineers and doctors at the University of Michigan, it could help doctors diagnose and treat cancer more effectively.

“Nobody wants to have a biopsy. If we could get enough cancer cells from the blood, we could use them to learn about the tumor biology and direct care for the patients. That’s the excitement of why we’re doing this,” says Daniel F. Hayes, M.D., the Stuart B. Padnos Professor of Breast Cancer Research at the University of Michigan Rogel Cancer Center and senior author on the paper in Nature Communications.

Over a couple of hours in the hospital, the new device could continuously capture cancer cells directly from the vein, screening much larger volumes of a patient’s blood. In animal tests, the cell-grabbing chip in the wearable device trapped 3.5 times as many cancer cells per milliliter of blood as it did running samples collected by blood draw.

“It’s the difference between having a security camera that takes a snapshot of a door every five minutes or takes a video. If an intruder enters between the snapshots, you wouldn’t know about it,” says Sunitha Nagrath, Ph.D., associate professor of chemical engineering at U-M, who led the development of the device.

Research shows that most cancer cells can’t survive in the bloodstream, but those that do are more likely to start a new tumor. Typically, it is these satellite tumors, called metastases, that are deadly, rather than the original tumor. This means, cancer cells captured from blood could provide better information for planning treatments than those from a conventional biopsy.

The team tested the device in dogs at the Colorado State University’s Flint Animal Cancer Center in collaboration with Douglas Thamm, VMD, a professor of veterinary oncology and director of clinical research there. They injected healthy adult animals with human cancer cells, which are eliminated by the dogs’ immune systems over the course of a few hours with no lasting effects. 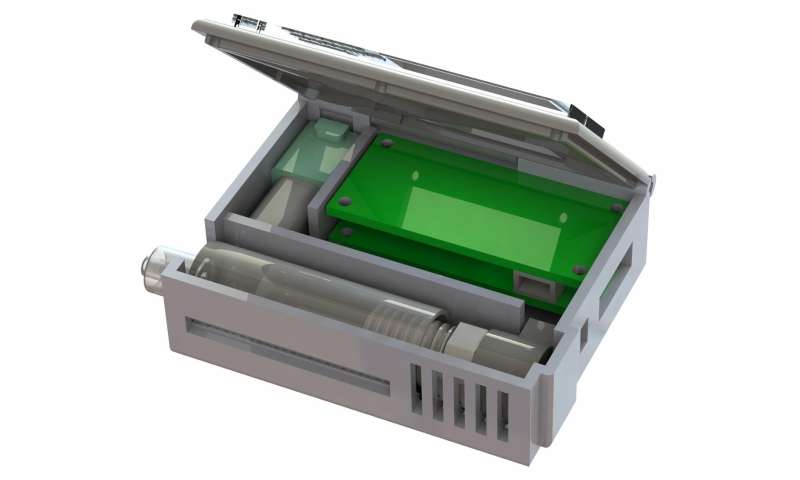 For the first two hours post-injection, the dogs were given a mild sedative and connected to the device, which screened between 1-2 percent of their blood. At the same time, the dogs had blood drawn every 20 minutes, and the cancer cells in these samples were collected by a chip of the same design.

The device shrinks a machine that is typically the size of an oven down to something that could be worn on the wrist and connected to a vein in the arm. For help with the design, the engineering team turned to Laura Cooling, M.D., a professor of clinical pathology at U-M and associate director of the blood bank, where she manages the full-size systems.

“The most challenging parts were integrating all of the components into a single device and then ensuring that the blood would not clot, that the cells would not clog up the chip, and that the entire device is completely sterile,” says Tae Hyun Kim, Ph.D., who earned his doctorate in electrical engineering in the Nagrath Lab and is now a postdoctoral scholar at the California Institute of Technology.

They developed protocols for mixing the blood with heparin, a drug that prevents clotting, and sterilization methods that killed bacteria without harming the cell-targeting immune markers, or antibodies, on the chip. Kim also packaged some of the smallest medical-grade pumps in a 3-D-printed box with the electronics and the cancer-cell-capturing chip.

The chip itself is a new twist on one of the highest-capture-rate devices from Nagrath’s lab. It uses the nanomaterial graphene oxide to create dense forests of antibody-tipped molecular chains, enabling it to trap more than 80 percent of the cancer cells in whole blood that flows across it. The chip can also be used to grow the captured cancer cells, producing larger samples for further analysis.

In the next steps for the device, the team hopes to increase the blood processing rate. Then, led by Thamm, they will use the optimized system to capture cancer cells from pet dogs that come to the cancer center as patients. Chips targeting proteins on the surfaces of canine breast cancer cells are under development in the Nagrath lab now.

Hayes estimates the device could begin human trials in three to five years. It would be used to help to optimize treatments for human cancers by enabling doctors to see if the cancer cells are making the molecules that serve as targets for many newer cancer drugs.