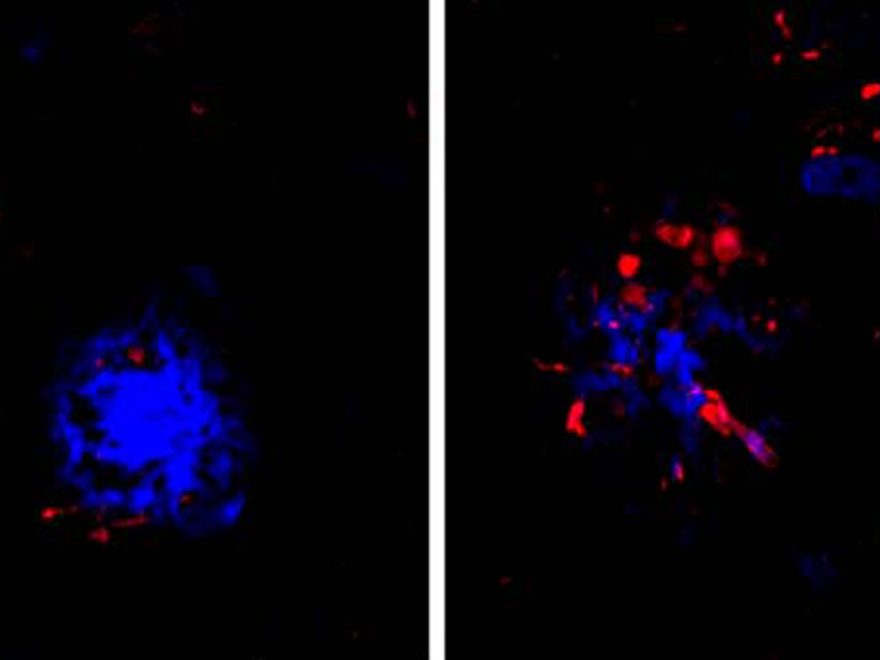 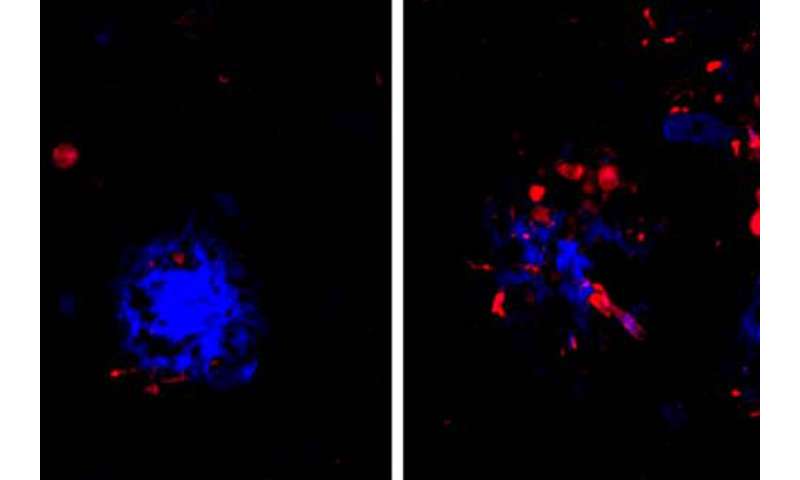 Years before symptoms of Alzheimer’s disease appear, two kinds of damaging proteins silently collect in the brain: amyloid beta and tau. Clumps of amyloid accumulate first, but tau is particularly noxious. Wherever tangles of the tau protein appear, brain tissue dies, triggering the confusion and memory loss that are hallmarks of Alzheimer’s.

Now, researchers at Washington University School of Medicine in St. Louis have found that the link between the two proteins may lie in the brain’s immune cells that hem in clumps of amyloid. If the immune cells falter, amyloid clumps, or plaques, injure nearby neurons and create a toxic environment that accelerates the formation and spread of tau tangles, they report.

The findings, in mice and in people, are published June 24 in Nature Neuroscience. They suggest that reinforcing the activity of such immune cells—known as microglia—could slow or stop the proliferation of tau tangles, and potentially delay or prevent Alzheimer’s dementia.

“I think we’ve found a potential link between amyloid and tau that people have been looking for for a long time,” said senior author David Holtzman, MD, the Andrew B. and Gretchen P. Jones Professor and head of the Department of Neurology. “If you could break that link in people who have amyloid deposition but are still cognitively healthy, you might be able to stop disease progression before people develop problems with thinking and memory.”

Holtzman and colleagues—including first authors Cheryl Leyns, Ph.D., a former graduate student in Holtzman’s lab, and Maud Gratuze, Ph.D., a postdoctoral researcher, as well as co-senior author Jason Ulrich, Ph.D., an assistant professor of neurology—suspected that microglia could be the link. A rare mutation in a gene called TREM2 leaves people with weak and ineffective microglia, and also increases their risk of developing Alzheimer’s by twofold to fourfold. 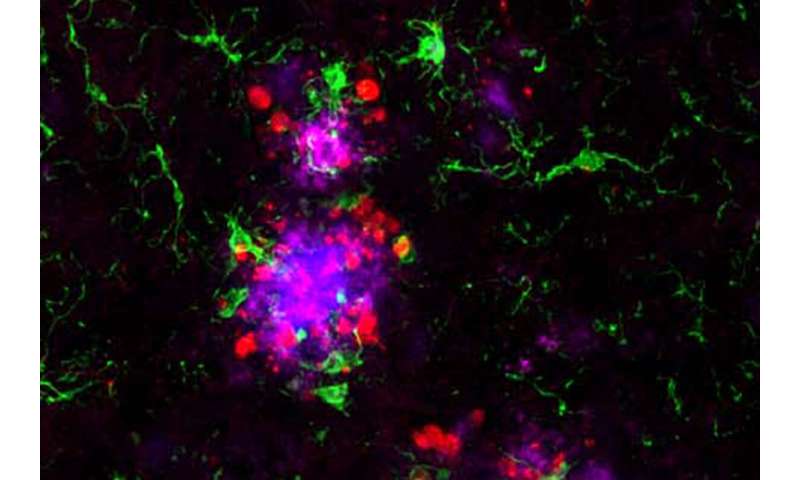 As part of the study, the researchers used mice prone to developing amyloid plaques and modified in various ways their TREM2 genes to influence the activity of their microglia. The result was four groups of mice: two with fully functional microglia because they carried the common variant of either the human or mouse TREM2 gene, and two with impaired microglia that carried the high-risk human TREM2 variant or no copy of the TREM2 gene at all.

Then, the researchers seeded the mice’s brains with small amounts of tau collected from Alzheimer’s patients. The human tau protein triggered the tau in mice to coalesce into tangle-like structures around the amyloid plaques.

In mice with weakened microglia, more tau tangle-like structures formed near the amyloid plaques than in mice with functional microglia. Further experiments showed that microglia normally form a cap over amyloid plaques that limits their toxicity to nearby neurons. When the microglia fail to do their job, neurons sustain more damage, creating an environment that fosters the formation of tau tangle-like lesions.

“Even though we were looking at the brains of people at the end of the Alzheimer’s process rather than the beginning, as in the mice, we saw the same kind of changes: more tau in the vicinity of amyloid plaques,” Holtzman said. “I’d speculate that in people with TREM2 mutations, tau accumulates and then spreads faster, and these patients develop problems with memory loss and thinking more quickly because they have more of those initial tau tangles.” 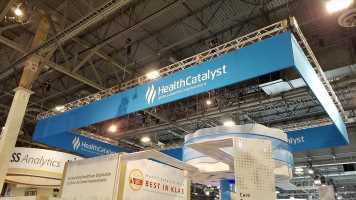 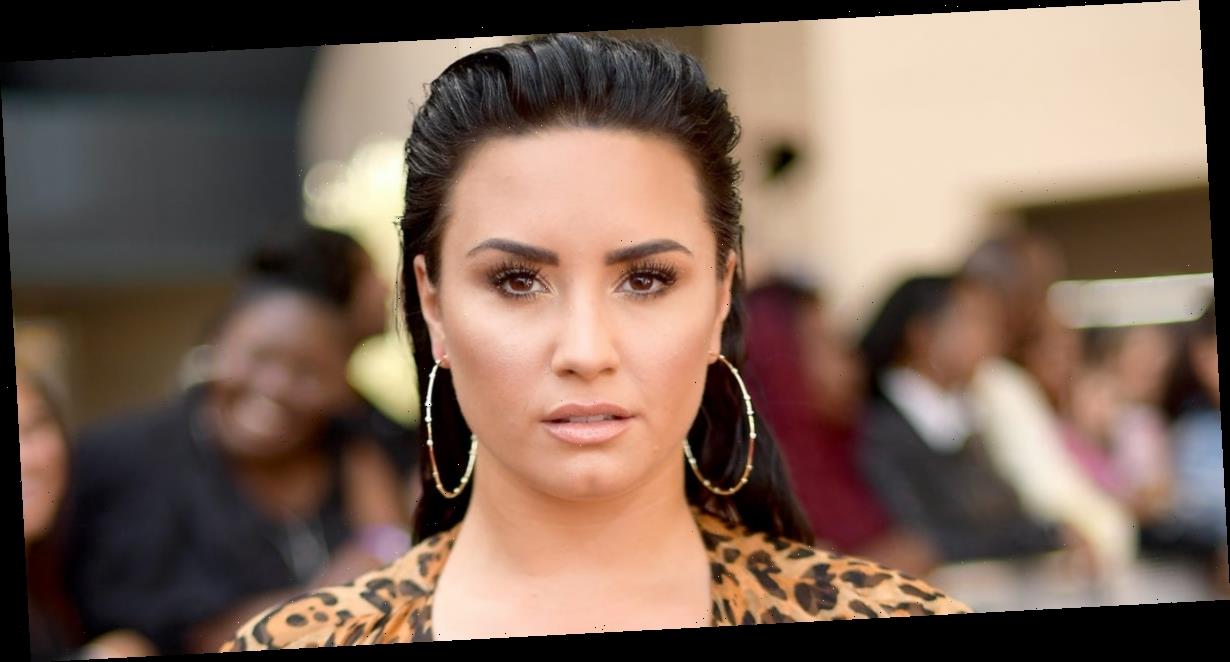