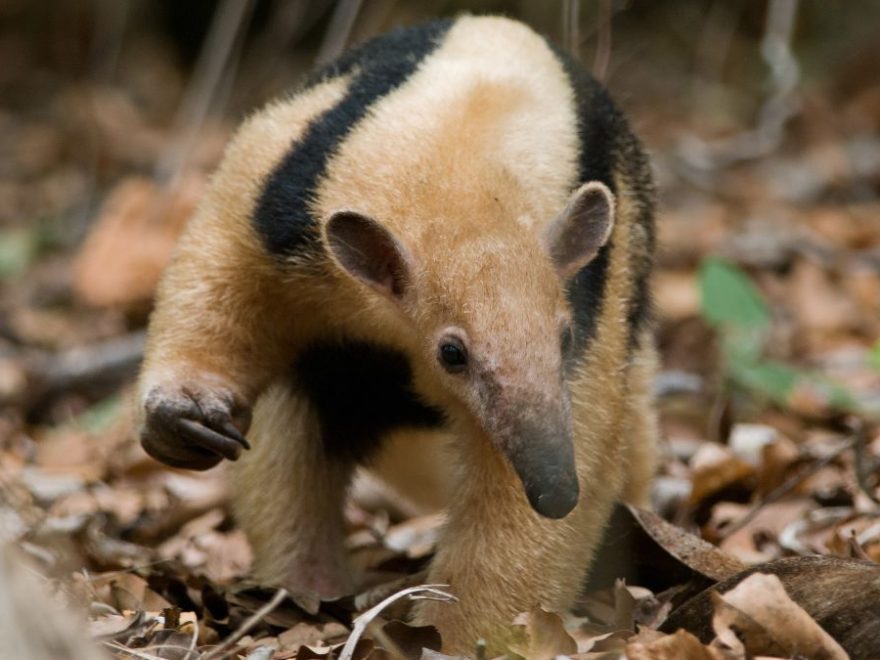 An anteater infected with rabies at a Tennessee zoo potentially exposed more than a dozen people to the deadly virus, according to a new report.

The unusual case marks the first time that rabies has been reported in this species, a type of anteater from South America known as the southern tamandua or lesser anteater (Tamandua tetradactyla), according to the report, published Thursday (April 14) in Morbidity and Mortality Weekly Report, a journal from the Centers for Disease Control and Prevention (CDC).

What’s more, the anteater in question had recently been transferred from a zoo in Virginia and was infected with a variant of rabies not typically seen in Tennessee, meaning the animal likely caught the virus before its transfer, the report said. This case highlights the potential for “rabies translocation” from one geographic area to another through the movement of captive animals, the authors said.

The case began in early May 2021, when the anteater was transferred from the Virginia zoo to a zoo in Washington County, Tennessee, where it was housed with one other anteater. In late June 2021, the transferred anteater started showing signs of illness, including lethargy, loss of appetite and diarrhea, the report said. At first, veterinarians presumed the anteater had a bacterial infection and prescribed antibiotics.

When the animal’s symptoms continued to get worse, veterinarians at a nearby college examined the animal. But at first, staff at the college did not consider rabies as a possible diagnosis because the animal wasn’t known to have any bites (which can spread rabies) and rabies had never been reported in this type of anteater (tamanduas) before.

Ultimately, the anteater got so sick that it was euthanized on July 6, 2021, the report said. Veterinarians performed a necropsy to try to understand why the animal died, and samples of the anteater’s brain tissue tested preliminary positive for rabies on Aug. 16, 2021. Additional testing was performed by the CDC, and the agency confirmed the diagnosis of rabies on Aug. 21, 2021.

Because anteaters don’t have teeth, there was no risk of the animal biting people and giving them rabies. But some people may have been exposed to the animal’s saliva or brain tissue (during the necropsy), which could have spread the virus, the report said. After an assessment of people who came into contact with the anteater, officials recommended that 13 of these people receive rabies postexposure prophylaxis, which consists of multiple shots of the rabies vaccine. All 13 people agreed to receive the treatment.

As of April 1, 2022, no additional cases of rabies related to this case — in either humans or animals — were identified in Tennessee or Virginia , the report said.

—Rise in rabies deaths in the US sparks CDC warning

—How rabies inspired folktales of werewolves and vampires

Further analysis revealed that the anteater was infected with a variant of the rabies virus seen in raccoons in the eastern United States, including those in Virginia, but not previously seen in Tennessee. This suggests that the anteater acquired its infection at the Virginia zoo, the researchers said. The Virginia zoo was notified about concerns of rabid raccoons on their property, and the zoo confirmed that native wildlife (including raccoons) had been seen inside the zoo’s fencing perimeter, the report said.

“Captive mammals maintained in exhibits or zoological parks typically are not completely excluded from rabies host species and can become infected,” the authors wrote. They noted that “all employees who work with animals in areas where rabies is endemic should receive preexposure rabies vaccination.”

In the current case, three of the 13 people who were exposed to the anteater hadn’t received rabies vaccination before, and they needed a dose of rabies antibodies as part of their treatment in addition to the rabies vaccine shots.

“This case also highlights the importance of continued public health efforts to expand awareness and education about rabies prevention and control,” the authors said.

Rachael has been with Live Science since 2010. She has a master’s degree in journalism from New York University’s Science, Health and Environmental Reporting Program. She also holds a B.S. in molecular biology and an M.S. in biology from the University of California, San Diego. Her work has appeared in Scienceline, The Washington Post and Scientific American.