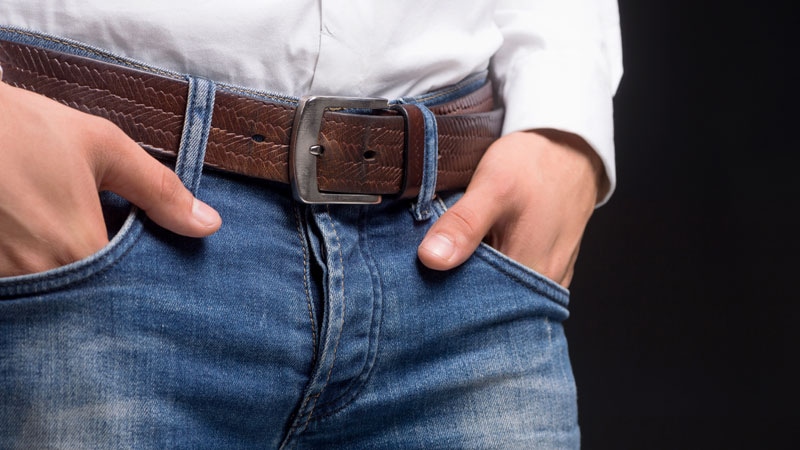 Did you hear the one about the TV host suggesting men get their testicles tanned?

The nutty idea dropped into the lexicon over the weekend thanks to Fox News commentator Tucker Carlson.

He aired a promo for a show about an alleged decline of manhood. It featured shirtless, muscled men doing macho things like shooting automatic rifles and wrestling, and a naked man rather triumphantly exposing his crotch to a red-light device made to look like some sort of charging station.

Carlson then interviewed a “fitness professional,” and both enthused about the idea of exposing male genitalia to red light to raise testosterone levels.

The guest also said he’s heard of something he called “bromeopathy” for people who are suspicious of “mainstream” information. Yes, it’s a combination of the slang term “bro” and the practice of homeopathic medicine.

So, men of America, do you really need to start zapping your privates like Carlson seems to suggest?

Doctors say the answer is simple: Absolutely not.

“There is no legitimate evidence that this type of treatment is effective in improving testosterone levels,” says Petar Bajic MD, a urologist at the Cleveland Clinic who specializes in men’s health and testosterone.

The red light wouldn’t even be able to penetrate the body deep enough to reach the, uhm, targets, he said, citing “no scientific basis” for Tucker’s claims that we should be “open minded” about this kind of thing.

“It’s not only a waste of time but also a waste of money,” Bajic says. “There is a large amount of research and high-quality studies” into treating low testosterone, which is produced primarily in the testicles. “We have very effective and proven treatments available, and this is simply not one of them.”

Testosterone is an important hormone that contributes to masculine physical characteristics, “such as muscle mass and strength, and growth of facial and body hair,” according to the Mayo Clinic. It’s important for bone density, sperm production, erectile function, and more.

If men experience some of these symptoms or become curious about their testosterone levels, they shouldn’t self-diagnose or rely on two guys promoting a TV show, Bajic says.

Instead, they should see their primary care doctor for a simple blood test, he says. Patient and doctor can decide on treatments, which commonly include:

Diet, exercise, sleep, and other factors play a role.

The men’s health consumer market is bloated with products promising to raise testosterone levels and help men boost their bedroom performance, among other claims.

But they’re usually based on nothing more than marketing, and erectile disfunction is more commonly caused by reduced blood flow than a lack of testosterone, Bajic says.

“It all comes down to looking at all of these as a consumer and as a patient … with a critical eye. There’s always a new ‘cure all’ for whatever your ailment is,” he says.

Testosterone levels change throughout the day. It’s thought to be produced during REM sleep, which can be diminished by alcohol use and other factors.

“All these things are related,” Bajic said, so there’s no reason to flash a light where it’s usually not seen – especially since neither the safety nor efficacy of testicle tanning has been established.

Oregon urologist Ashley Winter, MD, got into the Twitter fray about Carlson’s comments.

What do proponents of red light therapy say? A Men’s Health article claims red light “works to stimulate ATP production, increase energy available to the cell and in particular, increase the activity of the Leydig cells in your testes, which are the cells responsible for testosterone production.”

The article also helpfully points out: “It’s important to note that there are currently no light therapy devices on the market cleared by FDA for the enhanced production of testosterone LED-based therapy.” And many lamps sold for red light therapy can get so hot that they damage the skin.

The author ordered a Joovv device, which Carlson’s “fitness professional” guest name-dropped. They range from $600 to almost $10,000. He liked the way it felt and said it seemed to improve his sexual performance.

“Dude, stop! Testicle tanning? Come on,” Rock said to Carlson. “I mean, I haven’t heard anything that good in a long time.”

“Open your mind,” said Carlson as he laughed along with the musician.

Mayo Clinic: “The influence of testosterone in men.”

Men’s Health: “I Put a Giant Red Light on My Balls to Triple My Testosterone Levels.”