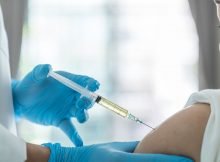 There is no scientific link between vaccines and autism, according to the Centers for Disease Control.

The World Health Organization named vaccine hesitancy — the “reluctance or refusal to vaccinate despite the availability” — as one of the top threats to global health in 2019.

Each year the World Health Organization, or WHO, publishes a list of the ten biggest threats to world health to set its agenda for the next 12 months. This is the first year that vaccine hesitancy has made the list.

While 2 to 3 million deaths are prevented each year, that number could be much higher, according to WHO.

“A further 1.5 million could be avoided if global coverage of vaccinations improved,” the group said.

According to a vaccine advisory group at WHO, “complacency, inconvenience in accessing vaccines and lack of confidence” are the main reasons why people skip vaccination. In the United States, those who skip vaccination for themselves or their children often cite religious reasons, or the incorrect notion that vaccines lead to autism. (The Centers for Disease Control said there is no scientific link between vaccines and autism.)

WHO also said that choosing not to vaccinate “threatens to reverse progress made in tackling vaccine-preventable diseases.” Over the last few decades several diseases like polio and measles — which were considered eradicated in countries where vaccines were readily available — have seen a resurgence as people have started to reject vaccinations.

“Measles, for example, has seen a 30% increase in cases globally,” WHO said. “The reasons for this rise are complex, and not all of these cases are due to vaccine hesitancy. However, some countries that were close to eliminating the disease have seen a resurgence.”

To tackle the rising levels of vaccine hesitancy, WHO plans to push forward with the goal of eliminating cervical cancer with greater application of the HPV vaccine, and to finally stop all cases of polio in Afghanistan and Pakistan after promising results last year, when there were fewer than 30 cases in each country.