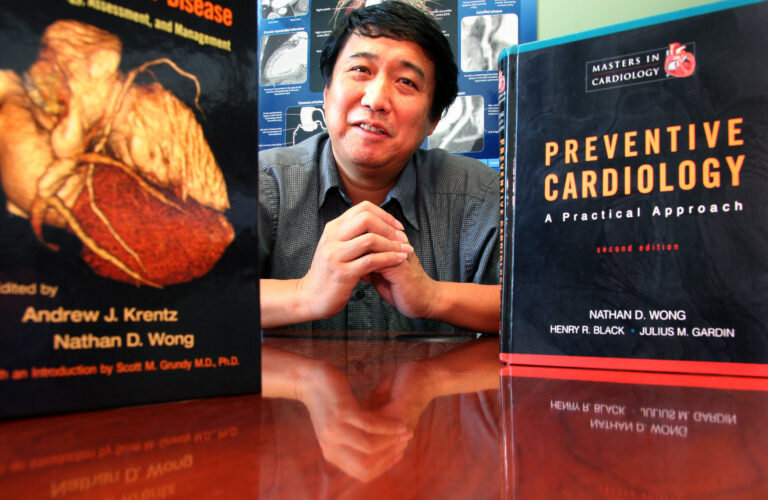 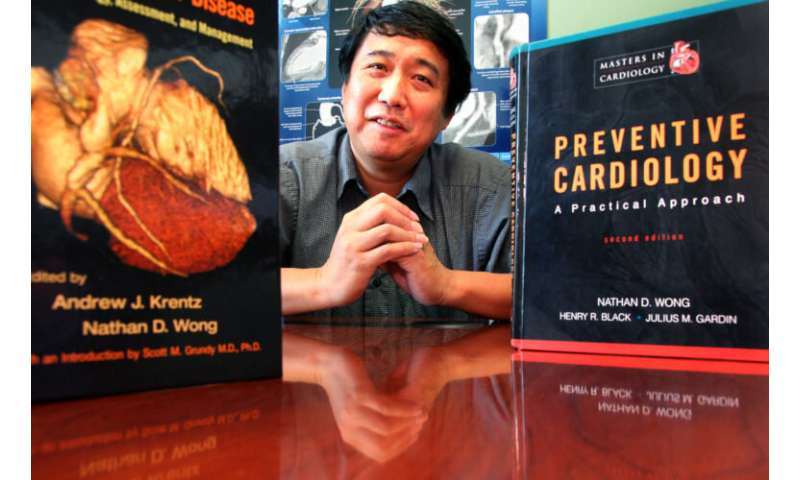 A new study finds women with diabetes and significant levels of calcium in their coronary arteries have higher rates of death from cardiovascular disease and all causes than their male counterparts.

Published in the American Diabetes Association journal, Diabetes Care, researchers from the University of California, Irvine School of Medicine and Cedars-Sinai Medical Center compared the sex-specific impact of coronary artery calcium (CAC) levels in adults with diabetes. CAC was used to predict cardiovascular and all-cause mortality in patients with diabetes. The results of this comparison showed greater CAC predicts cardiovascular and total mortality more strongly in women.

“We showed that coronary calcium scores of greater than 100 in a woman with diabetes was associated with higher death rates from cardiovascular diseases and all causes than similar calcium scores in women than in man with diabetes,” said Nathan D. Wong, Ph.D., professor and director for UCI’s Heart Disease Prevention Program, and the lead author for the study.

Wong and colleagues studied 4,503 adults with diabetes from a national registry of patients who received coronary calcium “heart scans” from computed tomography and were followed for causes of death over more than 11 years. Death rates from cardiovascular disease in those who had coronary calcium scores of 101-400 or more, were approximately twice as high in women compared to men. Total death rates in these patients were also higher in women than in men. In analyses adjusted for age and other potential confounders, compared to those with calcium scores of 0, women who had calcium scores of 101-400 and 401 or greater had cardiovascular deaths that were 3.7 and 6.3-fold greater, respectively, compared to men whose risks were 1.6 and 3.5-fold greater, respectively.

“Conversely, very low death rates from coronary heart disease and cardiovascular disease seen in those with diabetes who had negative scans (calcium scores of 0), comprising 39 percent of women and 20 percent of men in our study, underscore the point that not all persons with diabetes are ‘risk equivalents’ for cardiovascular disease, as has been the common belief for decades,” noted Cedars-Sinai Medical Center’s Daniel Berman, MD, senior author of the study.