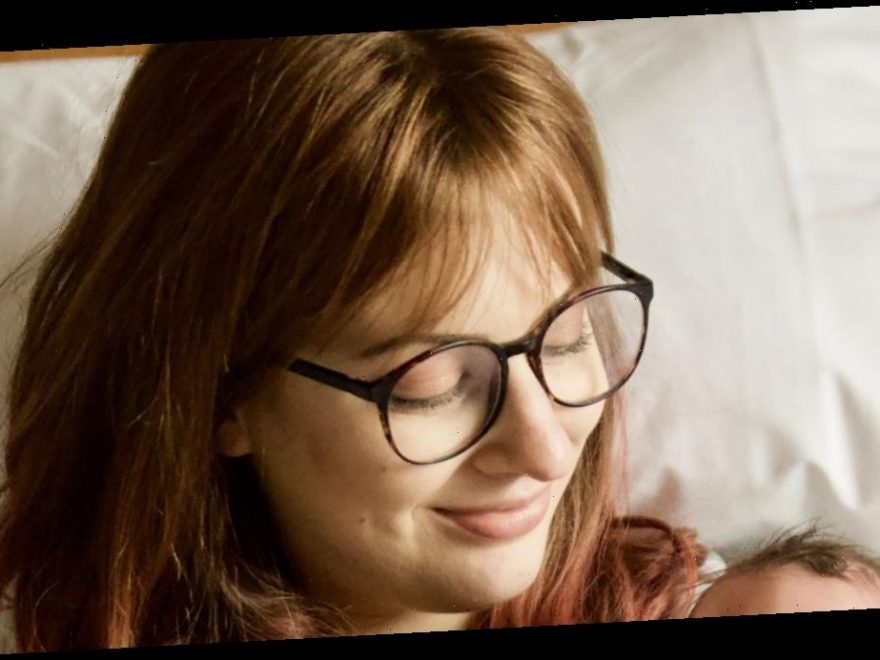 Meet the proud mum who only discovered she had two wombs and two vaginas during a routine ultrasound scan which resulted in a miscarriage.

Bethany McMillin, 27, fell pregnant in October 2017, and during her 10-week scan, the doctor told her and her 25-year-old husband Paul that there was something unusual about her anatomy.

She was then diagnosed with a rare condition called uterus didelphys, a uterine malformation where there are two uteruses, two cervixes and two vaginas present.

The foetus had stopped developing at just six weeks and Bethany miscarried in January 2018 when she was just three months pregnant.

Ever since her diagnosis, Bethany was told that the risk of a second miscarriage or preterm labour was very high due to her condition.

She noticed that each month she had her period, one tampon wasn’t enough to absorb the menstrual flow, as the blood would leak out from her second vaginal opening.

A year after she lost her first baby, Bethany fell pregnant again in December 2018, but this time she felt more cautious.

However, when she reached her nine-week scan, she was delighted to be able to hear her baby’s heartbeat for the first time.

Then in September 2019, the primary school teacher gave birth to her daughter, Maeve, who is now five months old. She said: “Since we didn't have any problems conceiving, it didn't even cross my mind that something could be wrong with my reproductive organs.

“We announced the pregnancy to my family as a Christmas present on December 23. Late that same night, I began bleeding.

“First thing the next morning, we went into Urgent Care, where it was confirmed that I had had a missed miscarriage – I was supposed to be about ten weeks along, but the baby had stopped developing at around six weeks.

“The doctor there also informed me that the ultrasound showed that I had two uteruses and two cervixes.

“A little over a month later, I went for a check-up, and the gynaecologist there noticed that I also have a full vaginal septum that divides my vagina into two sections; essentially, I also have two vaginas.”

She continued: “I was very confused. I had never heard of such a thing before, I didn't know it was even possible. I didn't understand how I could have been born this way and never known.

“Also considering the fact that my mother had had six healthy pregnancies that resulted in six healthy children, it hadn't really crossed my mind that I would be any different.

“It was also then that I finally learned that the name for this condition is uterus didelphys. Over the next several months, I went to a few more doctors to try to learn more about uterus didelphys, but most doctors weren't very experienced or knowledgeable about it.

“Despite all that, I became pregnant again in December 2018. It took about a year. The second time around, I was much more hesitant to get excited, since I knew the chances of another miscarriage were higher than normal.

“I didn't let myself have hope until after my nine-week ultrasound scan, when I saw my baby's healthy heartbeat.”

Bethany admits that being a mum is the only job she’s ever wanted, so when she had her miscarriage it was a devastating time for her.

But when she fell pregnant, her life was filled with joy after welcoming her daughter into the world.

She continued: “God is more powerful, and everything He does is for our good and for His glory. So, don't despair, there is hope.

“Get to know your own body. This condition is rare and can vary vastly from woman to woman. There is a lot that is unknown about it, and even what is known about it may not apply to every woman who has it.