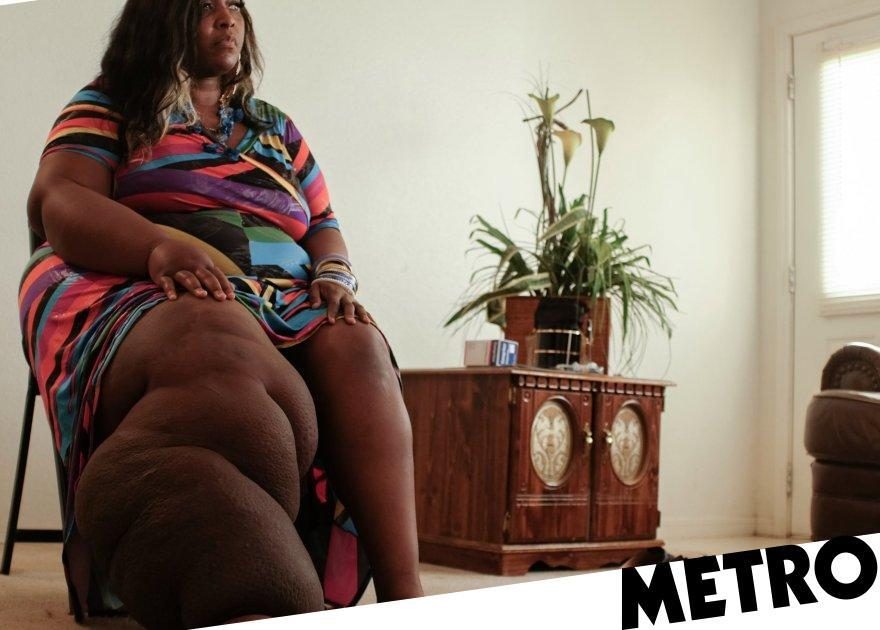 Ada Thompson was born with primary congenital lymphedema which is swelling that generally occurs in one of the arms or legs.

The 38-year-old from Texas, U.S, has one leg that is much larger than the other. Even as a child, Ada had to wear extra large nappies to fit around the swelling on her right leg.

Now as an adult, Ada is unable to work due to the right side of her body being affected by the condition.

Ada can no longer wear trousers as they don’t fit and is often stared at when she wears skirts outside.

Despite the stares and the mean comments, Ada still tries to live her best life and refuses to give up what she loves doing – singing and dancing.

Currently, there is no cure for lymphedema; but treatments such as fluid pills and compression devices are designed to help reduce fluid building up.

In Ada’s case, there is too much fluid for these treatments to have been successful.

She says it could be worse and is trying to enjoy the things she can do.

Ada has tried several alternative treatments and therapies but none which have helped to keep the swelling down.

When she was 19, Ada had surgery to remove a large mass, the size of a grapefruit, from her leg.

Though her mobility improved after the surgery, it didn’t last long as the fluid built up over time.

Now that she can’t work, Ada tries to get out of her house at least three times a week and says it’s important to maintain a positive outlook.

‘It is a struggle: sometimes I have a walker. I have my good days and I have my bad days,’ she added.

‘When I have a pretty difficult day, I have my electric chair. I hope I can inspire others with lymphedema to not give up on yourself.

‘It’s a struggle but you just have to toughen up, get up and slay ‘em.’

MORE: Woman with large tumours on her leg that weigh 4 kg says she won’t cover them up

MORE: Woman thought she was having a ‘miracle baby’ but the bump turned out to be a tumour

MORE: A woman covered in thousands of tumours is embracing her body