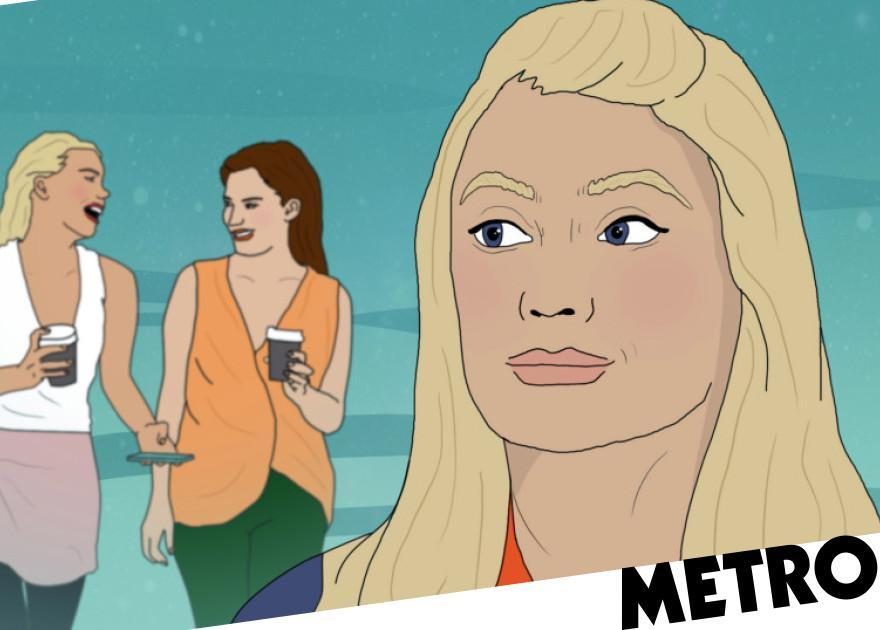 If viral social media posts are anything to go by, keeping friendship circles small is highly preferable.

While making lots of friends fast might’ve been a teenage endeavor, it seems a yardstick of adulthood is having a small established group of friends to hang out with regularly.

With friendship pools dwindling in adulthood (usually beginning at 25), it’s easy to stick to a handful of the same people you’re used to seeing all the time.

But for some people, this constant squad is missing. They catch up with mates every once in a while but have no one to continually nourish them with friendship.

The term ‘background friend’ was coined by illustrator Riley, from Chicago, who self-identifies as such, calling herself a floater – someone who doesn’t fit in with the main group and is not ‘permanent’ with anyone within the squad.

That means thinking about all of them often but worrying about seldom crossing anyone else’s mind.

‘I don’t have a “squad” or a group of homies to kick it with. I have me and that’s practically it,’ she says.

A thread she shared on Twitter with these sentiments went viral, amassing half a million likes. So perhaps more of us are background friends than Riley may have expected.

Riley explains to Metro.co.uk that it’s not inherently a negative thing to be a floater, but it can be alienating.

She tells us: ‘The two years I was in college were super lonely, I didn’t have a group of homies to hit up concerts with or travel to festivals with.

‘I started befriending people who had a group of friends and would start to talk to other people in their group of friends. The common theme was that all these groups lived by each other and hung out all the time versus me living far and just connecting through the internet.

‘I went to events and festivals with some of these groups, but it was quickly apparent to me that I was not a permanent link in their friend circle. They liked me, they never did anything malicious, but I realised I was a floater, drifting in and out of their lives.

‘It made me feel very lonely knowing I was like an extra in their lives, a background character appearing occasionally and not contributing to the main plot.’

Riley adds that having internet friends lulled her into a false sense of security, making her feel like she had lots of pals. But then she realised that she was seeing them in real life just once or twice a year.

Desperate to be accepted and loved, she even let some of these groups ‘walk all over’ her which included paying for their things and giving stuff away that she wanted.

Despite her bad luck, she’s hopeful that one day she’ll attract the right crowd.

‘Isolation really sucks and I sometimes get very sad, but most of the time I try to keep a positive attitude about it,’ says Riley.

‘I know that I’m a giving, thoughtful person and the opportunity to spread my positivity and love among all types of people/groups is a blessing.

‘All I want to do as a person is positively impact the world, whether it be through kindness or the art I create or more.

‘If that means that sometimes people will take my kindness but not return it as strongly, that’s okay. Not everyone feels like I do about the level of love in a friendship, and I can’t force them to feel it.’

While most of us might not have a squad either, we probably have one or two close friends to see every so often.

But when they’re busy or aren’t putting the effort in, it’s easy to crave contact. For that, there are options both online and offline.

Firstly, you can try repairing your current friendships and have a frank discussion about your role within it/the group.

Facebook groups are one such place that foster community and friendship. They can range from really niche ones such as Muslim female travelers to broader ones like ‘new to X city’.

Despite the stigma that comes with them, friendship apps are a good way to make new connections.

In real-life, organising group nights out and excursions can make you closer to the people around you such as those you work with or even in your circles. You might find other self-identifying background friends.

And while it might be bad news to introverts, outgoing, extroverted people tend to be happier because they usually hold a positive, nostalgic view of the past.

So while it might be difficult to change your personality, at least you can alter your attitude to past experiences (provided it’s not detrimental to your wellbeing).

That might mean changing your perspective – you’re not a background friend, you’re someone who can form connections with lots of people. Embrace that.