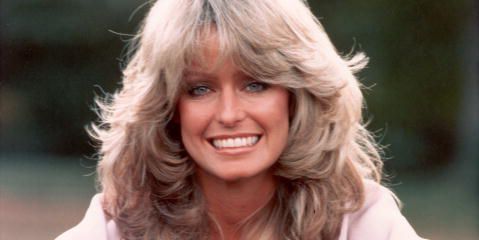 Farrah Fawcett was one of the most famous (and gorgeous) actresses of the 1970s, when she starred in the iconic film Charlie’s Angels.

Now, a new documentary hosted by Natalie Morales, Farrah Fawcett: Behind Closed Doors, which airs tonight on REELZ at 9pm EST/8pm PST, is giving fans a fresh look into her life and the cancer battle that she lost at age 62. Tomorrow marks the tenth anniversary of her death.

Farrah was known for her iconic shag haircut. Check out these other actresses who rocked a similar look:

She went on to talk more about Farrah’s battle to People.

“Farrah didn’t intend to lose this battle,” Alana said.“That was her intention. She was going to beat cancer, and she was going to go out and really crusade for more research and prevention and awareness. Life took a different turn. Unfortunately she never got the chance.”

Before her death, Farrah also launched the Farrah Fawcett Foundation in 2007 to fund cancer research and support prevention programs and patience assistance funds for those struggling with the disease.

Farrah Fawcett: Behind Closed Doors promises a closer look at Farrah’s life with exclusive interviews with the actresses’s friends and family, and is sure to reveal more inspiring tidbits about her life and cancer battle.