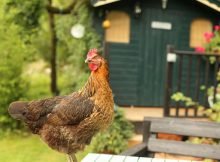 Chicken eggs have always been a culinary staple throughout the world, and they are a great source of vitamins, fatty acids, and proteins.

This, however, is not their only use. Currently, scientists use this type of egg to produce flu vaccines.

Not just that — new research has been looking into ways of growing human cytokines in chicken eggs.

Cytokines are signaling proteins, many of which influence the behavior of immune cells, as part of the body’s immune response.

Doctors prescribe cytokines, in drug form, to treat conditions such as multiple sclerosis, hepatitis C, and even some forms of cancer.

Last year, a study conducted by researchers from the National Institute of Advanced Industrial Science and Technology in Osaka, Japan looked at ways of producing human interferon beta — a cytokine used in the treatment of multiple sclerosis — in chicken eggs.

Now, a team of scientists from the University of Edinburgh in the United Kingdom suggests that we can also grow other cytokines — interferon alpha 2a (IFNalpha2a) and two types of fusion colony-stimulating factor (CSF1) protein — in chicken eggs.

This method of growing human proteins — that can treat hepatitis and cancer — could be easier and more cost-effective than existing approaches, the researchers argue. Their findings appear in the journal BMC Biotechnology.

In the new study, the research team genetically engineered hens to produce several types of cytokines: IFNalpha2a and the human and pig versions of CSF1.

IFNalpha2a has antiviral properties and can also be used in cancer treatments, while CSF1 has a lot of potential in tissue repair processes.

To grow these cytokines, the researchers have encoded them into the DNA of hens, so that the proteins will form part of the egg whites. The investigators explain that, later, they can easily extract the cytokines through a simple purification system.

This method, the team notes, does not affect the well-being of the hens, and it would be a more cost-effective way of producing therapeutic cytokines in high quantities, since only three eggs are necessary to produce a useable dose, and a hen can lay up to 300 eggs per year.

“We are not yet producing medicines for people, but this study shows that chickens are commercially viable for producing proteins suitable for drug discovery studies and other applications in biotechnology,” explains study co-author Prof. Helen Sang, Ph.D.

‘Developing this to its full potential’

While the current research is a proof-of-concept study only, the authors note that it shows that the method is feasible and adaptable and that it could help improve the future of therapeutics.

“These recent findings provide a promising proof of concept for future drug discovery and potential for developing more economical, protein-based drugs,” says Ceri Lyn-Adams, Ph.D., the head of strategy at Bioscience for Health in Swindon, UK.

In the future, the researchers hope that this affordable method will allow specialists to produce high-quality proteins in large quantities, though they add that it could also have other applications — for instance, in animal health.

“We are excited to develop this technology to its full potential, not just for human therapeutics in the future, but also in the fields of research and animal health.”