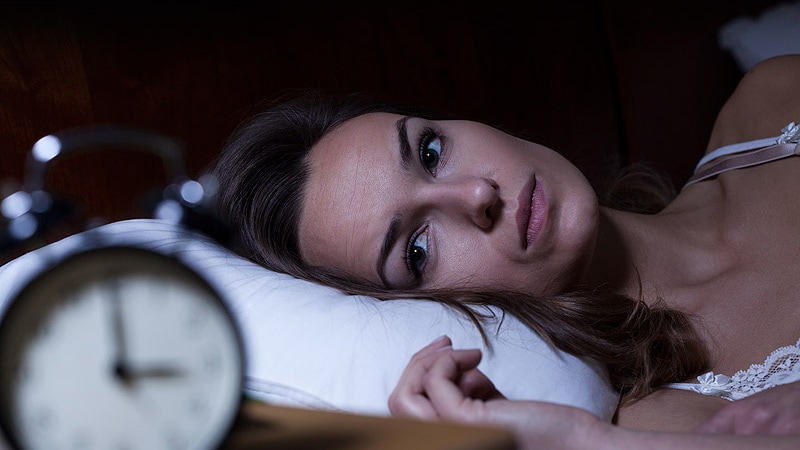 Several pharmacologic interventions for insomnia disorder appear to be more effective than others, according to a new systematic review and meta-analysis. Some drugs are more reliable for short-term treatment, and some may produce substantial side effects.

Eszopiclone (Lunesta) and lemborexant (Dayvigo) had the most favorable profiles. Doxepin (Silenor), seltorexant, and zaleplon (Sonata) were tolerated well but lacked some data for efficacy and other important outcomes.

Overall, many licensed drugs (such as benzodiazepines, daridorexant [Quvivic], suvorexant [Belsomra], and trazodone [Oleptro]) were effective for acute treatment of insomnia but were associated with poor tolerability or lacked sufficient data on long-term outcomes.

“Clearly, the need to treat insomnia as effectively as possible is very important, as it can have knock-on effects for a patient’s health, their home lives, and the wider health system,” senior author Andrea Cipriani, MD, PhD, professor of psychiatry at the University of Oxford, United Kingdom, told Medscape Medical News.

“We hope our analysis will be of great help to clinicians seeking the most appropriate treatment for their patients,” he said. “We looked at all information published and unpublished — in journals and in online registries — to achieve the most transparent and comprehensive picture of all the data available.”

The study was published July 16 in The Lancet.

Cipriani and colleagues conducted a systematic review and network meta-analysis to estimate the comparative effectiveness of pharmacologic interventions for the acute and long-term treatment of adults with insomnia disorder, excluding trials for secondary insomnia.

The systematic review included 170 randomized clinical trials, with 47,950 participants who were randomly assigned to one of 36 licensed or nonlicensed drugs or placebo. The network meta-analysis included 154 double-blind randomized controlled trials that encompassed 44,089 participants randomly assigned to 30 interventions or placebo. The primary outcomes were efficacy (defined as patient-reported sleep quality), all-cause discontinuation, tolerability, and safety (defined as adverse events such as dizziness, nausea, fatigue, headache, sedation, and drowsiness).

In terms of the number of participants with side effects at the study endpoint, benzodiazepines, eszopiclone, zolpidem, and zopiclone were worse than placebo, doxepin, seltorexant, and zaleplon. Zopiclone also had more than lemborexant, melatonin, ramelteon, and suvorexant.

Generally, eszopiclone and lemborexant had the best efficacy, acceptability, and tolerability profiles, though eszopiclone was associated with adverse events such as dizziness and nausea. The safety data for lemborexant were inconclusive but showed a higher risk for headaches. Overall, there was insufficient evidence to support the prescription of benzodiazepines and zolpidem for long-term treatment, particularly since benzodiazepines entail risks for tolerance, dependence, and withdrawal effects.

“This study of pharmacologic treatments is not a recommendation that drugs should always be used as the first line of support to treat insomnia, not least because some of them can have serious side effects,” said Cipriani. “However, our research shows that some of these drugs can also be effective and should be used in clinical practice when appropriate. For example, where treatments such as improved sleep hygiene and cognitive behavioral therapy have not worked, or where a patient wants to consider taking medication as part of their treatment.”

The study authors noted that more recently developed drugs target novel pharmacologic mechanisms through the orexin neurotransmitter system. Lemborexant appeared to be the most effective orexin antagonist for short-term and long-term treatment, while seltorexant and suvorexant had better tolerability. Daridorexant didn’t show an overall material benefit. Future research with more selective targeting of the pathway and orexin receptors could lead to better pharmacologic treatments for insomnia, they concluded.

The research team also noted the potential limitations of a systematic review and meta-analysis, particularly because patients tend to have problems with long-term interventions for insomnia. In this review, only eight studies looked at the long-term effects.

“Not a Unitary Presentation”

“Insomnia disorder is a highly prevalent condition with a significant amount of morbidity, and no one treatment suits all or is effective for everybody. Identifying a range of treatments that tend to be more effective is important for those who suffer chronically,” Jack Edinger, PhD, an insomnia specialist and professor of sleep medicine at National Jewish Health, Denver, Colorado, told Medscape Medical News.

“The results aren’t overly surprising in the sense that the usual suspects are more effective,” he said. “These data don’t conflict with what I hear incidentally from patients, and they also gel pretty well with the individual clinical trials I’ve read over the years.”

Edinger, who wasn’t involved with this study, has researched the effects of lemborexant, particularly among older adults with insomnia. He noted the importance of considering a patient’s factors related to sleep quality, such as total sleep time, sleep onset, and sleep maintenance. For instance, some drugs may appear effective but only increase sleep time by 20 minutes per night, whereas others increase sleep time by 1 hour per night, he said.

“Since insomnia is not a unitary presentation, it’s important to know what particular insomnia pattern you’re trying to address,” he said. “But overall, I’m glad this study does demonstrate that many of these tested drugs work better than what people may resort to with nonlicensed, over-the-counter options.”

The study was funded by the UK National Institute for Health Research (NIHR) Oxford Health Biomedical Research Centre. Cipriani is supported by the NIHR Oxford Cognitive Health Clinical Research Facility and is the chief and principal investigator of two trials about seltorexant for depression, sponsored by Janssen. Edinger has received support from Eisai, which makes lemborexant.

Carolyn Crist is a health and medical journalist who reports on the latest studies for Medscape, MDedge, and WebMD.