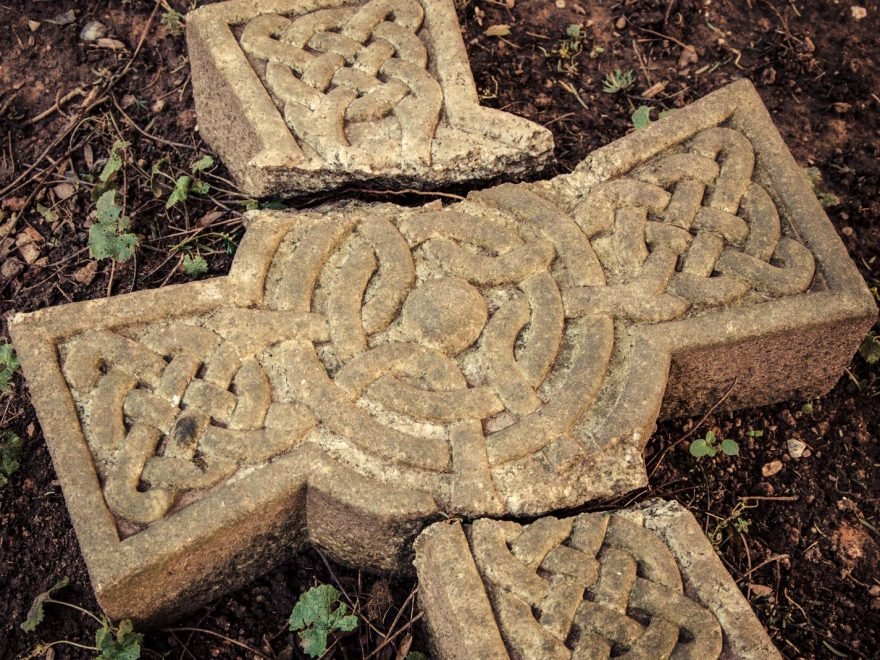 Losing faith in a higher power can be one of the most profound and formative experiences in your life. Depending on how strong that faith was originally, or how central it was to your sense of self or community, the drift to atheism can shatter the convictions and social systems that give your life meaning and security. (The exact level of these psychological and social effects varies greatly from person to person.) But a growing body of research suggests a loss of faith in higher powers may have very tangible effects, as well—on our brains, the way they work, and our physical health.

In general, every researcher I spoke to for this story was quick to point out that there don’t appear to be any differences in the structure of the brains of those who believe in a higher power and those who do not. Neurologically, the faithful and atheists, explains University of Utah neuroscientist Jeff Anderson, “have the same architecture, and process information in very similar ways.”

Researchers also find that juicing the brain with dopamine, a neurochemical that helps regulate everything from emotional responses to movement, seems to goose up our sense of spirituality and belief; disorders that reduce dopamine levels seem, conversely, to tank faith.

“It’s not clear if being more or less critical-analytic is a better or worse thing,” cautions Andrew Newberg, a Thomas Jefferson University Hospital neuroscientist and pioneer in neurotheology, the study of the links between religious experiences and the brain. “As with all things in life, these are differences that work better for different types of people,” and in different types of situations.

These are just the effects of believing in a higher power in general—independent of other aspects of religious experience, like rituals and worship, says Anthony Jack of Case Western Reserve University’s Brain, Mind, and Consciousness Lab. Some religious practices may boost our empathetic minds in some cases, while others may actually boost our analytic minds. And some species of religious belief, like textual literalism and fundamentalism, adds Jack, “are not really emotionally intelligent at all, and not very empathetic.” So the effects of faith writ large, as opposed to just the abstract belief in a higher power, on our brains and thought processes are messy and complex.

There is also probably still a lot we don’t know about how faith in a higher power affects our minds and bodies because research into the subject is young and limited. “We have thousands of times more research on our sense of smell, or how zebrafish swim,” says Anderson, than we do on why people believe what they do and how that belief influences their actions and behaviors. “There is no public funding for this type of research,” he adds. “Most of the rigorous, objective research into religion and spirituality is funded by a small number of private foundations with their own agendas, or performed as passion projects on shoestring budgets.”

“In general,” Jack argues, “if you wake up an atheist, the story would probably be that you’re tuning out a very valuable part of your brain function,” reducing your level of empathetic and intuitive brain activity in favor of an elevated level of analytic and naturalistic brain activity.

But this is hard to know for sure, says Northwestern University neuroscientist Jordan Grafman, because “it’s hard to find and track people during the conversion” process to actually see how their brains change—if at all. Some atheists may, for example, have stopped believing as a result of a neurological shift rather than initiated a neurological shift by their changes in belief. Or they may have verbally espoused a belief they never actually felt, and then slowly permitted themselves over time to stop paying lip service to beliefs at odds with their already analytic-leaning minds.

“We don’t really know the causal direction” between analytic thought and non-belief, says Jack, only that the two are associated—and that some people espouse beliefs based on their cultural context. Even pinning down atheists who used to believe in a higher power to study post-conversion is hard enough. Many Americans who lose or give up on their faith actually still believe in a higher power outside of an organized religious system—even some of those who call themselves atheists. And a many who espouse atheism never believed at any point in their lives in a higher power.

Even if losing faith in a spiritual higher power can lead to a decrease in activity in the intuitive and empathic parts of our brains, that doesn’t mean it necessarily will. Some people may just repurpose those brain circuits to focus on belief in a less spiritual but still abstract higher power. “Thinking of a higher purpose, of the concept of justice falls, broadly speaking, in the spiritual for me,” says Jack. “There’s also a very broad association between empathy and interest in justice.” Devout nationalism likewise, notes Anderson, can lead to less analytic and more intuitive thought processes, as well as to strong senses of empathetic interpersonal bonds with relevant in-groups.

And even if you truly do give up faith in a higher power, replace it with nothing, and experience some decrease in activity in parts of your brain associated with intuitive thought and empathy, it’s not as if those parts of your brain would shut down entirely. Our brains are vastly complex and, as Anderson points out, many of the circuits we use for processing belief in a higher power are tied up in other activities as well. We might be able to light up the same parts of our brains by, say, forcing ourselves to think on abstractions—to reinforce intuitive, empathic thought by many other means.

Regardless of the exact effect that a lack of belief has on our neurological activity and resultant thought processes, plenty of evidence suggests, Jack says, that “having some kind of spiritual belief is associated with being more psychologically adjusted, and with being more physically healthy because of that psychological adjustment.” Some studies suggest, for instance, that devout churchgoers have lower blood pressure on average than their non-religious peers, have better outcomes when struck by cancer, heart disease, rheumatoid arthritis, or even depression, and may even live up to seven years longer. Believers also report less anxiety, depression, and stress.

Some benefits of religion likely come down to the benefits of the supportive and broad social network organized faiths offer—regardless of the actuality, or depth, of their belief in the higher powers they center on. Some may come down to the benefits of the rituals, like prayer and meditation, associated with organized faiths. People can find these health-boosting communities and practices outside of the context of belief in a higher power, or lack them despite their beliefs.

But some of the health benefits, Jack suggests, likely stem from the power of belief in a higher power on its own to give a sense of meaning to your world, and purpose to your life. Entirely naturalistic, analytic thought, he argues, “is ill-suited to finding meaning or purpose, or finding things that motivate us or connect us to people” in the same ways abstract, spiritual thought can.

We know, Jack stresses, that “people have spiritual awakenings” to some kind of belief in a higher power, “and that’s generally associated with massive improvements in mental wellbeing, stability, and resilience.” (Some research, though, suggests that “born again” believers have greater atrophy on average in one part of the brain—damage linked to depression, dementia and depression—than atheists. Some argue this damage is caused by the mental stress of shifting towards faith, but the actual causal mechanism is unclear.) It stands to reason, then, that losing faith in a higher power completely, even if you still have community and ritual in your life, can lead to some negative psychological and physical results, even if the exact contours of those effects remain a but murky.

Even if there is evidence that believing in a higher power is good for your health overall, and can help with intuitive and empathic thought, Jack stresses that this is not a clear cut case for belief. Nothing about the science of faith’s effects on us is clear cut at this point, really. It is just interesting evidence—and something to be aware of and ready to cope with if one does begin to lose faith in a higher power, finds nothing to replace it with, and starts to experience life changes.