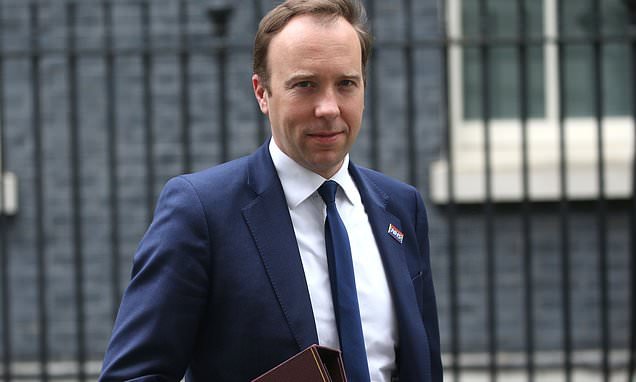 ‘We must build an NHS that works for women’: Health Secretary Matt Hancock pledges to close gender pay gap in the health service

Mr Hancock will today say he wants to promote more flexible working options for women and promote them into better-paid jobs in the health service.

He will call gender equality ‘mission critical’ for the NHS and say it needs to change to accommodate ‘how people expect to work and live now’.

And he will praise the courage of female NHS staff who have faced huge personal difficulty because of the way their jobs are organised. 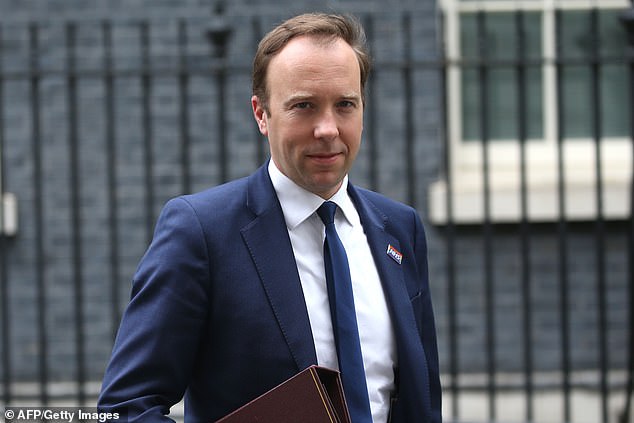 Mr Hancock, MP for West Suffolk, will make the comments in a speech at the Royal College of Physicians’ annual conference in Manchester this afternoon.

‘We need an NHS working culture that reflects Britain 2019 and accommodates how people expect to work and live now,’ he will say.

‘So it should be deeply troubling to all of us that the NHS gender pay gap is still 23 per cent, that male GPs are, on average, paid a third more than female GPs and that over half of junior doctors are women, but at consultant level it’s only a third.

‘The gender gap is a good barometer of the health of the NHS, and it’s clear we must do better.

‘Gender equality is the only way we can hope to build an NHS workforce fit for the future.

‘It’s the only way we can address the staff shortages, deliver on the ambitions in our NHS Long Term Plan, and get the workforce we need to create a sustainable NHS that will be there for all of us, for generations to come.’

NHS Northern, Eastern and Western Devon, which is responsible for providing health services to 880,000 people, was the worst offender.

Matt Hancock will tomorrow praise the courage of women who shared their stories as part of an #NHSMeToo campaign.

He will call for a more compassionate health service in response to the stories shared by medical staff.

Mr Hancock will say: ‘There were stories about doctors who couldn’t get time off to attend a wedding or a funeral.

‘I have doctors in my own family who have often missed important family events because the rota says no.

‘And there were stories about doctors who were told they had to work even when they were sick or had gone through a personal trauma.’

And the Health Secretary will recall one story he read of an unidentified doctor who wrote: ‘I needed early pregnancy scans every 48 hours because of a threatened miscarriage.

‘I would go downstairs for my scans, be told they couldn’t see a viable baby and then have to return to the ward distraught and work.

‘Everyone knew, but no-one asked me how I was. I eventually had a ruptured ectopic pregnancy and ended up in emergency theatre.

‘I was back at work within a week as we were short-staffed, having lost my baby, still no-one thought to ask how I was.

‘I had to see a lady with a miscarriage when I returned to work. And I cried and cried in the toilets.’

At the other end of the scale, women working at Liverpool Community Health Trust earned 17.3 per cent more than men, on average.

The Health Secretary will call for digital rotas to be the norm across the NHS to give people greater freedom to manage their own time and pick up shifts to suit them.

Mr Hancock will emphasise that doctors should expect rotas to be fixed a minimum of six weeks in advance.

This is in response to stories of doctors missing important personal events because of last minute shift changes.

And he wants the NHS to have a ‘more inclusive, compassionate and female-friendly working environment’.

THis could include promoting roles which are less than full time, term-time only, job-shares and, where possible, enable more home working to bring the health service in line with other sectors.

Mr Hancock will also call out recent reports of sexism and discrimination highlighted by female doctors Dr Zoe Norris and Dr Katie Bramall-Stainer as he welcomes the British Medical Association’s pledge to conduct a full investigation.

‘The NHS: it’s a caring organisation,’ he will say. ‘That’s what it does. And yet, sometimes it doesn’t care enough about its own workers.

‘So yes, we need more staff, more resources, better technology, and on my watch, we will have all of those.

‘But more than anything we need to create a more caring, a more compassionate culture.’

Dr Samantha Batt-Rawden, chair of The Doctors’ Association UK, said: ‘We are pleased to see the Secretary of State championing gender equality within the NHS.

‘The current gender pay gap, arduous rotas and inflexible working patterns are all barriers for female doctors training to become consultants or GPs, or in taking up leadership roles.

‘We were particularly pleased to see the stories of doctors who spoke up during our #NHSMeToo campaign highlighted by the Health Secretary.’