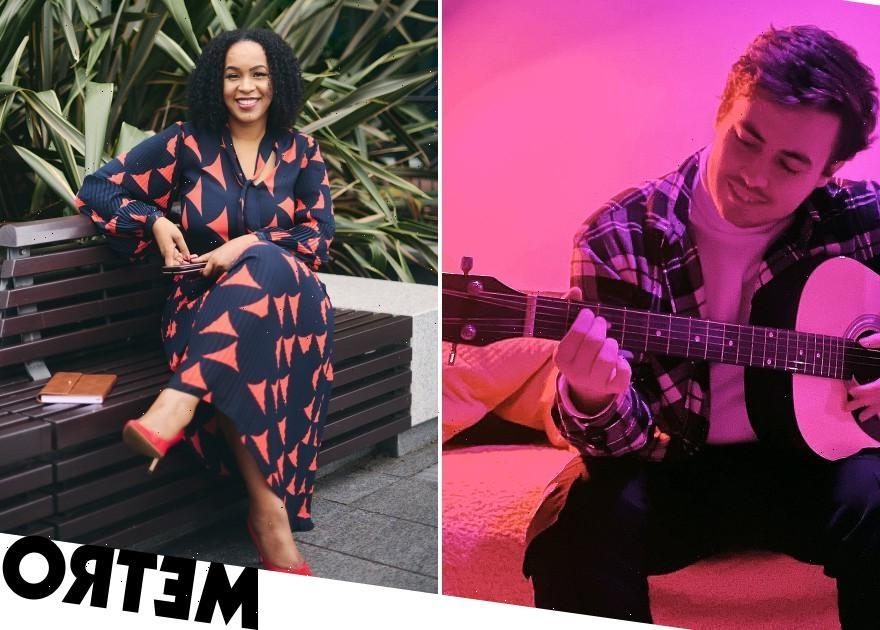 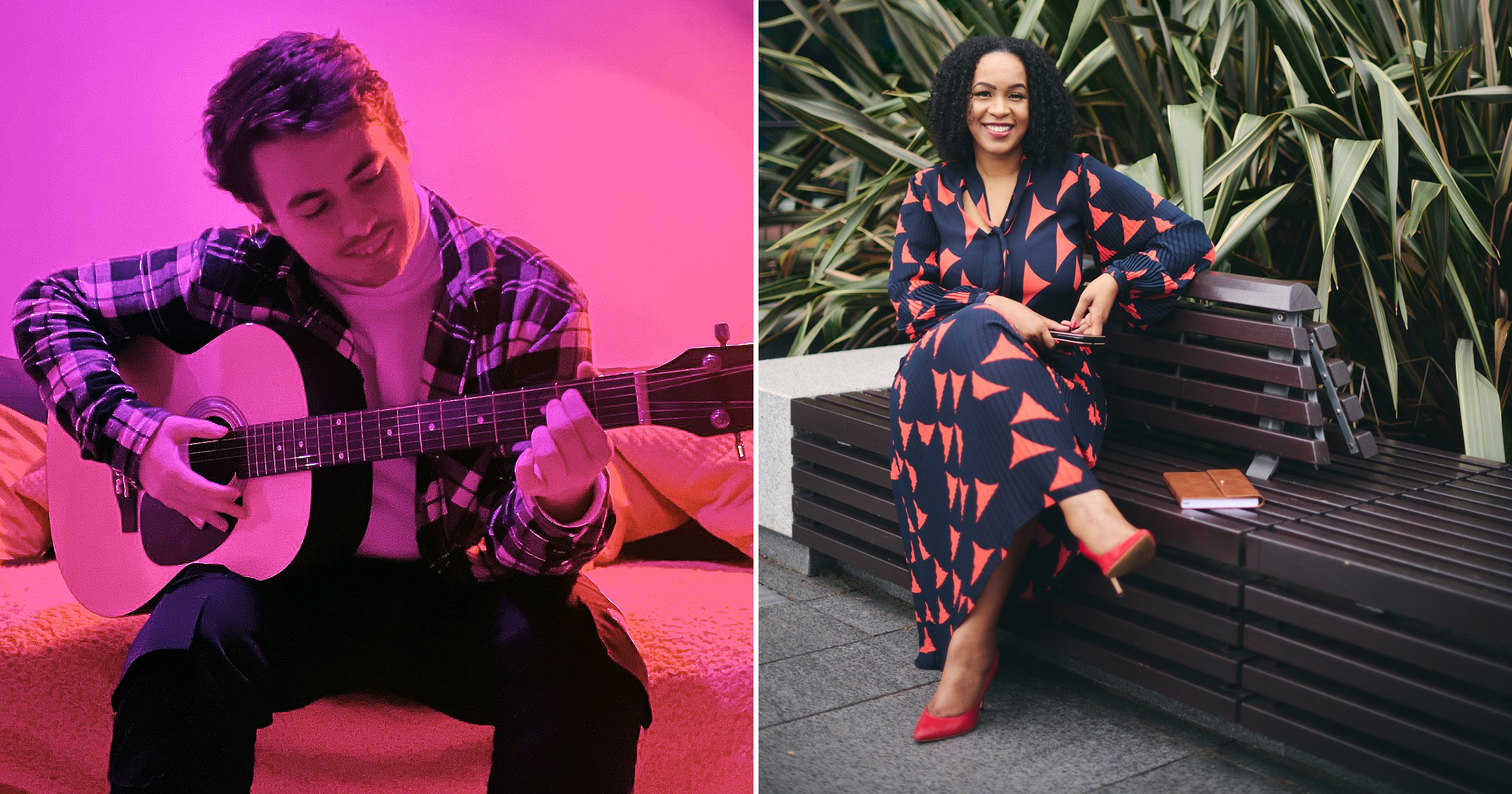 While most of us have reunited with loved ones over the last year, some people are still living in lockdown.

On March 23 2020, the UK went into what would be its first lockdown, at the start of the Covid-19 pandemic.

While a three-week lockdown sounded never-ending at the time, 3.7 million people in England living with underlying diseases or pre-existing chronic health conditions were told to stay home and shield themselves for 12 weeks. Their only access to the outside world was to open a window.

Those at high risk, deemed CEV (clinically extremely vulnerable) by the government, were told to shield themselves until the programme ended on April 1 2021. However, about 800,000 vulnerable people in England were still shielding late last year, according to the latest available data published in November by the UK’s Office for National Statistics (ONS).

Over two years on from the UK’s first lockdown, many vulnerable people still face some form of permanent isolation as society moves on without them.

But what have the last two years been like for them, and what impact has shielding had on their lives?

Stephen Cooper was working at a digital marketing agency in London at the start of the pandemic but was soon furloughed and eventually made redundant.

Stephen, who has cystic fibrosis and is immunocompromised, has been shielding at his home in Brighton for more than two years, only leaving his house late at night for evening walks when the city is quieter.

‘Keeping safe from Covid has been tough, especially since the UK ended all its Covid safety measures.’ Stephen tells Metro.co.uk.

‘I am petrified of catching the virus and what it could do to me. I don’t want to find that out.’

Shielding has been very restrictive, and most devastating of all for Stephen, 25, has been the lack of social interaction.

‘I want to go out and socialise, but I can’t. The vaccine doesn’t work well for me, so I can’t risk mixing with other people,’ Stephen explains.

‘Shielding has affected my relationship with friends and has made dating new people utterly impossible.’

Stephen wants people in his life to understand that rejecting social occasions doesn’t mean he doesn’t want to spend time with them.

‘There’s nothing more I’d like to do, but I have to take care of myself first and foremost,’ he says. The prospect of ‘living with Covid’ terrifies Stephen.

But it hasn’t all been bleak for Stephen. Despite having to carve out a new way of living, he has managed to make the most of his situation.

‘I’ve been occupying myself with my work. I’m still freelancing, so I quickly adapted from having a stable income to working for myself, and it’s going really well.’ Stephen says. ‘And I still have the occasional hobby. I play the violin, guitar and piano.’

To help him cope, Stephen has been using a sound therapy app called ‘Ed can help’.

‘It has helped tremendously with my anxiety and stress over the last two years,’ Stephen says. ‘Being able to use this app to manage my feelings has been essential. It has changed my life.

‘I couldn’t recommend this more to anybody in the same position as me.’

Cognitive behaviour therapist and psychologist, Martina Witter was shielding during the first and second lockdowns because she was taking immunosuppressants, treatment that weakened her immune system, due to a long-term health condition.

Martina, 42, from Manchester, says shielding was a mixed experience for her.

‘It was lonely and frustrating at times,’ she says. ‘But it was also an opportunity to reconnect with myself and to express gratitude as I acknowledged that this was for my benefit. I was grateful to be alive as many unfortunately have died.’

Martina had to rely heavily on friends and family to support her during this time which left her ‘feeling vulnerable’.

‘Having to depend on others was laborious and arduous as I didn’t know when the restrictions would end,’ she says. ‘But shielding allowed me to build upon my resilience through tending to my holistic needs, and I was grateful to have a spacious garden which allowed me to relax, reflect and unwind.’

Martina who is also a blogger, resilience trainer, founder of Black Mental Wealth and cofounder of Black Women in Business and Professionals Network, found many ways to occupy herself.

She created a daily schedule and threw herself into her work.

‘I established a new organisation called Black Mental Wealth in response to the Murdering of George Floyd and the amplification of systemic and structural Racism,’ she tells Metro.co.uk. ‘And I started my podcast – Rivers to Resilience – which allowed me to provide support globally in the midst of the pandemic.’

Martina also took up mindful colouring, home workouts, and connected with family and friends via online platforms and tools such as zoom, video phone calls and playing online games.

As a psychologist, Martina also has professional expertise and insight on the impact this level of isolation can have on people.

‘Greater levels of anxiety, stress, boredom and loneliness are just a few of the symptoms vulnerable people will be feeling,’ she says.

Martina recommends reaching out to the ‘Covid Aid’ charity if shielders are struggling with their mental health. They provide support to everyone significantly affected by Covid and offer support groups focusing on different topics such as Long Covid, grief and bereavement, virtual drop-ins and Covid-related courses such as how to manage fatigue after illness.

How to cope with ongoing shielding

The past two years have undoubtedly had an impact on everyone’s mental health to some degree, Dr Jorge Palacios, Senior Digital Health Scientist at SilverCloud Health, explains.

Data from the Office for National Statistics show that depression rates doubled between 2020 and 2021, and the scale of need for mental health support is higher than ever.

The clinically vulnerable have been one of the most affected groups, with the highest mortality rate across the pandemic.

‘Shielding has a big impact on the clinically vulnerable: loneliness and social isolation may in itself be exacerbated by seeing their less vulnerable peers live with no restrictions on their lifestyles,’ Jorge explains.

‘This has therefore put them at increased risk of diagnosable depression and anxiety compared to the general population.’

Jorge recommends that shielders reach out to friends, family and work colleagues to organise online calls or socially distanced meet-ups outside.

‘Those who aren’t clinically vulnerable should remember that whilst they may well feel “zoom-fatigue”, those who are still shielding may view digital catch-ups as a lifeline,’ Jorge says.

‘Other ways to take care of your mental health when at home are well-known but effective: practicing mindfulness; maintaining a journal; avoiding highly processed foods and maintaining a varied diet; even cutting down on social media and watching stressful news and world events helps substantially.’

If you have concerns about your mental health and if you begin to feel depressed, anxious, or lonely, Jorge recommends contacting your GP surgery and requesting a phone appointment.

However, if you find yourself fearful for your life, Jorge suggests contacting the Samaritans at 116 123.

If you fear someone may be at risk of taking their own life, contact the emergency services.

Martina wants to remind the rest of society, who are living restriction-free, to ‘be kind and compassionate and respect why people may be socially distancing or shielding to protect themselves or their loved ones.’