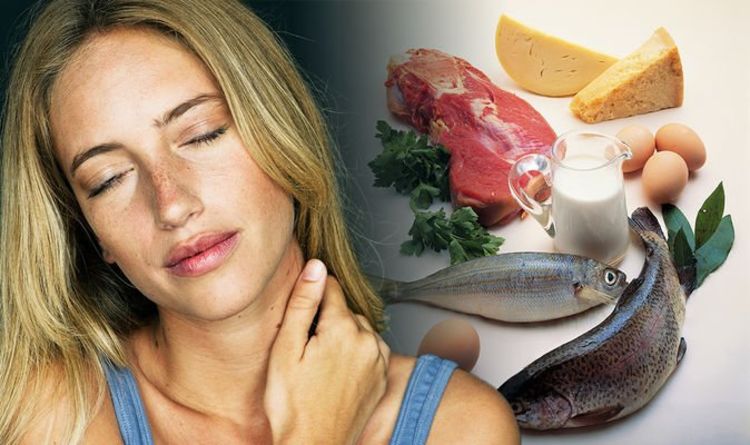 Vitamin B12 deficiency can cause symptoms such as tiredness, breathlessness and heart palpitations. Left untreated, it can lead to more serious health problems such as vision problems, cardiovascular disease and infertility. The best way to make sure you get enough vitamin B12, to avoid a deficiency, is through diet. But not all foods contain the vitamin.

The best way to make sure you get enough vitamin B12, to avoid a deficiency, is through diet. But not all foods contain the vitamin

British Nutrition Foundation says vitamin B12 is found in almost all foods of animal origin.

It adds: “Green plants provide none but it can be synthesised by some algae and bacteria, although the bioavailability of such forms has been disputed.”

Vitamin B12-rich foods it lists include:

But for vegetarians and vegans who don’t eat these animal sources of B12, how can they make sure they avoid a deficiency?

The British Dietetic Association (BDA) said vegetarians can look to eggs and dairy foods for vitamin B12. 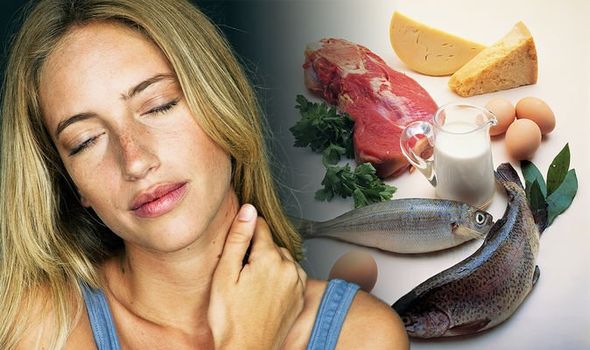 For vegans, they should look to the following food sources:

Vitamin B12 plays an important role in the body, helping the production of red blood cells.

If a person lacks the vitamin, their body will struggle to make enough red blood cells and the cells that are made can be abnormally large, with a short lifespan.

A lack of red blood cells can lead to the body’s tissues and organs being deprived of oxygen, triggering the symptoms of vitamin B12 deficiency. 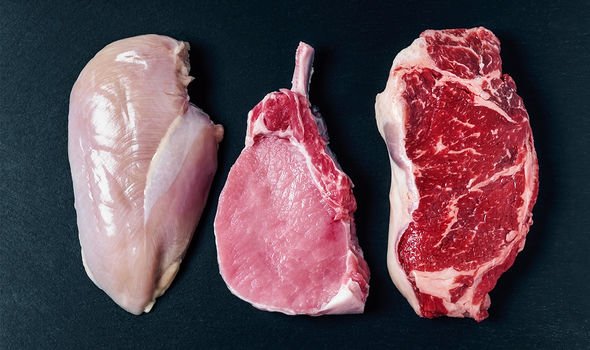 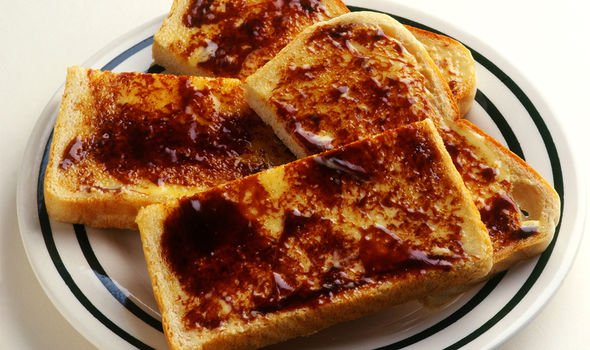 Symptoms of vitamin B12 deficiency

Bupa lists the symptoms of vitamin B12 deficiency as:

The health organisation adds: “If you have vitamin B12-deficiency anaemia, you may also look pale or jaundiced (have a yellowy tinge to your skin and the whites of your eyes).

“As well as the symptoms of anaemia, vitamin B12-deficiency may cause symptoms related to your nerves. This is called vitamin B12 neuropathy. It may affect your movement and sensation, especially in your legs, cause numbness or pins and needles and decrease your sensitivity to touch, vibration or pain. It can also cause confusion, depression, poor concentration and forgetfulness.

“These symptoms aren’t always due to vitamin B12-deficiency anaemia, but if you have them see your GP.”

Another symptom of vitamin B12 deficiency experts note may be apparent when you go to the toilet.

Who is most at risk of vitamin B12 deficiency?

The NHS Trusts explains who’s most at risk of vitamin B12 deficiency.

It says: “Vegans and vegetarians consuming limited dairy produce have a higher risk of developing vitamin B12 deficiency due to limited dietary intakes.

“The elderly population and people taking metformin for a long time can also be at increased risk of vitamin B12 deficiency due to vitamin B12 not being absorbed properly in the body.”

This may be the case for pregnant or breast feeding women and vegan or vegetarians.

If you take vitamin B12 supplements, the Department of Health advises you don’t take too many as this could be harmful.

Taking 2mg or less a day of vitamin B12 in supplements is unlikely to cause any harm.