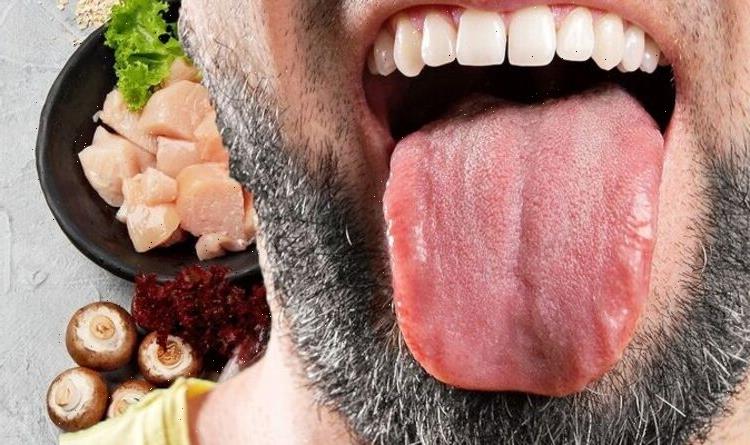 There are a number of symptoms of a vitamin b12 deficiency affecting different parts of the body, including the tongue.

If a person experiences a sore and red tongue, they have developed a condition known as glossitis. This is listed as a symptom of a B12 deficiency by the NHS.

Just like other conditions, vitamin B12 deficiency can have a number of causes.

The most common cause, in the UK at least, is pernicious anaemia.

This is an autoimmune condition affecting the stomach.

Pernicious anaemia causes the immune system to attack certain cells in the stomach preventing the body from absorbing B12.

Pernicious anaemia is most likely to affect: “women around 60 years of age, people with a family history of the condition and those with another autoimmune condition, such as Addison’s disease or vitiligo”.

Another cause of B12 deficiency could a lack of it in the diet.

Meat, fish, and dairy products normally provide enough vitamin B12 for the body; however, those on vegan diets may need to take supplements.

Other causes, if pernicious anaemia or a dietary deficiency isn’t identified, could be other conditions impacting the stomach or intestines such as a gastrectomy or Crohn’s disease.

Crohn’s disease a chronic condition where elements of the digestive system become inflamed.

The NHS says of Crohn’s: “The symptoms may be constant or may come and go every few weeks or months.”

In the future, studies suggest medicinal cannabis could be used as a treatment for the condition.

A study published last year suggested the plant could have some benefit to those with the condition.

For more information on Crohn’s disease contact the NHS or consult with your GP.